The MateBook E takes on from the original MateBook and improves every last detail of the Folio Keyboard that needed improving.
Published 23 May 2017, 08:30 EDTUpdated 25 May 2017, 22:09 EDT

Huawei has announced its follow-on to its original convertible computer along with a laptop that compares well against the MacBook and a “casual gaming” laptop.

The metal-cut Huawei Matebook E is the tablet out of trio and it is said to improve upon the first MateBook in most every way.

In addition to the regular spec bumps, we also see improvements to the included leather-bound Folio keyboard like in key travel, efficiently-managed backlighting, the use of chiclets, a more substantial trackpad and the magnetic connector’s design reduced down from seven pins to three. Its kickstand is now adjustable by in any position between 10 and 160 degrees. 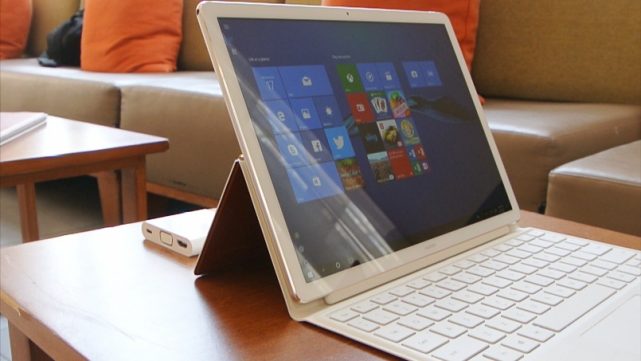 While a 3.5mm headphone jack accompanies the only USB-C port, the new MateDock accessory (provided in the box for select markets) will provide two extra USB-C connections plus VGA and HDMI ports — some boxes will see a USB-C to full USB adapter to go along. Dolby software enhances the stereo speaker experience while a fingerprint sensor embedded in the power button to enhance Windows Hello authentication. Huawei also claims 9 hours of full HD video playback time on a battery cycle, about the same as we’ve recorded on the first iteration.

Software-wise, Huawei will continue to go with the relatively clean Windows 10 “Signature Edition” image as the main option, though there will be a proprietary device manager app, a monitor manager and an app dedicated to a one-stop factory reset.

Huawei has a range of accessories include a MatePen, Bluetooth mouse (the tablet has Bluetooth 4.2 and Wi-Fi ac with 2×2 MIMO), sleeve and backpack for your purchase. 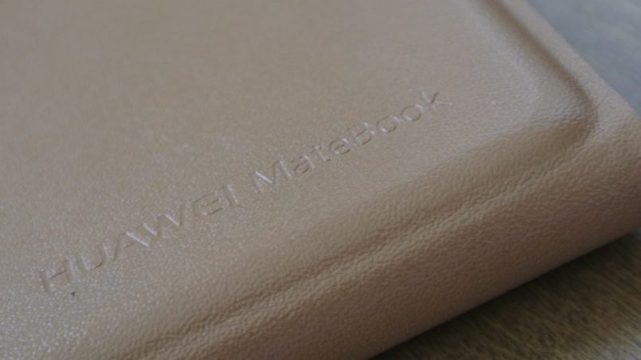 The tablet will be available in gray and gold while folio trims range from blue to brown to pink. But ultimately, we’ll have to wait until the summer for availability details region by region. Across the old continent, the second-gen convertible is priced at €999 and up, which pretty much guarantees its ultra-low-cost predecessor isn’t going anywhere for the time being.

Be sure to check out our post on the Huawei MateBook X and MateBook D to see what the company can whip up for laptops.