The Chinese telecom giant is prodding Samsung and its Galaxy Fold with this new device that folds flat. But the Huawei Mate X doesn’t lie flat.
Published 24 February 2019, 08:45 EST

“Anything you can fold, we can fold better.” If Huawei could sing, it would sing to Samsung and its Galaxy Fold phone. And then it would come up with this.

The company has introduced the Mate X which it dubs “the world’s fastest foldable 5G phone.” Barring the quirky confusion about whether it can be the fastest phone to fold, Huawei has backed up its claims with speed tests and optimizations promoting the fact that not only does it make phones, but it makes the 5G networks that exist around them — a pointed statement in a politically-charged atmosphere over Huawei’s cybersecurity policies.

Beyond all that, we’ve got a Kirin 980 chipset paired with the 5G-capable Balong 5000 modem and a quad-array antenna system for reception — this combination has helped produce downlink speeds of up to 4.6Gbps with sub-6GHz networks, though we’d like to know more about its performance in millimeter wave spectrum, which it does support. 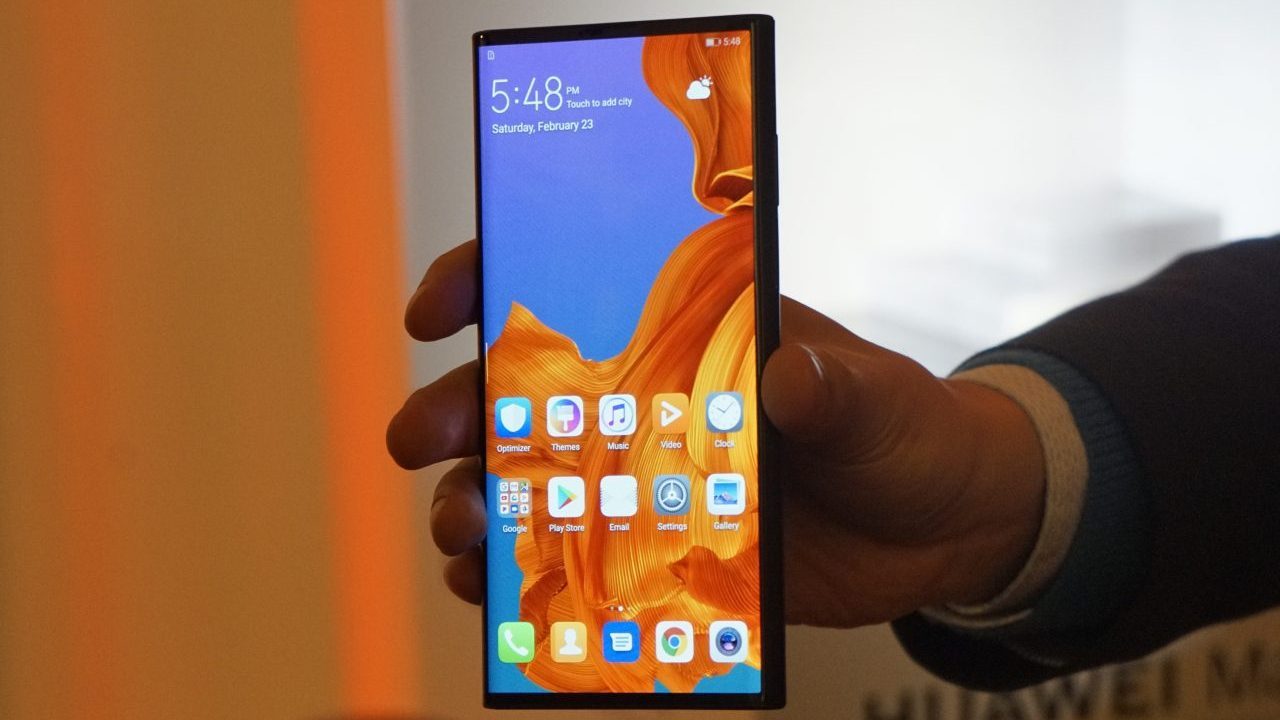 To the folding part, the 11mm diameter, highly-patented “falcon wing” hinge allows the flexible 8-inch OLED tablet-esque display to fold completely flat unlike the Galaxy Fold. However, while a 5.4mm thin slab may look pretty, it won’t be able to lie completely flat thanks to a protuding bar along the side of one of the panes. This bar contains, the USB-C port and a four-camera Leica system — specs were not readily available at the time of our briefing. That said, it does fold flat into an 11mm thick package.

Within the package is a dual-cell battery rated at 4,500mAh. But the surprise here is Huawei’s new SuperCharge 55-watt protocol, pledging to give an 85-percent charge in half an hour. The same adapter here can also charge the MateBook at 65 watts.

When folded, the Mate X shows off its 6.38-inch and 6.6-inch displays. It allows for users to easily feed back on their camera’s viewfinder in real-time. 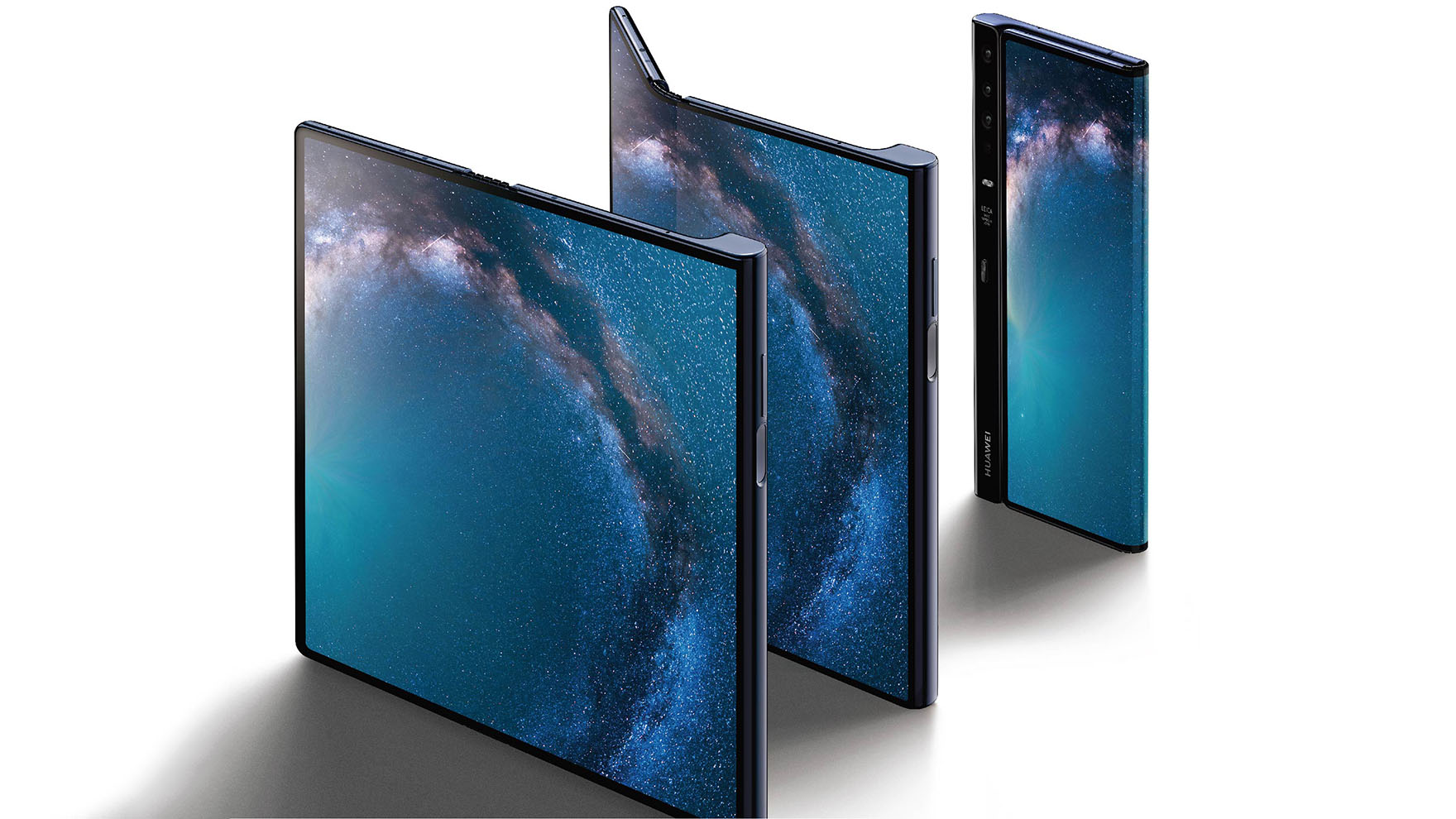 No notches, no punch holes, just large, vast displays covering almost all the surfaces they exist on.

And if you didn’t think there would be a case to protect the Mate X, Huawei has one. You probably won’t get to see the Interstellar Blue color shine through, but that doesn’t necessarily matter. 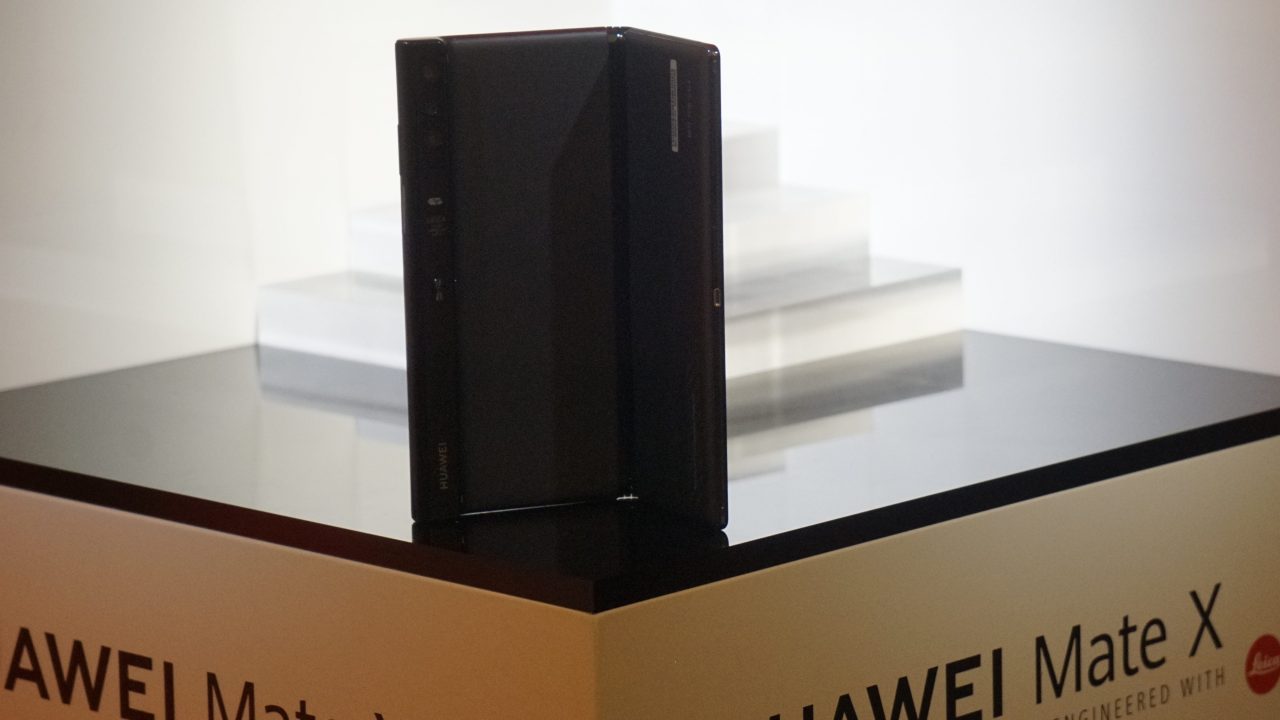