It must be awfully frustrating for Huawei to see its next-gen flagship phone strutting its stuff on the interwebs less than 24 hours ahead of a planned IFA 2015 announcement in Berlin, especially given the Chinese device manufacturer managed to keep a pretty tight lid on visual leaks all this time.

Of course, we’ve known the Mate 7 sequel was headed for stores soon since a while back, though its very rumored name suggests it’s more of a spin-off and incremental upgrade than a full-on follow-up.

Purportedly powered by a Kirin 935 SoC, not a 950, and sporting a Full HD 5.7-inch screen, the Mate S looks extremely similar to its predecessor in renders and hands-on images outed by two rock-solid tipsters.

It’s still made of metal, apparently, the vertical display borders are almost non-existent, and around the back, a fingerprint scanner promises to enhance conventional Android security. The rear camera ring is altered to make more of an impression on fashionistas, while the dual LED flash contrivance is situated to the main photographic unit’s right. 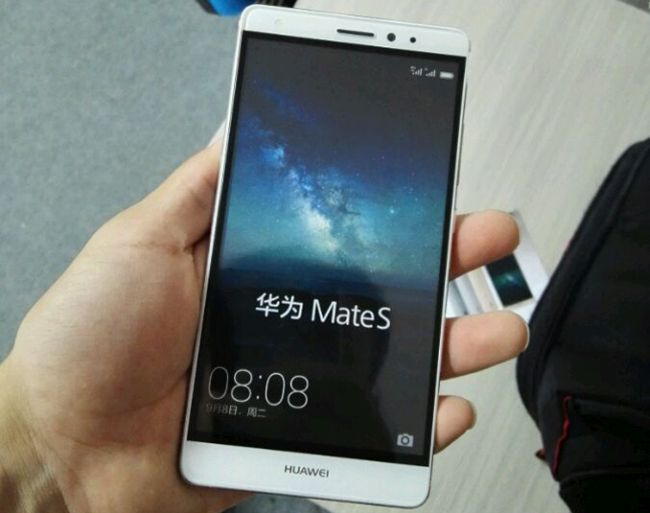 You should also expect a subtle curve near the edges of the screen, and above all, Force Touch adoption for gesture interaction like nothing you’ve seen in the past and close to what Apple is planning for the iPhone 6s and 6s Plus.

Other hardware improvements will supposedly include a jump from 2 to 3GB RAM, as well as rear and front cam sensor bumps to 20 and 8 megapixels respectively. It looks like the Huawei Watch might be tomorrow’s event headliner after all.