Is the Huawei Mate S an iPhone 6s killer? Huawei just one-upped Apple with a Force Touch display of its own at IFA 2015.

Huawei didn’t come to IFA this year just to get sales rolling on the Huawei Watch – even though we are grateful to finally get the details on that, considering we’ve been waiting since winter for sales to start. Beyond wearables, Huawei also has a new premium smartphone to introduce, and today announces the Mate S, armed with a bevy of attractive features, including one that’s bound to have Apple sitting at attention: not only does the Mate S get a pressure-sensitive touch interface, but Huawei’s even calling it Force Touch.

Force Touch on the Mate S will allow users to hard-press to zoom, trigger app-launch shortcuts, and even use the phone as a makeshift scale: just lie the Mate S down, place an item on its screen, and the phone will estimate its weight.

The Mate S also gets a 13MP camera with RGBW sensor, sapphire lens, and optical stabilization. Around front, you’ll find a high-res 8MP sensor with LED illumination (Huawei’s calling it “soft lighting” rather than a flash).

Huawei gives the phone its Fingerprint Sense 2.0 technology for improved scan times and accuracy with the integrated fingerprint scanner. A mode called Knuckle Sense helps the Mate S recognize when you’re tapping the screen with a knuckle and supports alternate input modes, like quick photo crops or access to app shortcuts.

The Mate S gets a 5.5-inch 1080p display, has a curved body that tapers down to 2.65mm on the edges, and uses a “2.5D” curved Gorilla Glass 4 screen. Look for the phone in four colors: gray, gold, champagne, and pink. A nano coating helps keep electronics dry, there’s dual-SIM support, and Huawei plans to make available a number of case options, including leather designs. Worldwide sales are set to get started soon. 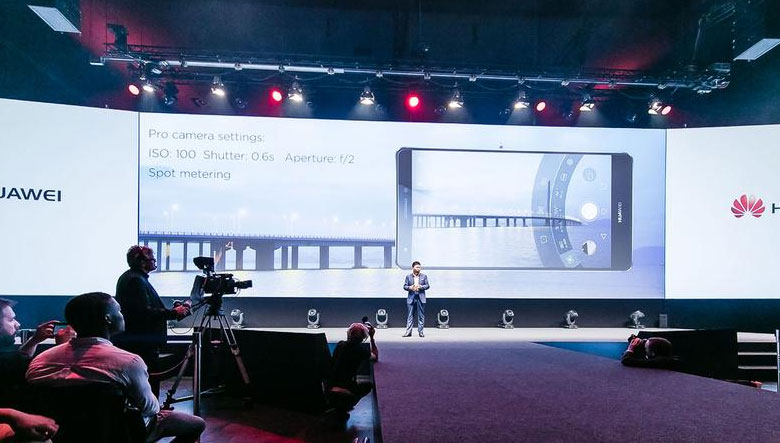 Update: Force Touch may not be available on all Mate S handsets. We’re still looking for details on where it will and won’t be available.

Google Translate’s Live Transcription feature is currently exclusive to Android, but Google plans to bring it to the iOS ecosystem as well.