The wait is over, the Mate 30 and Mate 30 Pro are official. Now what? This is Huawei’s most important phone launch, and it’s not even about the phone. The Chinese tech giant is at the crossroads; with the Mate 30-series of phones, Huawei can make it or break it. It’s all because of the current status quo, the U.S.-China trade-war, the ban imposed on the company by the United States, and, consequently, the lack of Google support.

The phone does run Android. It uses the latest version, 10, and it’s built using an AOSP version, but without Google Mobile Services (GMS). Huawei had to resort to its own, Huawei Mobile Services (HMS), in order to grant (official) access to apps available in its AppGallery. 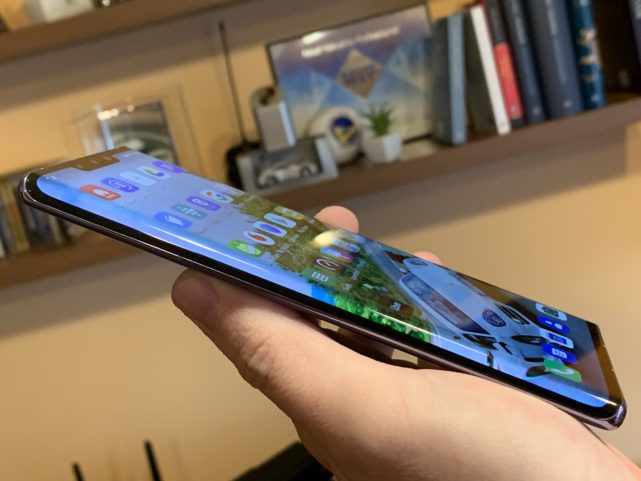 The specifications (you can look the up in the specs-table above) are off the charts. This phone is, on paper, the best phone of the year. It’s a 2020 phone launched in 2019. But, just like that hyper-car above, it’s great to look at, but what good is it if you can’t really drive it at its full potential?

Huawei threw everything inside the Mate 30, and especially, the Mate 30 Pro. At a first glance, almost as if the company wanted to make up, or compensate, for the lack of Google support. But that’s not true; Huawei has always been pushing the envelope, and has been innovating for quite some time.

While the P-series focus on photography features, it’s the M-series that focus on raw horsepower and performance. With the Mate 30-series, there’s no compromise. Again, on paper, because once you take it out of the box, shove a SIM card inside, and start setting it up, it’s this particular moment that you start realizing how much we’re relying on our apps. 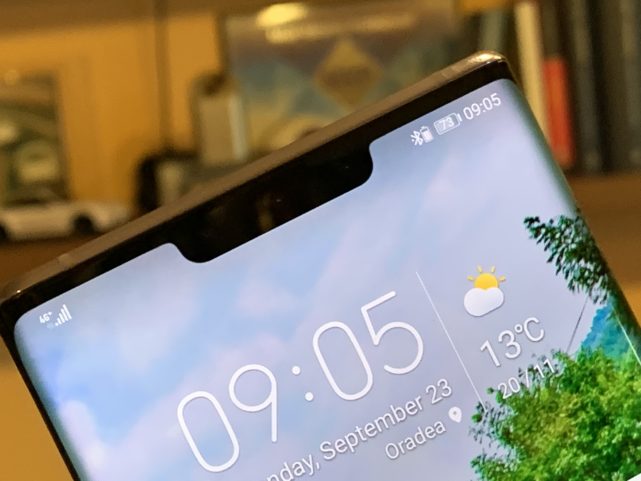 With no Google services, there’s no Google Play. Without Google Play, you don’t have access to apps distributed in the Store, even if they’re not Google’s applications. Sure, you can sideload APKs (and we all know the risk of installing apps from third party sites or stores), but even then you might run into an application that will require some Google files or libraries, and it will crash.

Not to mention that if you are relying on a specific app, say, for your bank, local taxi company, airline, or anything that is not global, you won’t find it in the Huawei AppGallery. Heck, you won’t even find Facebook, Instagram, or WhatsApp.

So where does that leave the Huawei Mate 30 and Mate 30 Pro? There are two sides of the story.

If you are going to be using the phone the way Huawei intended (this is a longer conversation, as Huawei was forced into this situation), you’ll likely be frustrated because of the lack of (safely and easily installable) apps. You’ll have a gorgeous collection of photos and videos you took that you can’t share anywhere. 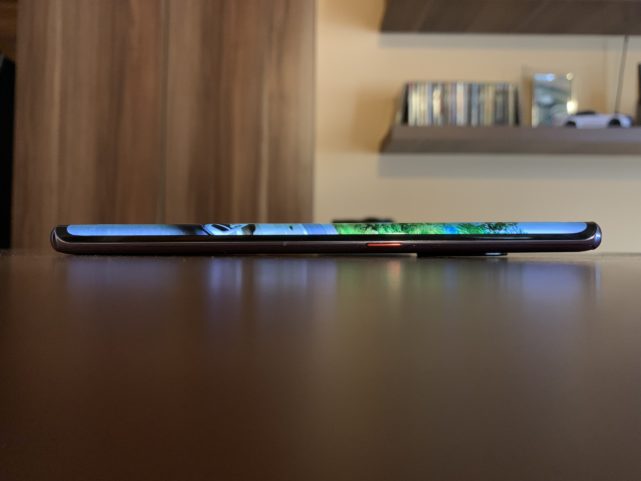 But there is light at the end of the tunnel. When I asked CEO Richard Yu, at a press conference after the launch event, how much time would it take for Huawei to push Google Mobile Services to phones, should things return to the way they were, the answer was “over one night”. But will it ever be the way it was? Who knows?!?

Even so, there are unofficial ways to fuel up this car’s tank, as in install Google Services on the Mate 30, and unleash its full potential. Some are more difficult, some are one click solutions (you’ll notice that we’ve managed to breathe life into our review unit, and rather easily). Even so, it’s not sure whether these workarounds will still work on final units off the shelf, just as it is currently not known whether Google can do something to block side-loading of its services and apps on Mate 30-series phones. 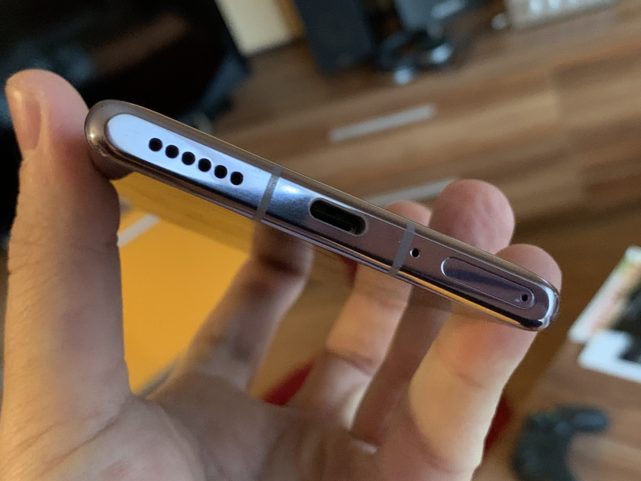 All this drama with the blacklist and Google support steers the conversation away from the device, which has the potential to become the best Android smartphone of 2019, and even 2020 in part. Simply put, it is gorgeous.

That Horizon Display hugs the sides of the phone in an 88 degree curvature with no distortions or loss of contrast. It blends seamlessly into the chassis of the phone, which flows naturally into the super glossy glass back, which, in case of our review unit (the space silver), is a fingerprint magnet.

The circular ring outside the round camera arrangement is achieved by sanding the glass in a different direction, but it is from the same material, without any gaps between it and the rest of the phone. Whether you like this or not is up to your personal preference, but this is how Huawei wants to convey that professional (Leica-inspired) camera lens look. 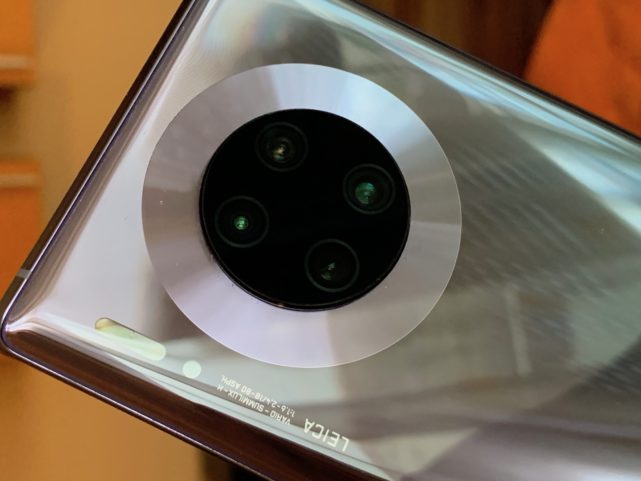 We’re yet to put the camera to the test, but, knowing Huawei’s previous phones, from the P20 Pro to today (Mate 20 Pro, and P30 Pro), we expect it to be a solid performer and a benchmark setter. Huawei insisted on the fact that there are two big sensors inside the phone, while the competition only employs a smaller one. This should come in handy for night-time photos, something the presentation focused on heavily. And we’re really curious about that insane Super Slow Motion mode with 7,680 frames per second.

There’s no 3.5mm headphone port, but there are also no buttons, except for the power key on the right edge. Volume can be controlled by touching the sides of the device, available both on the left and right, which takes a little bit of getting used to, but once mastered, you understand the reason behind removing the buttons.

There’s also no earpiece. Huawei, like some of its competitors before, is employing a sound emitting display, a necessary compromise for a smaller notch that packs more tech than before. It contains the selfie camera, an ambient light and proximity sensor, two 3D depth sensing units, and a gesture sensor. Yes, gestures are supported, but it’s more of a gimmick; more on that in our full review. 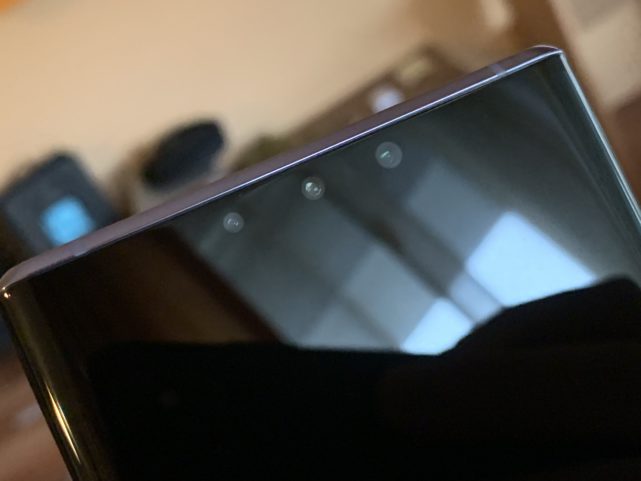 About the only negative thing we can say about the Mate 30 Pro, and we’re nitpicking, really, is the downgrade from stereo speakers to a single, bottom-firing speaker, which is loud and clear and has great sound quality, but its output is, at the end of the day, mono.

There’s a lot to talk about when it comes to the Huawei Mate 30 Pro. Our coverage begins as we dive deeper into what is the first Huawei phone to launch with no official Google support. We’ll put it through its paces, test out performance, photography, battery life, and the usual categories as we prepare for our final review, coming soon.