We have new information from the Huawei Mate 20 and Mate 20 Pro that doesn’t come from IFA 2018. These are new leaks that have appeared that give us a clear idea of how the devices will look like upon launch.

This year’s Huawei Mate 20 will look a lot like the Huawei Mate 10 Porsche Design with an elongated vertical camera layout on the rear. The Mate 20 Pro on the other side has a more interesting camera setup that should include monochrome and color sensors on the bottom two sensors along with a telephoto lens beside the flash. These sensors are supposed to have 12MP, 20MP and 8MP resolutions respectively. These new devices are also expected to bring a notch like the one on the Essential Phone. Their rumored specs include Huawei’s latest Kirin 980 processor, 6GB of RAM, 128GB of storage space and a 4,200mAh battery. 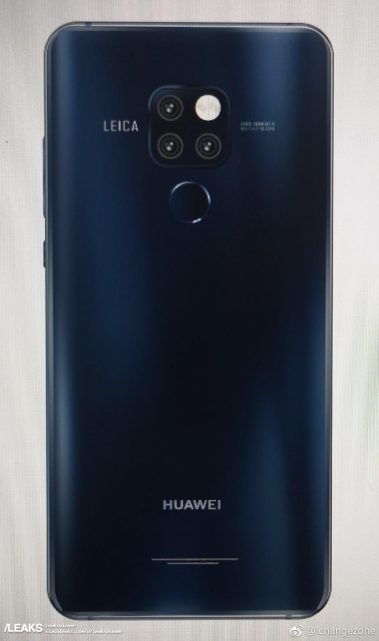 We won’t be getting in display fingerprint sensors in the screens of these smartphones since we can see them placed on the back of the devices. Now we only have to wait for official information or for the launch of these units that are supposed to be scheduled for October.