Whether you like its arguably divisive exterior or not, the Huawei Mate 10 Pro (and a slightly less controversial-looking “regular” variant) definitely has what it takes inside to challenge existing mobile powerhouses like Samsung’s Galaxy Note 8, the LG V30 or Apple’s iPhone X.

That includes a brand spanking new Kirin 970 chipset with a dedicated Neural Processing Unit, aka built-in AI capabilities, making the ultra-high-end phone(s) feel alive and always in control of each user’s specific needs, desires and preferences.

In addition to boldly trying to change the flagship mobile device game, the Mate 10 and Mate 10 Pro will obviously engage in the typical specification wars, presumably matching the Galaxy Note 8’s RAM count, water and dust rating, as well as screen resolution, while pushing battery capacity and camera features to new heights. 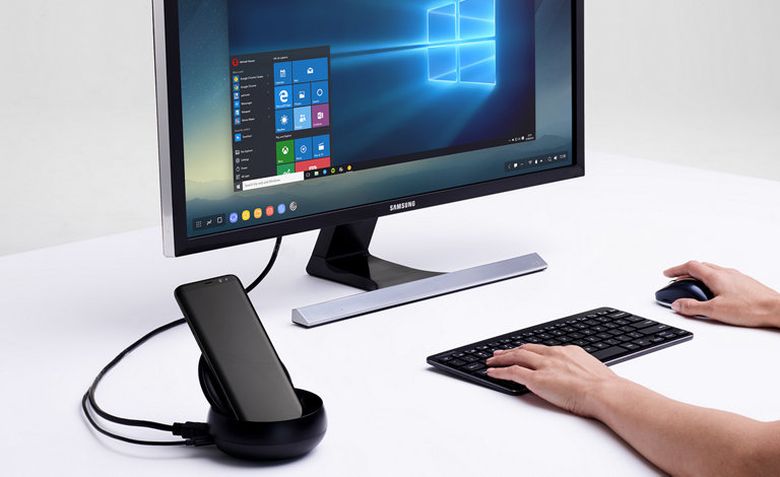 Huawei may even try to stand up to the Korea-based market leader in versatility and productivity, rumor has it, with a DeX-like desktop dock. The Galaxy S8 was by no means the world’s first handset capable of effortlessly transforming into a full-screen PC, but Microsoft, for instance, pretty much abandoned the Continuum initiative when giving up on Windows Phones.

If recent online reports prove to be true, Huawei’s main advantage over Samsung could be native compatibility with not just the company’s proprietary “desktop extension”, but also third-party products like the Mirabook or Superbook. Interestingly, the CEO of the former’s manufacturing outfit apparently confirmed the “secret news” of the “new Huawei smartphones announced on 16 October” touting a “DeX like feature” with official Mirabook support.