Since re-jiggering its mobile photo quality scoring system, DxOMark has retracted its 87 rating for the Huawei P10. After the reference lab starting weighing in zoom and bokeh features, it retested some phones and dumped the old results of others — including the P10 and prior Huawei phones.

The Huawei Mate 10 Pro is the first device from the Chinese manufacturer with Leica-endorsed lenses since the new scale took effect. It matched the Galaxy Note 8 with a photo subscore of 100 and nearly matched the Google Pixel 2’s top overall score of 98 with a 97. The video subscore was marked at 91.

On stills, colors tended to favor a warm look with red being the favored hue. The two mono/color rear sensors’ wide dynamic range helped save window-backlit subjects and even provided detail to outside aspects. In terms of acquiring subjects for a portrait-style photo, the focusing system was not only able to detect the subject, but identify other objects within the focal plane with reliable results. There’s some underexposure on that feature and the color reproduction is a little more iffy. 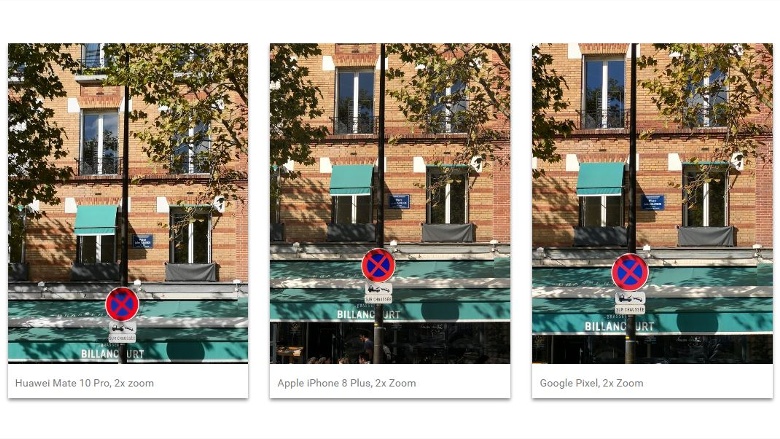 There’s no optical zoom lens on either camera, but detail preservation at 2x range has been rated as better than the single rear camera of the Google Pixel — presumably the 2016 model, not the 2017 model.

Video had all the good hallmarks to it in color, focus and stabilization, though testing showed adverse texture evaluation in challenging lighting situations.

For more details, you can hit the source link below. We’ll provide our own Real Camera Review for the Mate 10 shortly.

iPhone 13 Mini – and the vanilla iPhone 13 too – will reportedly flaunt a diagonal rear camera lens alignment and a smaller notch.