The highly anticipated Huawei Mate 10 and Mate 10 Pro are official at last, with premium designs, phenomenal cameras and a lot of AI enhancements.

Whether Huawei will finish the year in second or third (probably, third) in the global smartphone vendor rankings, the Chinese company’s latest flagship phone (s) must be taken seriously in the extremely heated battle for this holiday season’s heayweight title.

Less divisive than the iPhone X in their bezel-shrinking approach, and feeling a lot fresher than Samsung’s Galaxy Note 8 as they look nothing like the P10 and P10 Plus, the Huawei Mate 10 and Mate 10 Pro are destined to turn heads as soon as they’ll hit the streets.

Remarkably enough, we’re dealing with two hot new Android powerhouses that pull off a decidedly more refined and premium look than even their marvelous predecessor. They’re both exquisitely curvaceous and sleek, but only the “regular” Mate 10 loses the Mate 9’s frontal Huawei logo, squeezing a physical home button hiding a fingerprint reader instead into a respectably thin “chin.” 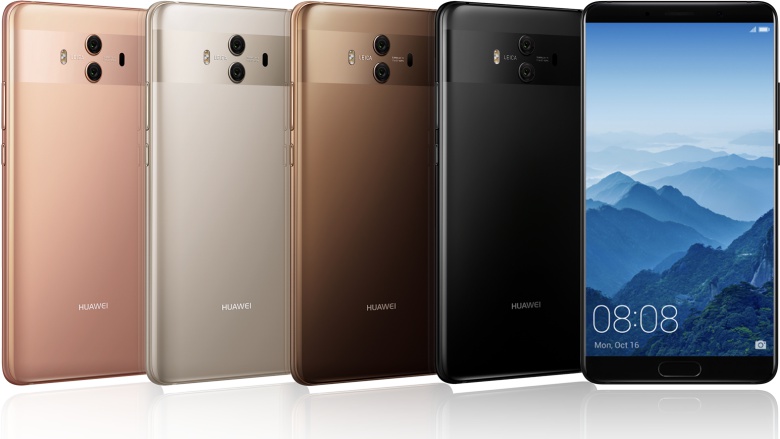 In contrast, the Mate 10 Pro retains the Mate 9’s rear-mounted biometric sensor and a teeny-tiny logo on the front. A pair of impressive Leica-powered rear cameras headline the list of pivotal selling points once again, sporting f/1.6 aperture for both the 20MP monochrome and 12MP RGB sensors. Take that, LG V30!

But Huawei insists even more on a unique set of “intelligent photography” features than “New Leica Dual Camera” technology as a major highlight of both the Mate 10 and Mate 10 Pro. Artificial intelligence makes Real-Time Scene and Object Recognition functionality possible, automatically choosing the perfect camera settings for any environment or focal point.

It sounds almost distressingly easy to take great photos of… whatever, whoever, whenever, without ever changing a setting or doing anything besides pressing the shutter button. Of course, we’ll have to more rigorously analyze the “AI-powered Bokeh Effect”, “AI-powered Digital Zoom” and “AI Motion Detection” in our upcoming real camera review to see how useful they can be in the long haul. 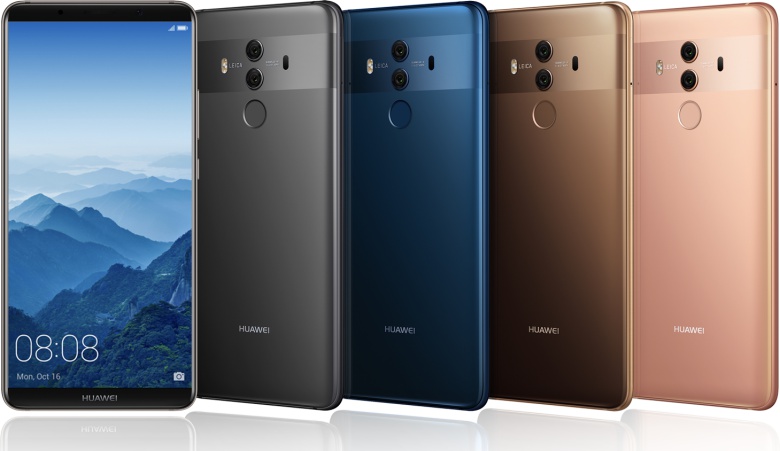 As previously announced, and repeatedly teased over the past few weeks, AI is an integral part of the Kirin 970 chipset, which comes with a built-in Neural Network Processing Unit (NPU).

The specifications on the whole are as impressive as you expect, so it should come as no surprise that the Mate 10 is priced at €699 for “more than 15 countries and regions” including Spain, Singapore and Australia, with the Mate 10 Pro fetching €799 across “more than two dozen countries” like Germany, France, Italy, Malaysia and Thailand. 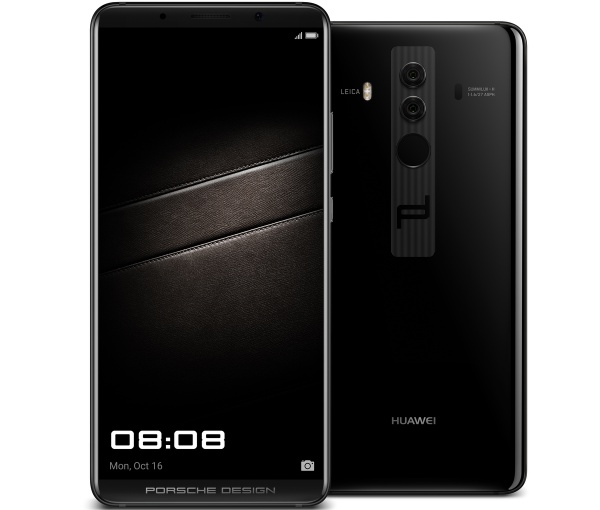 There’s also an obligatory Porsche Design Huawei Mate 10, which is basically just a Mate 10 Pro in “Diamond Black” with a couple of fancy logos and a whopping €1395 MSRP. By the way, the Mate 10’s color options include Mocha Brown, Black, Champagne Gold and Pink Gold, with the Mate 10 Pro retaining the Mocha Brown and Pink Gold hues while adding Midnight Blue and Titanium Gray in the mix as replacements for Black and Champagne Gold.