Mere days before unveiling the P10 at MWC, as well as internationally launching the Honor 8 Pro, Huawei has domestically taken the wraps off the Honor V9.
Published 21 February 2017, 09:40 EST

Some of those aren’t even official yet, although we know an awful lot about them, while the Honor V9 has just been unveiled in China before likely making its way internationally under the Honor 8 Pro name.

No words on pre-loaded Alexa voice support… yet, with the same Kirin 960 processor inside the Honor V9 as on the Mate 9, but memory options capping off at a record-tying 6GB instead of “only” 4 gigs. 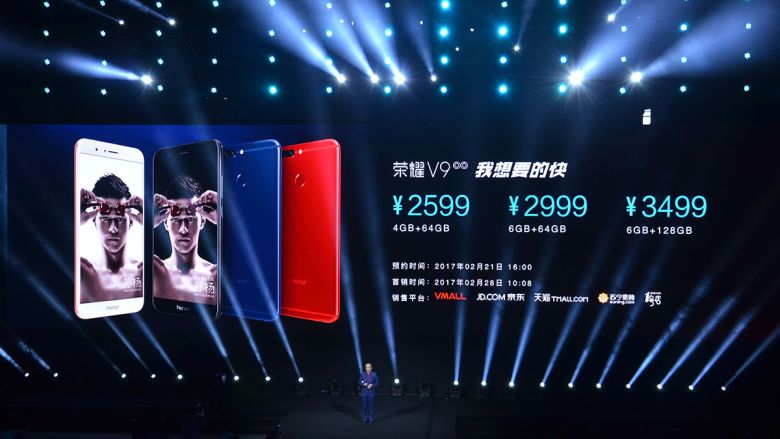 Visually similar to the Honor 8, horizontal rear camera, circular fingerprint reader and all, the Huawei Honor V9 replaces shiny glass with metal on its back, letting you choose between four snazzy paint jobs: gold, black, blue, and red.