Save the April 5 date, Android phablet fans on the old continent, as the 5.7-inch Honor V9 is likely headed your way, slim bezels, big battery and all.

Not that impressed by the largely iterative Huawei P10, as perhaps you’d like moar screen real estate, less bezel, and even some 3D camera gimmicks to fiddle around with? Sad to hear the Chinese company’s stance on the smartphone memory “arms race”, as you’d at least fancy giving a 6GB RAM portable powerhouse a whirl?

Don’t worry, because the domestic-exclusive Honor V9 oddly unveiled just ahead of the 2017 Mobile World Congress is about to go international. Probably. Maybe. Hopefully.

Huawei’s online-first, budget-focused sub-brand doesn’t quite spell out the identity of a mysterious device headed to the old continent on April 5, but it’s definitely either the aforementioned Honor V9 or experimental Honor Magic. What else could it be? 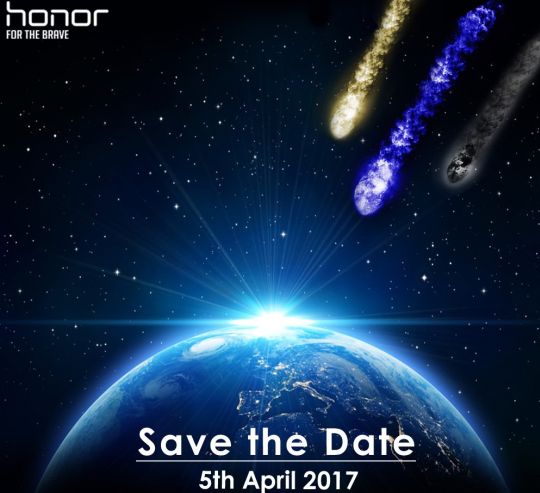 Much like the “edgeless” Xiaomi Mi MIX however, that AI-powered, ridiculously curvy Magic feels unprepared for global primetime, as well as a mass-manufacturing nightmare. Hence, you can bet the farm on a more conventional-looking 5.7-incher’s expansion, complete with non-Leica dual 12MP rear-facing cameras, Quad HD display resolution, up to 6GB RAM, 4000mAh battery, Kirin 960 processor, and amazingly enough, 7 mm profile.

Coated in your choice of gold, blue or black, as per Honor’s “save the date” invite, the V9 may get renamed to Huawei Honor 8 Pro in Europe and, fingers crossed, North America.