Is the new Huawei GX8 the company’s answer to the OnePlus 2? Check out the specs and judge for yourself.

Chinese juggernaut Huawei has had a tough time breaking into the US market, but that didn’t stop the company from becoming the world’s third-largest mobile phone vendor in 2015. Buoyed by a well-received smartwatch and maybe the best Nexus phone ever, Huawei is kicking off 2016 with small revisions of each, as well as a new tablet that looks to offer a fuller, richer media experience. We just told you about those, and now we’ve got some news on the phone front, as Huawei prepares to bring its G8 to US shoppers.

Huawei is following up its G8 global midranger with a US-specific version, the GX8. Like its globetrotting cousin, this handset sports an all-metal unibody chassis with an “ergonomic, beautiful” design, a 5.5-inch display and a fingerprint sensor with a 94% success rate at unlocking the device on the first try. 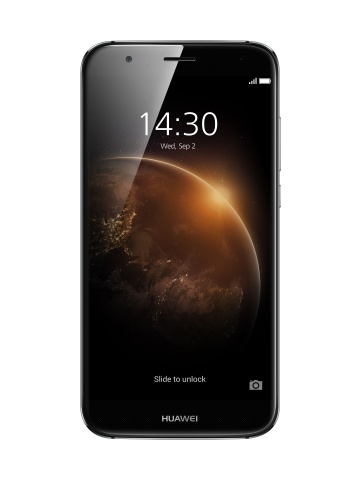 With Android 5.1, 2GB of RAM, and 16GB of storage (albeit augmented by microSD), the GX8 packs a fairly average spec sheet, but Huawei isn’t trying to create a spec beast. It’s trying to bring the premium look and feel of its high-end Mate line to its entire portfolio – a look and feel not always found in the mid range.

With plans to sell the phone for just about $350 unlocked, the GX8 sounds a lot like Huawei’s North American answer to the OnePlus 2. US buyers looking to test how well it compares will be able to pick it up at Amazon and Huawei.com starting early in Q1.

Taken together with the global launch of the high-end Mate 8, Huawei’s new product portfolio is a modest but solid springboard into 2016. Some of the the manufacturer’s choices gives us pause, like older Android underpinnings and the continued lack of carrier deals here in the States – but Huawei is still heading into the new year with a successful Nexus under its belt, one of the best smartwatches around, and what seems to be a compelling range of mobile products. We’ll be going hands-on with those products in a few short minutes here at CES 2016 – stay tuned!