Huawei G9 looks to breeze in on May 4

When Huawei decides to put out a flagship, there comes flying from the factories a few of its friends. Something large. Something small. Sometimes, some thing that’s a little mid-ranger.

And that’s where we get to know the Huawei G9 over some paint-poisoned fruit and some Ferrero Rocher. Yes, we know that the US just got hold of the Huawei GX8, but we’re talking China here and they’re looking forward to a May 4 event for this new device. 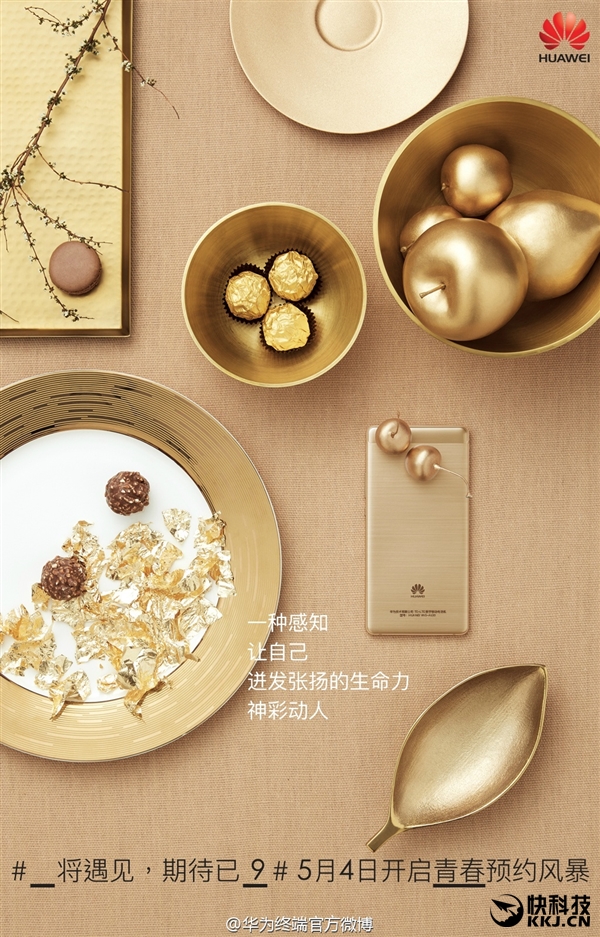 We’re hearing a few analogues that connect the G9 to the Honor 5C, the main one being that they share use of the Kirin 650 chipset — eight cores clocked highest at 2GHz. The G9 and 5C also have screens spanning 5.2 inches with full HD resolution as well as the same camera resolutions, fingerprint sensors, plastic bodies and Android Marshmallow.

Huawei’s phone is blessed with more RAM though, a full 3GB. Also unlike the 5C, the G9 has proper cross-carrier band support in China. Finally, surprise plot twist — there may be a higher-priced version that’s said to use a Qualcomm Snapdragon 600-series chipset, too. That model may go for as much as ¥1,988 ($307) while the Kirin model could go for ¥1,688 ($261).

When we compared the Huawei GX8 with the Honor 5X, we saw some differences — some subtle, some major — between the two. We have a feeling that we’ll see some swings and roundabouts between the G9 and 5C.