Everyone called it the “AirPods killer” back in September when Huawei announced the Freebuds 3 at IFA 2019. Well, Apple upped its game just yesterday as it announced the AirPods Pro, and they really need to prove themselves as a worthy competitor to the Freebuds 3, as Huawei has once again raised the bar. The Chinese manufacturer equipped the Freebuds 3 with intelligent sound; that’s because they feature a dedicated Kirin A1 chip.

This Kirin A1 chip is the world’s first certified BT/BLE dual-mode Bluetooth 5.1 SoC, which enables stable, fast Bluetooth connection, and an accurate audio and video synchronization. It is also responsible for eliminating background noise during calls and enhancing your voice simultaneously, working in tandem with the Bone Sensor, which picks up your voice through bone vibrations, and enhances it.

As with everything, Huawei packed a lot of technology inside the Freebuds 3. And the innovation doesn’t stop on the inside. The Freebuds 3 are just as pretty to look at as they’re smart. They come in a glossy finish, perfectly round, pebble like charging case, and feature a unique design which is comfortable and lightweight, without compromising on functionality. 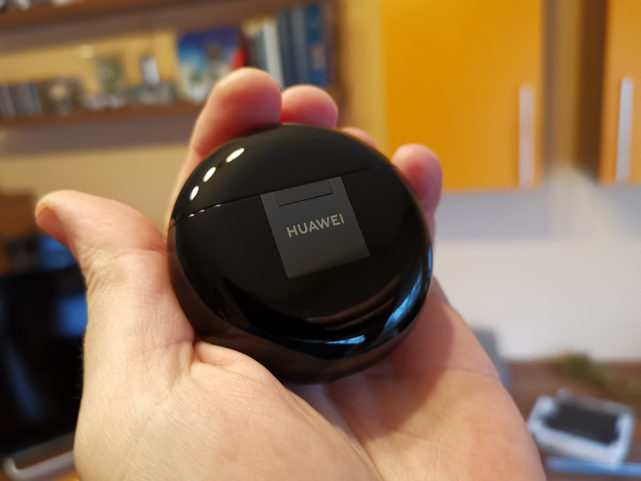 The case itself can be charged both wirelessly, and via a USB Type-C cable, and is able to deliver 20 hours of sound to the Freebuds 3, which, once fully charged, are good for 4 hours of listening time. If you ever run out of juice while on the go, you can always use the reverse wireless charging option on your phone, if supported, to charge them, like we did using the Mate 30 Pro. 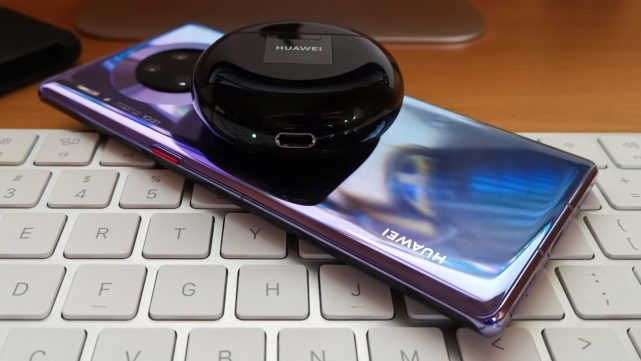 The 14.2 mm dynamic driver inside the earphones delivers a nice, pleasing sound, that’s rich, and packs an oomph and punch good enough to satisfy even the most demanding listeners. Huawei opted to move away from the in-ear design, which offered passive noise cancellation, to an open design, which is more comfortable. However, the Freebuds 3 feature active noise cancellation, which can be customized by using the Huawei AI Life app.

Speaking of the app, it is not available for iOS, so Apple users won’t be able to adjust noise cancellations. They’re probably better off with the AirPods Pro. Android users can all download the app and tweak noise cancellation, but only Huawei phones with EMUI 10 (only Mate 30-series at the moment, but more devices will get EMUI 10 soon) can benefit from extreme low latency. 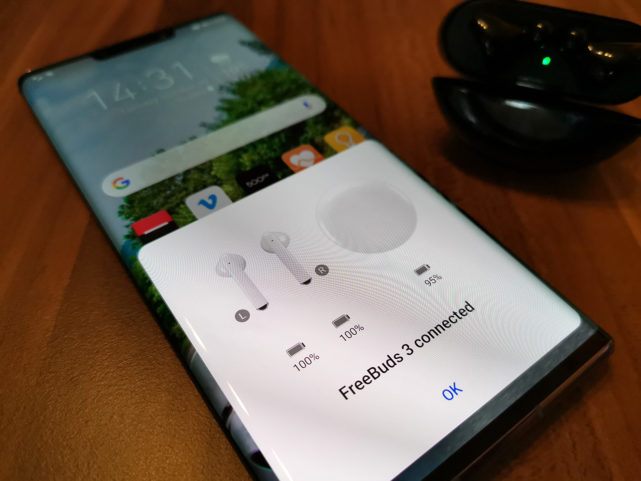 And, speaking of sound, they definitely deliver rich bass, great mids, and the right amount of highs. Thanks to the open design and their light weight, you can enjoy high quality tunes for as long as your battery lasts. In our first run, we didn’t reach the advertised 4 hours, but got pretty close at almost 3hrs 45mins.

Apple allegedly blocked the developer from updating his app and then copied a similar version into Apple Watch Series 7.

Another Pixel-exclusive feature that's making its way to all Android smartphones.