Learn more about some additional leaks of the Huawei Ascend P8, which we’re expecting to be a good flagship worth covering either at CES 2015 or MWC 2015.
Published 24 December 2014, 23:36 EST

Huawei may only be famous in American shores for its entry-level smartphones, but that doesn’t mean that the company doesn’t raise the bar with its flagships in Asia and Europe. Huawei’s Ascend P7 and P7 special edition proved that the company is bold enough to launch very powerful smartphones, and add special features like a sapphire display to the mix. We’ve already heard some rumors of the Huawei Ascend P8 a few weeks ago, and today we get to learn more.

We have some leaked photos of an aluminum frame that the source claims to belong to the Huawei Ascend P8. We’re not sure if this means that this device will be made entirely of aluminum, or if Huawei will continue to experiment with glass, ceramic or sapphire as we saw this year. What makes the source believe that it belongs to the Ascend P8 is that the perforations for a camera hole and flash both match the existing ones that we find on the Ascend P7.

We’re just a few weeks away from CES 2015, and we expect for this to be one of the hottest phones to land in Vegas, though judging by the stages of this frame, it could also mean that we might have to wait until MWC. 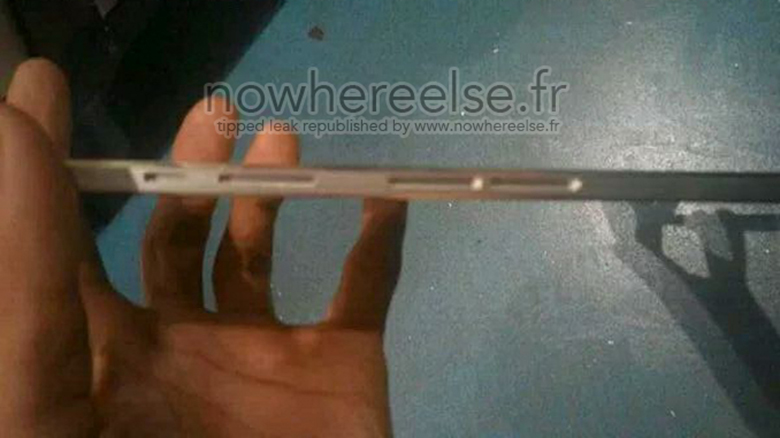