A fresh batch of Huawei Ascend P7 pics have arrived, with just one week to go before the OEM’s launch event.
Published 30 April 2014, 17:22 EDT

Earlier this month we got our first look at Huawei’s Ascend P7, though with some serious blurrycam quality to the pics. More recently, we heard about some new shots making the rounds, but those were revealed to be fake before we had a chance to share them with you. Today we’ve got some new imagery that should hopefully be legit, revealing the phone in white and depicting some very official-looking renders.

Everything we see here aligns nicely with that earlier leak, and maybe more importantly, these images from two separate sources match with each other, really helping us feel confident that this is the real deal.

Notably, these pics include some side views of the handset, and while there’s nothing giving us a great sense of scale here (if only we knew what diameter that pen was), the depiction here seems mostly consistent with reports we’ve heard of the phone measuring under 7mm thick.

The most recent leaks have indicated that the Ascend P7 should arrive with a five-inch 1080p display, have a 13MP main camera with quite high-res 8MP front-facer, and run a HiSilicon KIRIN 910T SoC at 1.8GHz. Check back with us on May 7 for full details as Huawei goes official with the smartphone. 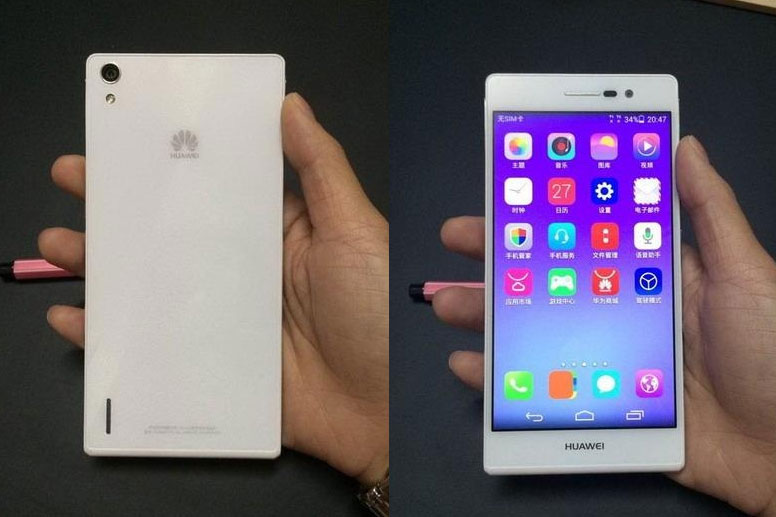 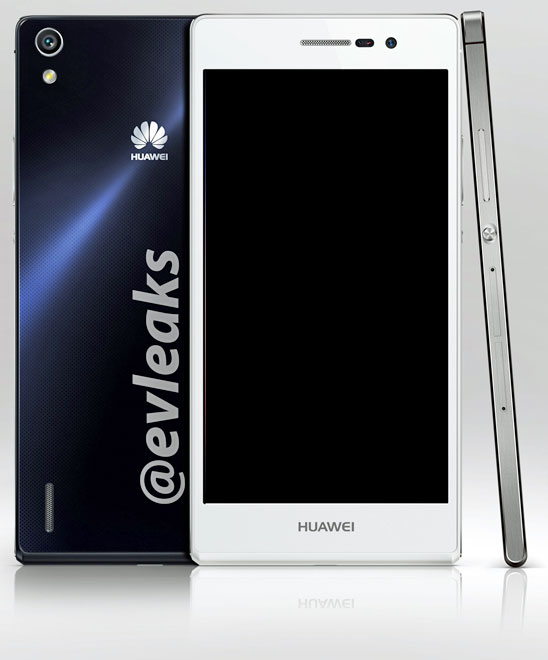 Source: cnBeta, @evleaks
Via: Android and Me

Unlike the “Glow” models, these do not feature a watermark-like big branding on the rear.