One of Huawei’s biggest phones packs a big battery and huge screen into a slick metal frame. Find out whether it’s worth buying in our Ascend Mate 7 review!

Huawei’s never quite been synonymous with premium handsets – at least, not in the United States. But that doesn’t mean that the company is incapable of making them, and we were reminded of that at IFA 2014 when the company unveiled the Ascend Mate 7. The phone effectively serves as Huawei’s flagship phablet, and though it’s been out for a few months now in some regions, it may still be worth your money. 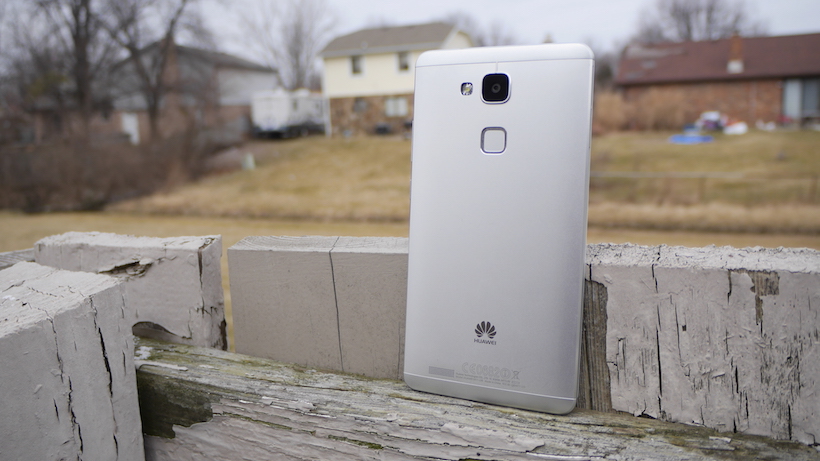 The Ascend Mate 7 may not be the most unique looking handset on the market –it bears a strong resemblance to the HTC One Max of yesteryear– but it sure is a well-built piece of machinery. The unibody frame is all aluminum (unlike the One Max, which used a fair amount of texturized plastic), and features chamfered edges and all the works we’ve come to expect from the iPhone, HTC One, and even Samsung’s Galaxy Alpha. It’s a little chunky at 185g, and the 6-inch display certainly doesn’t make it very palmable, but it’s thin enough (7.9mm at its thinnest points) to feel comfortable in hand, even if you’re not typically a phablet user. Like other metal phones, the Mate 7 is cold to the touch in the mornings, and the matte finish keeps it from slipping out of your hand. There’s no removable back or battery here, but instead ejectable microSIM and microSD trays – and depending on the model, the microSD tray even doubles as a nanoSIM tray. On the back are machine-drilled speaker holes (yes, the speaker is unfortunately rear-firing), a 13MP camera with LED flash, and a fingerprint scanner. 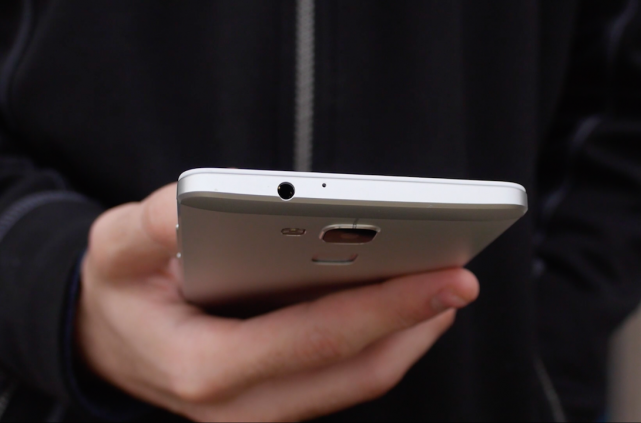 Powering the phone inside is a custom octacore Hisilicon Kirin 925 SoC, comprised of a quad-core 1.8 GHz Cortex A15 and a quad-core 1.3 GHz Cortex A7. There’s also 2 GB of RAM, WiFi a/b/g/n (no ac support), Bluetooth 4.0 LE, and NFC. It’s a bit disappointing to not see things like wireless charging or an IR port built in, but Huawei makes up for it with one of the device’s key selling points – its 4100 maH battery. This is one of the largest batteries we’ve seen in a smartphone, and Huawei is so confident in its longevity that you can even use a microUSB cable to turn your Ascend Mate 7 into a portable battery pack for other devices needing a quick charge. That battery powers the 6-inch IPS LCD, with bright colors and a crisp 1080p resolution at 368 ppi. It’s not the highest density display we’ve seen, with QHD displays becoming all the rage as of late, but it’s plenty sharp for most people and produces nice colors without an overbearing hue. Outdoor visibility is also acceptable.

The Ascend Mate 7 comes out of the box running Android 4.4.2 KitKat, modified with Huawei’s Emotion UI 3.0 – frequently shortened to “EMUI” throughout the software. This is largely the same experience we’ve seen on devices like the Ascend Mate 2, with cues taken from MIUI and iOS, and general performance is speedy. Most notably, Emotion UI foregoes an app tray, the hub of applications that Android users have come to expect with every device, and instead lays your apps directly on the home screen. We found this to be more frustrating than helpful, though as this philosophy has been more or less “ported” from a rather successful device, your mileage may vary – or you might just appreciate the change of pace. There’s also theming available to spice up the icons and interface of the device, and some useful tweaks for easier one-handed use like the obviously-named One-hand UI, and a toggle to call down the notification shade straight from the navigation bar. 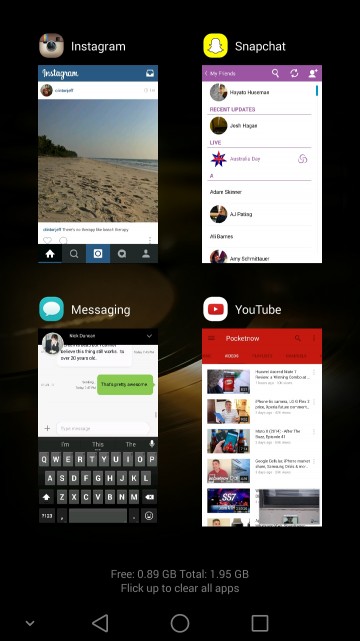 One complaint we have all too often with larger smartphones, and one that persists on the Mate 7, is a lack of features that truly take advantage of the space given. Absent from EMUI is simultasking (confusingly enough, the Multi-screen toggle in the notification panel shortcuts does not enable such functionality), and without taking the phone’s huge battery into consideration, it just feels big for the sake of being big. That’s not to say that the display is wasted, but it reeks of missed opportunity to make Emotion UI a necessity rather than just another Android overlay.

Despite otherwise smooth performance, the Ascend Mate 7 was noticeably slow in executing some simple tasks, particularly when switching between running applications. Often we’d find ourselves waiting three, five, even ten seconds from tapping the task switching button before the paginated 2×2 grid populated and we were able to select a different app. We also had issues with the lock screen music controls; when using a third-party music service like Google Play Music, Spotify, or Rdio, pausing or skipping tracks from the lock screen would instead engage the built-in music player.

Surprisingly enough, the fingerprint scanner turned out to be one of the phone’s strongest points. Between the Galaxy S5 and HTC One Max, fingerprint scanners and Android handsets haven’t exactly meshed well, but the Mate 7 throws all doubt out the door with this implementation and genuinely impresses us. You can set multiple fingers for ambidextrous security, trigger the shutter while in the viewfinder, and even unlock the device while in standby mode – that is to say, while the display is off. The reader is quick and accurate, and gives off a quick vibration when it’s unable to identify a finger. For what it’s worth, the only time we were able to stump it was when using a finger heavily calloused from years of playing guitar, so musicians be mindful. 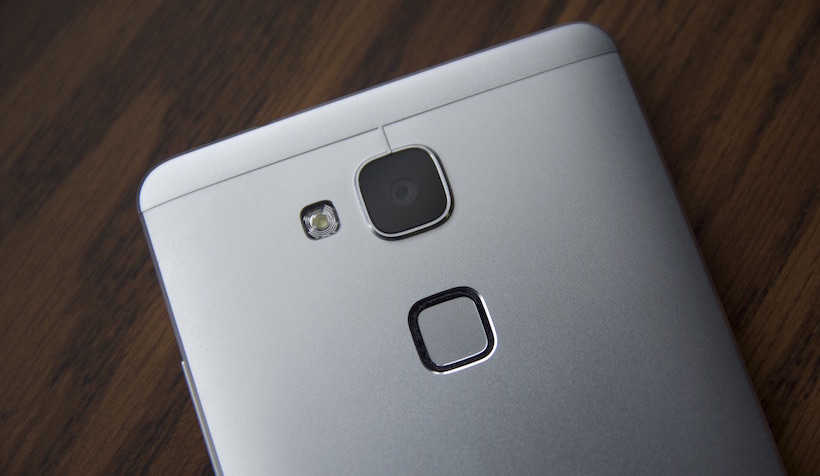 The camera on the Ascend Mate 7 takes 13MP stills paired with an LED flash, and is controlled through Huawei’s proprietary viewfinder. It’s a clean yet efficient interface – a nice changeup from Samsung’s information overload or Google’s oversimplification, and takes nice pictures. Like most smartphones targeted at the Asian market, there’s a Beauty Mode slider that softens out facial imperfections and enlarges the subject’s eyes, something we found … quaint. There’s also HDR and panorama functionality, and All Focus for after-the-fact refocusing.

When shooting in broad daylight, the Ascend Mate 7 is perfectly capable of producing nice shots with good contrast and quick focus, though they were never quite as saturated as we would have preferred. In darker environments, shots were more hit and miss, but even a small amount of background lighting (street lights, candles, etc.) can be enough for some good-looking, albeit slow and blurry, photos.

The 5MP front-facing camera is decent without particularly excelling in low-light. It’s wide-angle, meaning you can fit plenty of friends into what Huawei tragically calls a “groufie,” or group selfie, but in most cases subjects in the upper and lower extremities of the shot end up significantly stretched. The software is also capable of automatically snapping photos when it detects a smiling subject, and as we mentioned before, the fingerprint scanner can be used with any finger to take a photo as well.

The video side of the viewfinder app is pretty straightforward, with record, pause, and screenshot buttons available, and the 1080p output (sorry pixel-junkies, no 4K here) looks … fine. Without OIS, videos tend to be a bit shaky, especially when walking around, but the digital stabilization does an adequate job and colors look good. As with still shots, though, a bit more saturation would have been nice. 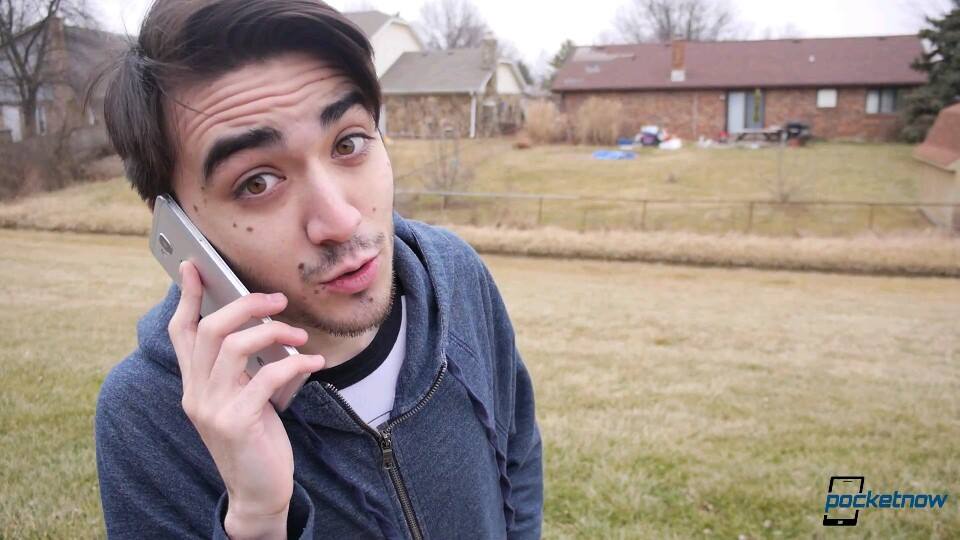 By default, Emotion UI’s Smart Power Saving mode is enabled, and that takes a pretty nasty toll on performance. Even light games become noticeable choppy, and you can forget about turning additional textures on in Asphalt 8. Once you disable the power saving mode however, it becomes more of a game to find an application that the Ascend Mate 7 can’t handle. The two 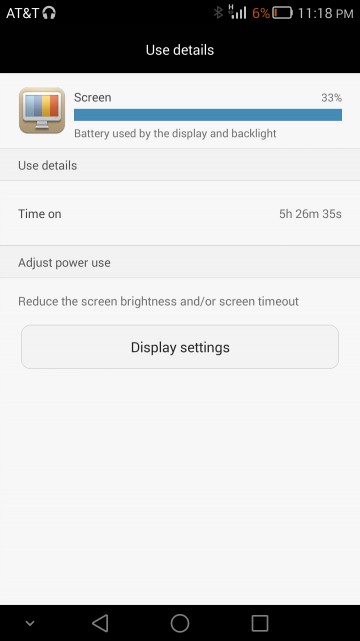 quad-core CPUs performed just as well as any other, and hiccups were rare if not nonexistent.

We mentioned the 4100 mAh battery earlier on in the review, and it’s nearly as good as it sounds. Battery life on the Ascend Mate 7 in our week of testing was solid, only ever falling below four hours of screen-on time once. Every other day, we saw anywhere from 4.5 to 6.5 hours of screen-on time depending on the particular activities of the day, and we never had to resort to plugging the phone in before the end of the night. That said, keep in mind that the company’s earlier Ascend Mate 2 was capable of delivering up to 10 hours screen-on time on a single charge, and competing handsets like LG’s G Flex routinely skirt the 8-hour mark as well. Also, the Mate 7 isn’t especially fast to reach a full charge – but that’s likely due to its larger capacity more than its rate of charging. All in all, this is one phone you’ll definitely want in the bag for those long road trips, even if it’s not the longest-lasting one out there.

Let’s not forget that smartphones can still be used to make phone calls, and that’s yet another thing we enjoyed about the Ascend Mate 7. The phone held a solid 4G signal on both AT&T and T-Mobile in the Indianapolis metropolitan area, and even talking in loud and busy environments, callers on the other end of the line reported clean and clear audio from our side. Talking on the Mate 7 is a bit awkward, as to be expected with any giant phone, but the audio quality and reception make it worth the trouble.

You won’t find the Ascend Mate 7 on any retail shelves in the States, but you can order your own handset from Amazon for just under $520 at its full retail price without a subsidized option. Buyers keep in mind that while its LTE bands are compatible with T-Mobile and AT&T, the MT7-L09 is a GSM-only device, so Verizon and Sprint users need not apply. 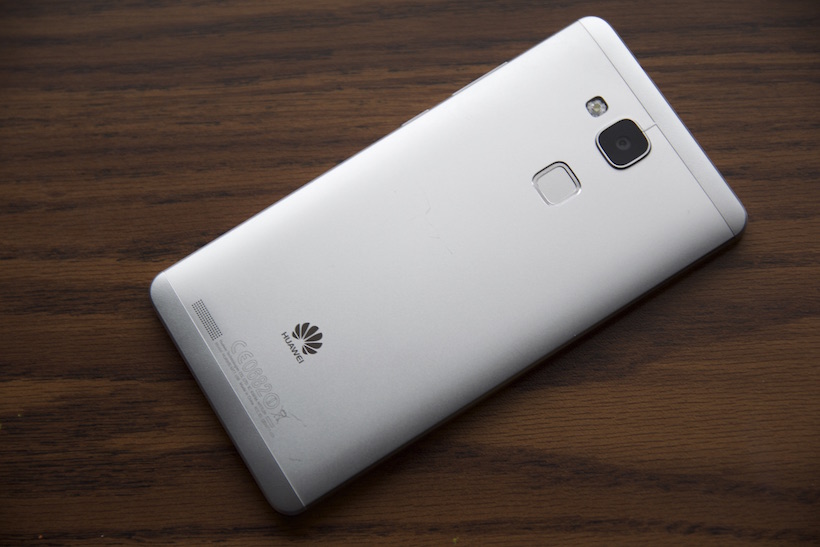 Sitting around the same cost as other large form factor devices like the Galaxy Note 3, it’s hard to say whether or not this device is worth buying right now. It’s certainly better-built than the Note 3, though software is subjective and the multi-tasking capabilities included with Samsung’s offering is hard to beat. The Mate 7 is significantly cheaper than the Galaxy Note 4 announced at the same time however, along with other top-tier phablets like the Nexus 6 and iPhone 6 Plus, and packs similarly powerful specs and a battery that even the toughest competitors have a hard time matching.

If your top buying factors in a phone are build quality and design, then the Mate 7 will leave you feeling you got every bit of your money’s worth. If instead, you value consistently fast performance and timely updates to the newest version of Android, there are certainly better options out there, some of which we’ve covered in our reviews section. 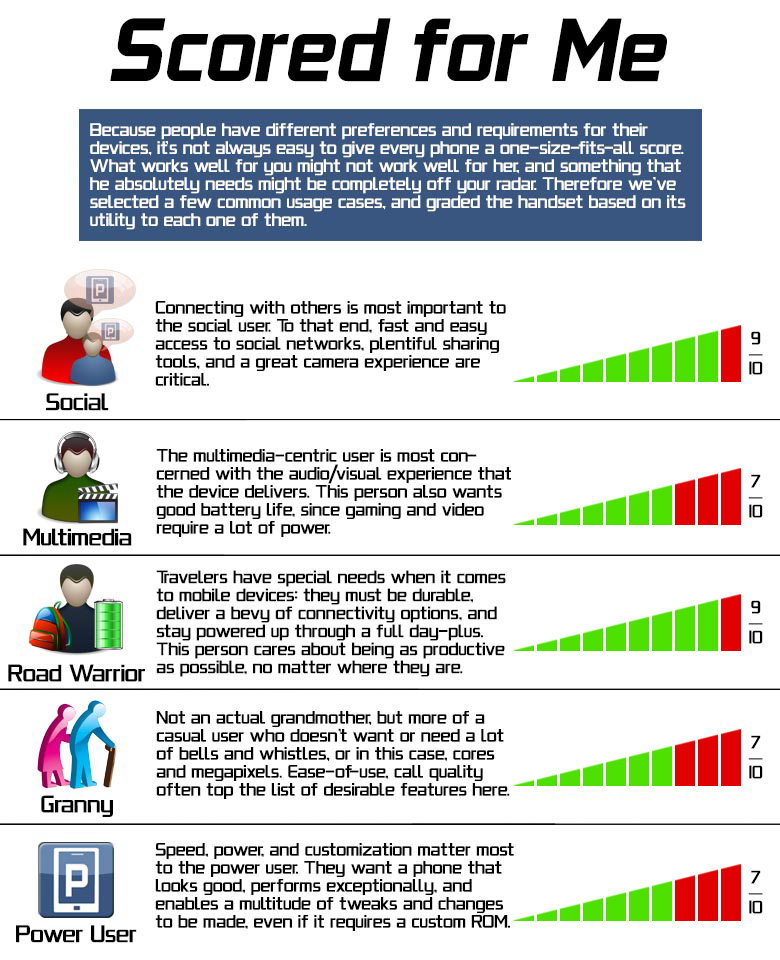 Samsung Galaxy S20 Ultra’s display has received the highest A+ rating from DisplayMate, and has also set multiple records in the process.