Huawei is inching closer to Apple in the battle for the second place by shipping 100 million smartphones this year so far.

Huawei is getting closer to threatening Apple’s second position with regards to global smartphones shipped. Boosted by the warm reception and success of the P20, P20 Pro, and popular mid-rangers, the Chinese company is setting record after record.

Huawei shipped 100 million units so far this year, said CEO Richard Yu, at a recent launch event for the nova 3. At the same event, the executive said the company is hoping to reach 200 million units by the end of the year. They might just achieve this goal if they succeed to completely eliminate the notch.

Reaching this number would bring Huawei (currently third) closer to Apple in the battle for the second place. The Chinese company was already close to the California-based behemoth in the second quarter of the year when it shipped 38.5 million compared to Apple’s 41 million.

The gap would be even smaller, if at all, if the company lead by Richard Yu wouldn’t be facing difficulties in becoming a player on the US-market. 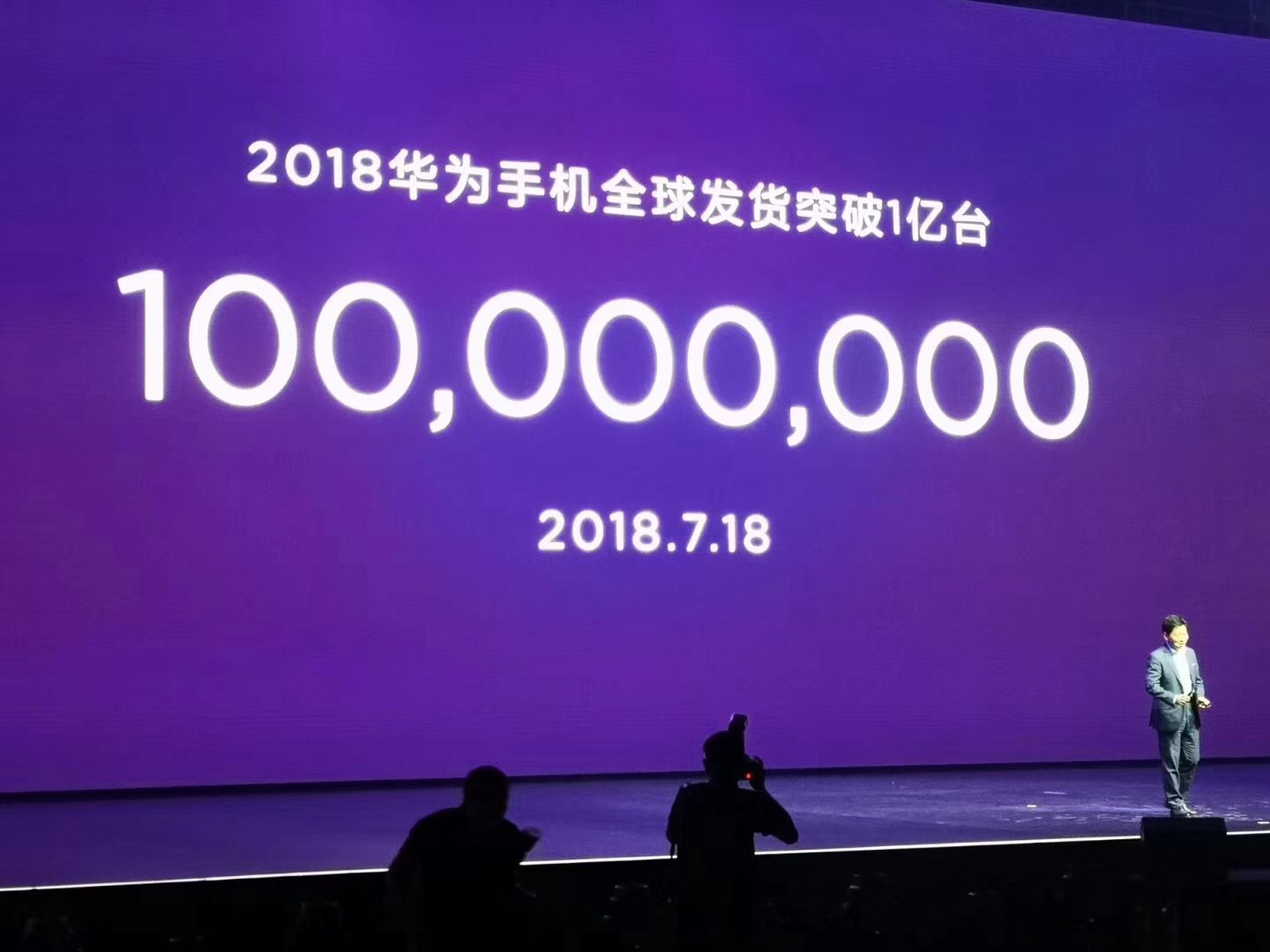