At CES 2017, HTC Vive also announced a Tracker device for motion-tracked peripherals and a Deluxe Audo Strap with integrated headphones.

We would’ve honestly been surprised if HTC Vive — it’s a spin-off company from HTC — put out a second edition of its signature headset at CES 2017. It would’ve only been about seven months between releases and even just now, the company is trying to gather developer and retail might around the first one.

And to help do that, HTC Vive announced a few peripherals that might boost your sensory load while wearing the headset.

The Vive Tracker is a tack-on accessory that’s meant to be used with other accessories for new motion-tracking applications. For example, the Tracker was integrated into a firefighting training simulator. In addition, the Vive Deluxe Audio Strap allows users to wrap in some integrated headphones while they’re taking in content for a surrounding experience. Both products will ship in the second quarter and pricing will come sometime before then. 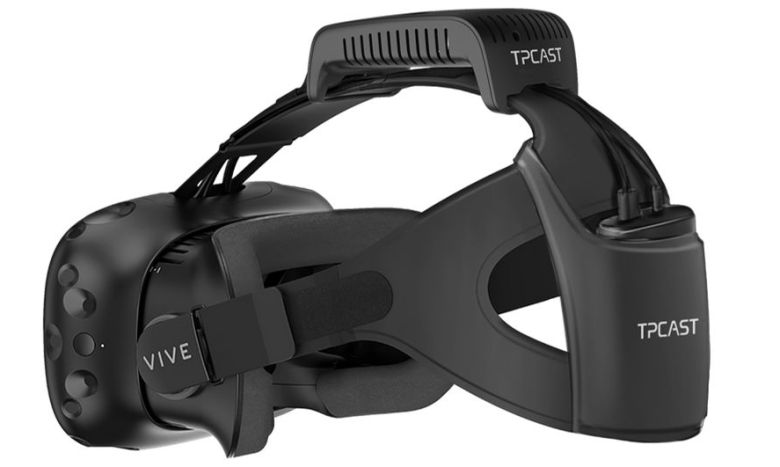 Also coming globally in the second quarter is a wider shelf of options for wireless VR adaptors. One of them is the TPCast, a product made possible by the Vive X accelerator fund and is now in China. The adapter will be able to untether you and your headset from your PC with latency as low as 2ms and a standalone battery that lasts around 90 minutes. The TPCast will be priced $249. A five-hour XL battery will come later.