Pre-orders have started for the latest modification accessory to the HTC’s Vive virtual reality headset, the Vive Tracker.

The device attaches to peripherals to track their motion as the user holds them, replacing standard controllers with items like the Hyper Blaster (a new take on the light ray gun from the SNES), a tennis racket and other items as they come along the line.

A Vive Tracker alone sells for $99.99, but the Hyper Blaster bundle and the Racket Sports Set both cost $149.99 total. 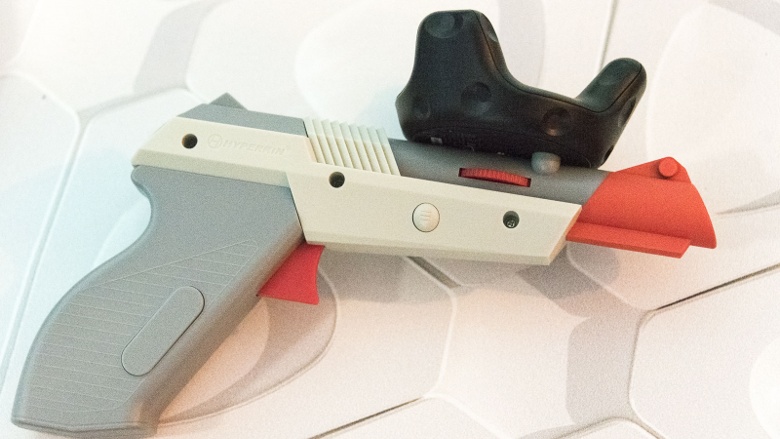 The Hyper Blaster pack includes a light gun, a Tracker and Stress Level Zero studios’s “Duck Season”. Six games support the accessory, but more titles from ten other developers are to come early in 2018. The Racket set includes a Tracker, ping pong and tennis handles along with a five-game pack from Vive Studios.

Amazon will have both while other select retailers like Fry’s, Gamestop and Micro Center will stock the Racket Sports Set.

There’s also a TrackStrap product for further on-body tracking for the limbs. A pair costs $24.99 and customers will also get to redeem “Redfoot Bluefoot Dancing” to show off the potential. Manufacturer Rebuff Reality is selling TrackStrap at this link.

“Island 359” from CloudGate Studios will be the latest to integrate an extended body-tracking experience with an upcoming update. At least three other games support TrackStrap.

Huawei announced the brand new, next generation of its smartwatch, the Watch GT 3. It comes with 100+ workout modes and longer battery life.