HTC Vive Pre vs. HoloLens: through the eyes of a tech guy and the lens of future tech

With two really great headsets on their way to the public, we had to pit the HTC Vive Pre vs. HoloLens in a head to head matchup. Who holds the advantage?

Last week, we took a look at the future of mobile tech. Specifically, we talked about Augmented Reality and Virtual Reality and how they compared to each other. Now, it’s time to talk about two specific devices that are pioneering those frontiers – Microsoft’s HoloLens and the HTC’s Vive Pre. You may remember our HTC Vive Pre hands-on video from CES. Though I only made a brief appearance in that video, I was wearing a great hat, and I did also have a chance to demo the Vive Pre. I also was fortunate enough to test out the Microsoft HoloLens a few months back. So we decided to pit them against each other – the HTC Vive Pre vs. HoloLens – and see who came out on top.

As I mentioned in my last article, Virtual Reality and Augmented Reality are really two different animals. They are meant to solve two different problems, but there are enough similarities that we can talk about them in the same breath. 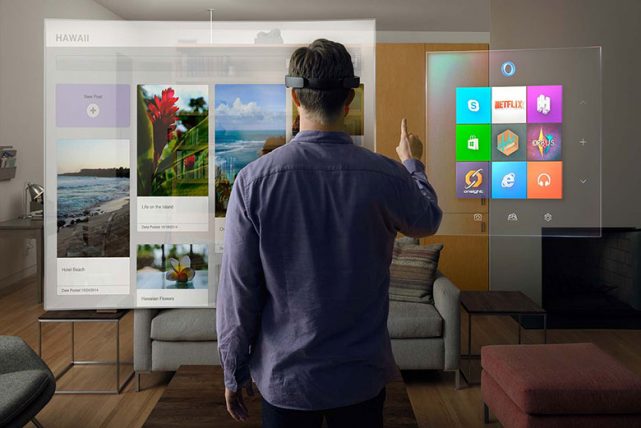 First, the obvious part – they both take the form of really bulky head gear. On a fundamental level, that’s what they are. In this area we’re going to give the edge to the HTC Vive Pre. The way the unit affixes to your face feels much more secure than the HoloLens. The HTC has a harness system that distributes load around the top and back of your head. The HoloLens seems to float more on a crown atop your head. It’s a secure crown, but the fit is more like a bowler hat while the Vive feels more like a baseball cap. Yes, it’s all about the hats for me. Let’s move on.

The viewing area of the Vive also holds the advantage over the Hololens. Microsoft’s HoloLens keeps your eyes firmly forward. This isn’t necessarily a bad thing; Augmented Reality is more of a productivity device, so your workspace is going to be in front of you. On the other hand, the Vive Pre is a 100% immersive experience. You can look up, down, left, right, and you’re going to be swimming with the fishes everywhere. In this arena, it’s not even close. 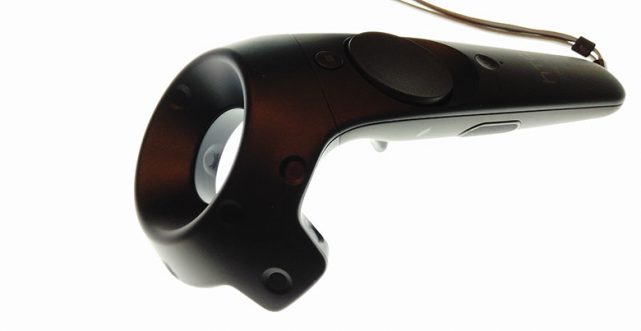 Both the HoloLens and the Vive Pre give you the opportunity to manipulate what you see using your hands. While the Vive Pre uses two controllers to manage this, HoloLens goes the other direction and uses a gesture-based system with just your hand. My experience with the HoloLens was limited to the game, Project XRay, so I didn’t get to experience the concept of pinning apps to walls, and the like. Therefore I only had one gesture in my arsenal – shoot. On the other side, the Vive Pre uses two controllers with a number of buttons, triggers, and such to perform different actions.

Which device has the edge is not a clear cut answer. In this case it will be entirely subjective according to the opinion of the user. I’m going to give the edge to HoloLens because both controllers and hand gestures will have a pretty steep learning curve. The controllers might have better discoverability, but at least when you are using your hands, gestures can feel more natural. Plus, there’s always the fact that you don’t have to keep track of two controllers in addition to the headset. 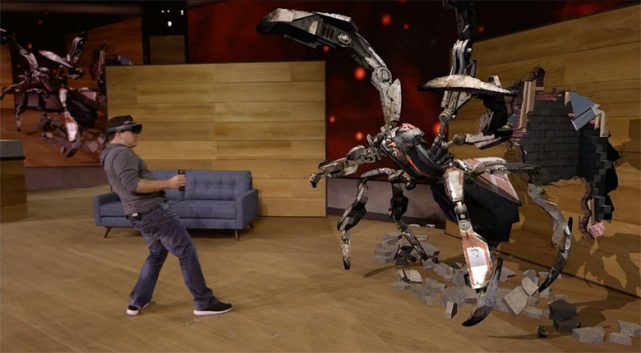 The Vive is going to stay wherever it is set up, pretty much forever. Advantage: HoloLens

This is also a highly subjective area – what is “useful”? While the Vive offers a wonderfully immersive environment for gaming and creativity, the HoloLens is a very practical computer which works similarly to a computer. You can play games with it, or use different apps around the house, play music, design motorcycles, or whatever your heart desires. In some areas, the Vive is going to blow HoloLens out of the water – it’s not even close. For my use case, I would be inclined to lean more toward HoloLens because of its versatility. Virtual Reality just isn’t that important to me, and Augmented Reality is just as cool as its own way.

So it’s for that reason that if I was forced to buy a unit in March, I would buy a HoloLens. The Vive is a really great device and a wonderful entry into the world of Virtual Reality. But for me, and my life, Augmented Reality is simply a better fit.