HTC Vive Eclipse is another possible name for an upcoming VR headset, standalone or not

Is there both an HTC Vive Eclipse and Vive Focus VR headset in the works, or does the Taiwanese company just want to collect branding options?
Published 11 October 2017, 09:34 EDT

HTC found an interesting and somewhat unexpected way to make a quick buck recently without selling anything that has to do with the potential-brimming Vive VR business. Google’s $1.1 billion may well fund a mysterious pair of future “head-mounted displays for computer simulated reality”, although the Taiwanese company still plans to also release more own-brand phones in the near future.

It’s important to remember that HTC, alongside Lenovo, committed to building standalone Daydream-powered VR headsets a while ago, which continue to be listed on Google’s dedicated webpage as vaguely “coming soon.”

It remains unclear if the Vive Focus trademark registered last month is meant to designate this PC and smartphone-independent HTC device or something else, like perhaps an ultra-high-end sequel to the original Vive, again connected to your computer. 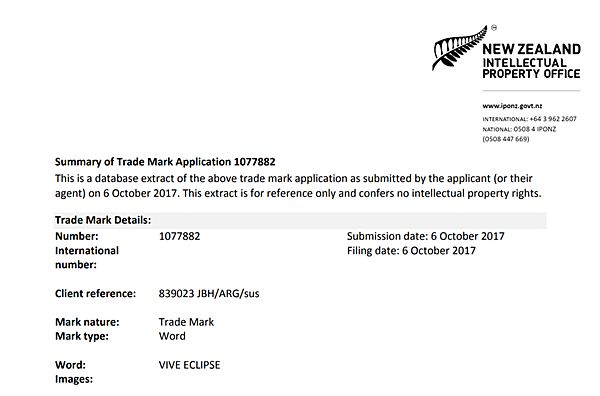 But now there’s also a possible HTC Vive Eclipse name on the table, following another trademark application, this one filed in New Zealand (of all places) just last week. It was first picked up by LetsGoDigital.

Maybe the company is simply looking to cover its bases and secure the legal rights to a number of generic marketing labels it could actually end up using someday… or not. Or maybe there are indeed two very specific products in the pipeline, called Vive Focus and Vive Eclipse, aimed at completely crushing existing Oculus, Sony and Samsung VR headsets. Either way, we’ll keep searching for hints.

The Aura Blue version of Samsung’s Galaxy Buds+ can now be purchased from Best Buy in the US priced at $149.99.

These are likely to lack wireless charging support.