Would you be surprised to find out that there aren’t any magical unicorns in there? HTC has teased a 20-piece set of what will be VR furniture.
Published 27 March 2016, 22:53 EDT

For those of us who have not bought the HTC Vive and are wondering what’s going on with it, here’s something that will blow your mind. And that would not be good because you wouldn’t really have a head to put a headset on. 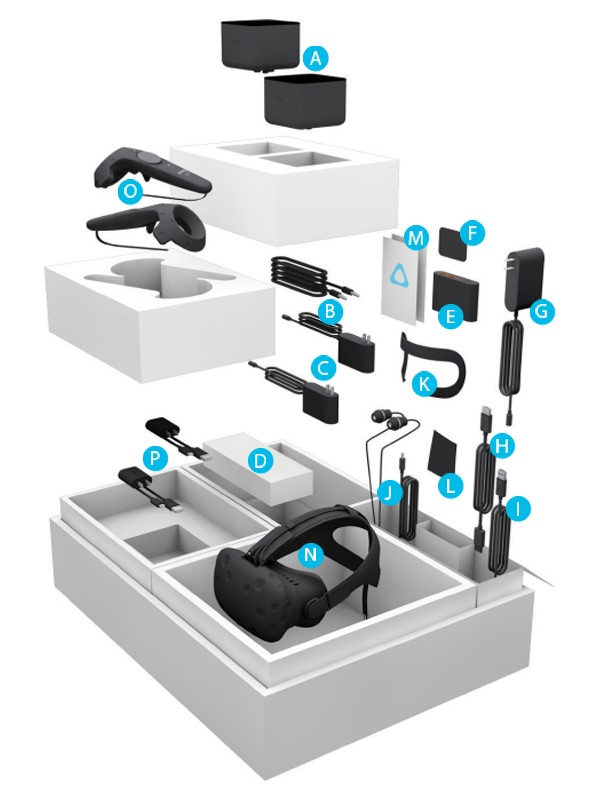 This is the organized mess that will come to those who paid $799 for it. Wanna know what’s in it to make your virtually realistic dreams come true?

In order from A to P:

That’s one big box that you’ll sooner or later get. We’re assured that there are no extra pieces. Orders are still targeted for a May release, but if you’re a little late to the ball, expect to wait on that a bit more. That last bit is more or less the same for those cashing out on the Oculus Rift.

The 44mm Apple Watch Series 6 has a 3.5% larger battery, while the 40mm model packs an 8.5% bigger battery than its Series 5 equivalent.

The Oculus Quest 2 will offer 90Hz experience and also brings support for Oculus Link which comes out of beta this fall season.