HTC U11 Squeeze: feature or gimmick?

The HTC U11 squeeze feature allows you to quick launch apps, but is it outside-the-box thinking, or just a gimmick that will be ignored and forgotten?
Published 17 May 2017, 11:10 EDT

HTC unveiled its new phone – the HTC U11 late last night/early morning depending on where you live. One of the features the phone provides is a sort of squeeze sensor that allows you to trigger a quick action depending on how hard you squeeze. It’s an interesting concept and one that warrants some exploration.

2017 is showing us that the days of the bezel are numbered. The HTC U11 doesn’t reflect this concept, but other flagship phones do and still others likely will. Which doesn’t leave a lot of room for interaction with the phone anywhere but the screen. But phones, regardless of bezel size will still have three dimensions, unless physics takes some really cool leaps in the near future, so phones will always have sides. Interacting with those sides could be an interesting way to work with your phone. 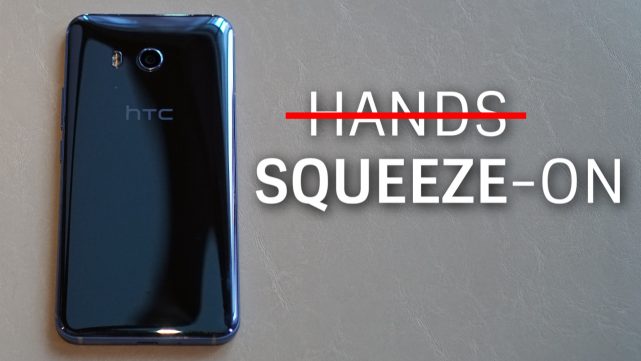 Let’s get this out of the way right off the bat – HTC isn’t doing anything particularly new here. Phones have long had sensors on their sides that detect when someone is holding them, or even squeezing. But HTC is putting this feature front and center on its flagship, so it begs the question whether or not this is actually going to be useful. But first, we should talk about how it works.

HTC has sensors in the sides of the U11 that can be used to trigger actions. It’s much like the convenience button of the BlackBerry KEYone. You can set two actions based on the hardness of the squeeze to launch the camera for example, or a different app if you prefer. This could be a really great way to quick launch the camera. It even has more potential than Samsung’s double-press of the home button of Galaxies past. We’ll wait for our full review to make that judgement though. 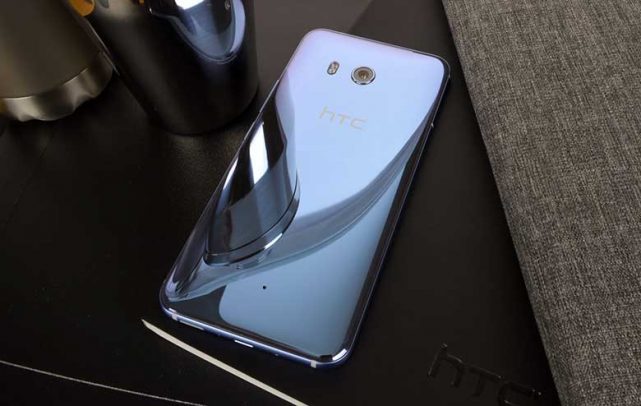 But in general, this is an outside the box way to work with your phone. It certainly won’t redefine a generation of smartphone users. The real question we should be asking ourselves is “will this feature be missed on other devices?” That’s probably the biggest differentiator between a feature and a gimmick. There are a ton of gimmicks out there and a ton of actually useful features. Consider the chopping motion to turn on the flashlight of the Moto X or using the fingerprint reader to swipe down your notification shade on the Honor 8. Are these features that you miss when you pick up a different phone?

Squeezing your phone might fall into the gimmick category for some, but I get the sense (no pun intended) that this is something that may catch on in the industry. We’re always looking for easy ways to get things done with our phones, and squeezing is a natural way to do that, especially when pulling a phone out of your pocket. But it’s not without its drawbacks either.

…is another man’s gimmick

You can set the pressure sensitivity of the squeeze gesture, but will it become sensitive enough to detect when you’re pulling your phone from a tight pocket, versus actually trying to launch the camera? I’m not so sure. Features like these can quickly get in the way, rather than make life better. For example, I turned off the notification tray from the fingerprint sensor option on my Honor 8. I would often unlock my phone and have the notification tray open. That made the option a gimmick to me, and it lost its usefulness. But perhaps the HTC squeeze – which, by the way, I wish it had named this device – will turn out the be extremely useful and emulated by other flagships going forward. Time will tell, but in the meantime, we put together a little poll for you below. Be sure to vote, and then sound off in the comments with your thoughts.

Android 12 introduces a ton of UI changes and adds new features. We’ve compiled those that will prove the most useful on a day-to-day basis.

Check out the latest deals from B&H, Amazon and OnePlus, where we find the latest OnePlus 8, 7T, Multimedia monitors and more devices on sale