The highly anticipated 6-inch HTC U11+ is finally official, packing up to 6GB RAM and a monster battery. The U11 Life is significantly humbler.
Published 02 November 2017, 04:28 EDT

Even though it didn’t exactly sell like hotcakes, the HTC U11 was without a doubt one of our favorite high-end phones released in the first half of 2017. And now we’re getting “even more squeezed into a slimmer, stunning” device.

It’s time to (officially) meet the oft-leaked HTC U11+, sporting a 6-inch Quad HD+ display with a 2:1 aspect ratio, and pairing a Snapdragon 835 processor with a gigantic 3,930mAh battery.

There are two configurations coming to Europe later this month, with 4 or 6GB RAM, and 64 or 128GB internal storage. Powered by Android Oreo out the box, the U11+ (or U11 Plus, we can still call it that too) makes Edge Sense “better than ever”, letting you use essentially any app with a simple squeeze. 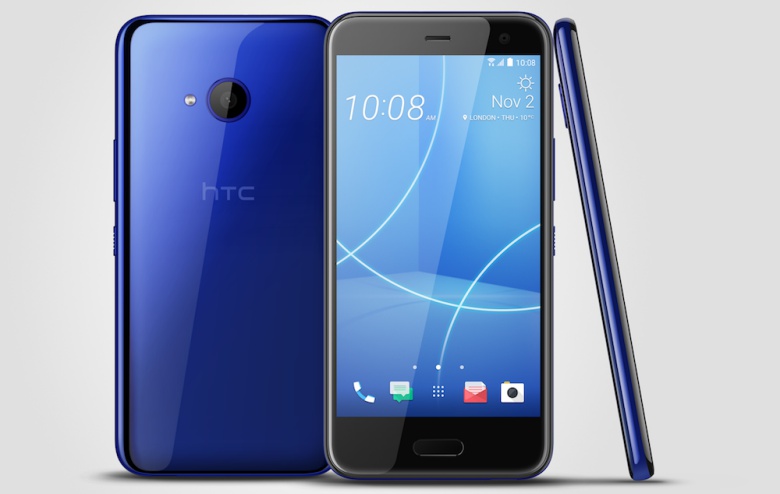 Proprietary HTC BoomSound and USonic technologies make the audio experience one of the industry’s all-around best, and in addition to the Translucent Black flavor we’ve talked about so much of late, the U11+ also comes in Ceramic Black and Amazing Silver. Oddly enough, the beast isn’t headed to the US in the foreseeable future.

Meanwhile, the significantly lower-end HTC U11 Life is all about providing innovations like Edge Sense, USonic and Active Noise Cancellation for a wider, more budget-conscious audience.

Stateside, T-Mobile is the exclusive carrier of the Full HD 5.2-incher, with sales underway November 3. Unlocked variants start at $349 at htc.com, with an Android One flavor coming soon to select international markets. In North America, the U11 Life runs Sense-skinned Android 7.1 Nougat out the box, upgraded to “pure” 8.0 Oreo as part of the Android One program.

US buyers also don’t get an option to bump up the standard 3GB RAM and 32GB storage, unlike folks in certain other regions, who’ll get both that and a 4/64 gig config. The U11 Life comes with a 16MP rear and 16MP front camera, chunky bezels, Snapdragon 630 processing power, and 2,600mAh battery capacity.