In case you still had questions regarding the design, specs or pricing of the HTC U11 Plus and U11 Life, here are all the answers.
Published 01 November 2017, 05:26 EDT

The holiday season is right around the corner, which typically means all the awesome new high-end phones are out already, but even after a full-on avalanche of “all-screen” fall flagships, we still expect two more to launch just in time for Thanksgiving.

There’s that rookie Razer Phone, which may not jump on the narrow-bezel bandwagon, nonetheless aiming to impress with beastly specs, as well as the HTC U11 Plus, once again teased on Twitter yesterday, this time with the taglines “a new squeeze is coming” and “even more squeezed in.”

If you’re having trouble decrypting those advertising messages, a hands-on video of both the U11 Plus and U11 Life should help answer all your lingering questions and further confirm key features like Edge Sense support and 6/5.2-inch display sizes. 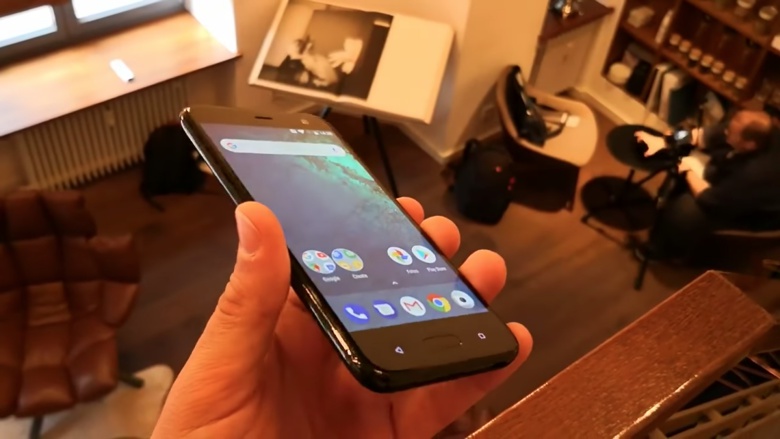 The larger, more powerful and eye-catching model sports significantly thinner screen borders than the first Android One device to run Oreo out the box. That’s obviously no surprise, though the 5-minute clip prematurely published on Facebook by Swiss German-language newspaper Blick also makes it pretty clear the HTC U11 Plus is no slim-bezel world champion.

Deleted from the social media channel, but spread all over Reddit and YouTube by everyday tech enthusiasts, the video stars a U11 Plus with a buzzy translucent back. You can’t see everything that lies under the 6-incher’s hood in great detail, but this is still a nice and original design touch many proud “geeks” will appreciate.

In addition to the extra screen real estate squeezed into a relatively compact footprint, this bad boy also has contextually aware Edge Sense commands going for it and rotary dial-like app shortcuts. Wireless charging, water resistance, a 4000mAh or so battery and 128GB storage purportedly wrap up the spec sheet of a phone set to cost CHF 849, or $850.

Meanwhile, the HTC U11 Life looks exactly as unexciting as those leaked renders suggested, polycarbonate back and all, with a recommended pricing of CHF 349, or $350. So much for looking forward to the Taiwanese company’s big announcement event tomorrow.

We have new leaks from Jon Prosser that mentions specs, prices, storage options and more details for every single iPhone 12 variant

Amazon teaser page for the device has listed its price. The Amazfit Bip S will be…