Its codename is “Ocean” and the ocean of rumors is very much thick and frothing with details, speculation and revelations on how Edge Sense will work.

It’s been a maddening few days for those peering into the Ocean, the rumored codename for HTC’s flagship smartphone for 2017. As the HTC U Ultra and U Play continue to get panned for its clumsy design, some new leaks are calling into question whether their “liquid surface” and horribly large form factor will be carried on in what the market will call the HTC U.

Alleged renders have surfaced from “HTC Taiwan Fans,” a Facebook group tracking each of the Taiwanese manufacturer’s breadcrumbs.

The “I Love Htc Thailand” Facebook group was responsible for spreading them onto the western hemisphere media through its Twitter account. Slashleaks is the source most outlets are taking off from.

But analysis from HTC Source‘s Nick Gray shows that the render layout was likely to have been tweaked from one for the HTC U Play. 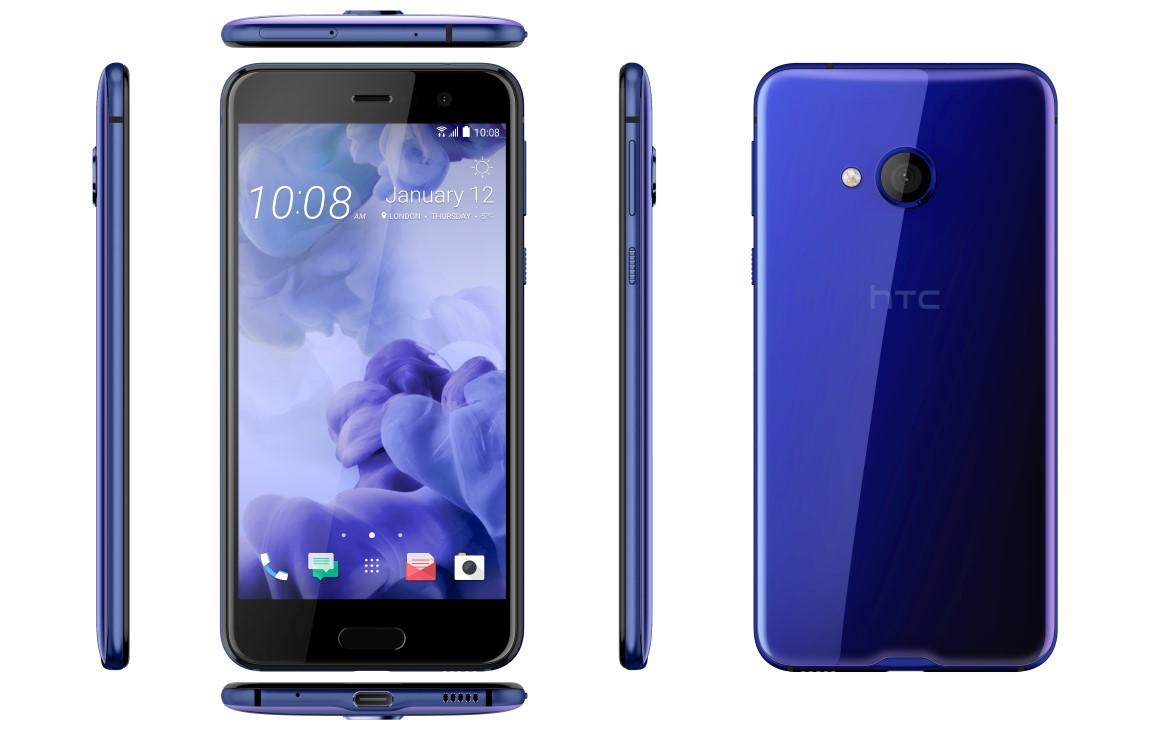 Certainly, the phone does not reflect what has been leaked in video materials by Evan Blass, which has no HTC logo nor fingerprint sensor on the bottom bezel at all.

And indeed, a new photo is now out from “I Love Htc Thailand” that does not explicitly claim any relevance to the HTC U. The last piece of the written post translates as “This month!!”

In any case, no matter how the phone looks, Android Headlines has a scoop on the phone’s abilities that take off from all the evidence and hearsay we’ve heard to this point, including the “Sense Touch UI” we’ve been dying to know more about.

So-called Edge sensors will be a key part of what may be called Edge Sense. A internal-use presentation slide shows off a setup wizard (far from being final draft) for the sensors which include sensitivity calibration and squeeze duration trials. 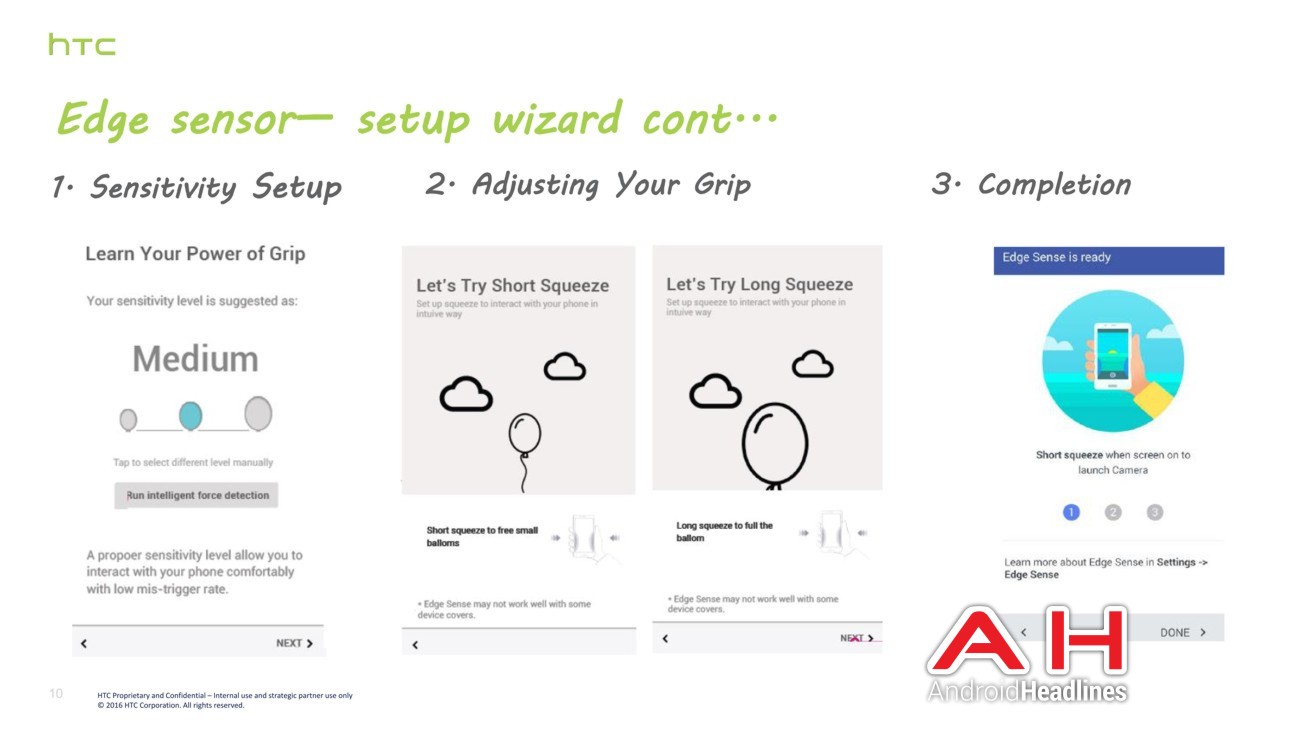 A proper squeeze will then be able to trigger a functions menu to activate the camera, Google Assistant, Sense Companion and etc. from no matter where the user is in the software or if the phone is asleep.

If you’re recording multimedia, the U will have an arsenal of features like four microphones for “3D Audio” surround sound intake and a separate “Hi-Res Audio” mode for lossless sound. There’s also real-time HDR+ output for applicable conditions when viewing the camera’s viewfinder.

BoomSound makes a return in the HTC 10’s styling — with the earpiece and the bottom-firing dedicated speaker acting in unison. The 3.5mm headphone jack stays off the U. As since the HTC Bolt, the company will continue to box USonic USB-C earbuds with each purchase.

Specifications have also been bandied about, but they shouldn’t be surprising at this point: a Snapdragon 835 with either 4GB or 6GB of RAM and 64GB or 128GB of storage running with Android 7.1 Nougat. There’s a 5.5-inch quad HD screen running under Gorilla Glass 5 and fingerprint intake through the home key — where and how that home key may end up, we aren’t sure.

Evan Blass, reporting for VentureBeat, claims that the 12-megapixel Sony IMX362 will be the rear camera sensor while the 16-megapixel IMX351 will be fit for selfies.

A BBS board out of Taiwan claims that the U will price for more than what the U Ultra was sold for in the country — in this case, the standard version rung up near $760.

We expect more rumors to roll on with the incoming surf as we approach the announcement date, said to land in the next couple of months.