HTC, what ever happened to the ‘less is more’ mentality?

Does HTC have too many phones in its lineup? Where should it draw the line? Read why we think HTC should consolidate its smartphone offerings.
Published 28 May 2014, 15:31 EDT

The last few years have not been the best for HTC. Its market share, revenues, and profits have all been sliding while its largest competitor, Samsung, has been raking in more sales, profits, and the like.

Such has been the case for most smartphone manufacturers (who are not Apple and Samsung, of course), but HTC’s journey, in particular, makes for an interesting story.

Despite its several fumbles and missteps since 2011, it still has a massive, die-hard following around its smartphones. Whether it’s due to the elegant hardware and design, ultra high standards in build quality, or simply how integral HTC has been to the progression of Android as a whole, the HTC brand and its sophisticated smartphones are frequently in the limelight and considered true contenders, even when the sales and market share continue to shrink.

That should be cause for concern for HTC. While praise for its newest flagship spreads far and wide across tech review sites (both passes over our review desk, it received an impressive score of 9.1 out of 10), it isn’t likely the M8 alone will be a major turning point for the company. 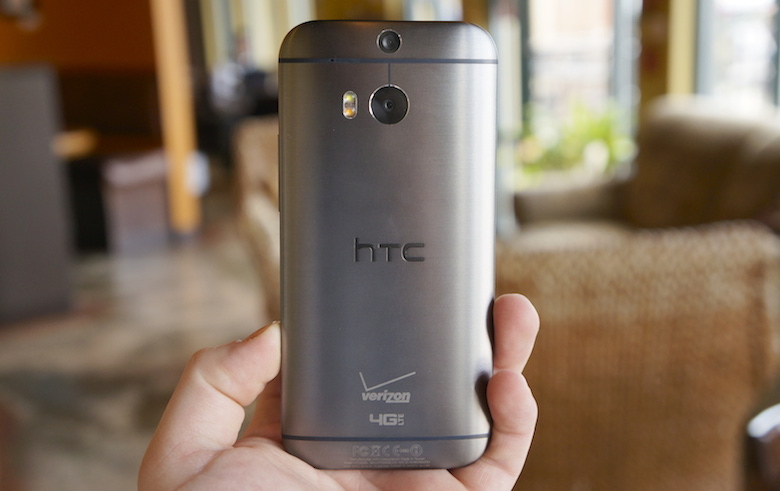 It’s easy to believe the M8, being one of the most awe-inspiring and seemingly complete handsets to date, will magically save the company – that, in fairy tale fashion, it will pull HTC out of the red and put it on a more positive track. Even with HTC CEO Peter Chou optimistic about the future and the company fueling more cash into its advertising campaign for the M8, the company has a mountain to climb. 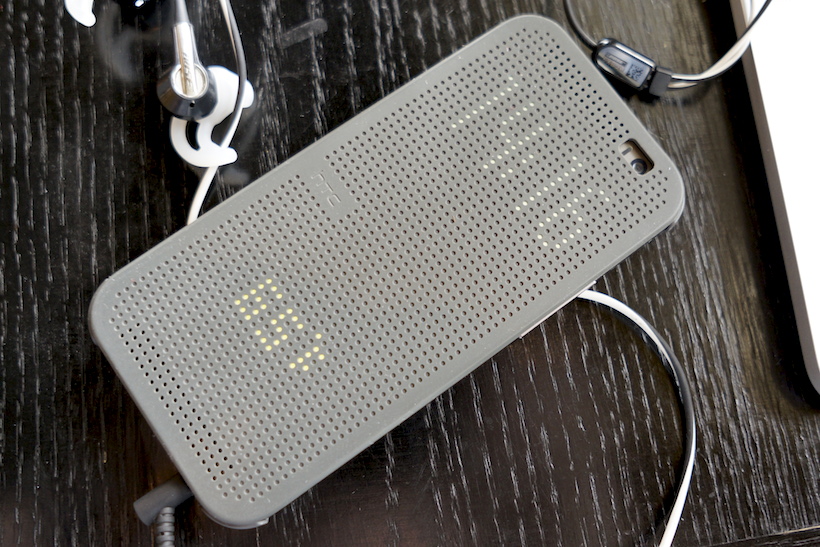 Of course, criticism and suggestions on how HTC should climb said mountain abound.

Two years ago, prior to the release of the One X, HTC’s explained wanted to test drive a new strategy: quality over quantity. While we rarely ever felt the company sacrificed quality for the number of handsets it made each year, most felt HTC could certainly stand to cut back the number of similar-yet-different smartphones it made.

For example, while Samsung had adopted a more Apple-esque strategy of releasing one high-end smartphone to the entire world (the Galaxy S), HTC was still releasing carrier-specific versions of devices. For all intents and purposes, the whole world saw the same Galaxy S III, U.S.-based carriers included. Meanwhile, HTC released the One X on AT&T, One S on T-Mobile, EVO 4G LTE on Sprint, and the DROID Incredible 4G LTE and DNA on Verizon.

The whole “less is more” mantra didn’t stick too well with HTC. Just months after announcing its new device strategy, the company had built a 2012 portfolio of at least 13 devices. At the surface, 2013 seemed like a better year for the company, but if you count all the individual models – from the One M7 and its mini and max variants to the Desire and Butterfly lineups – there were 14 models. 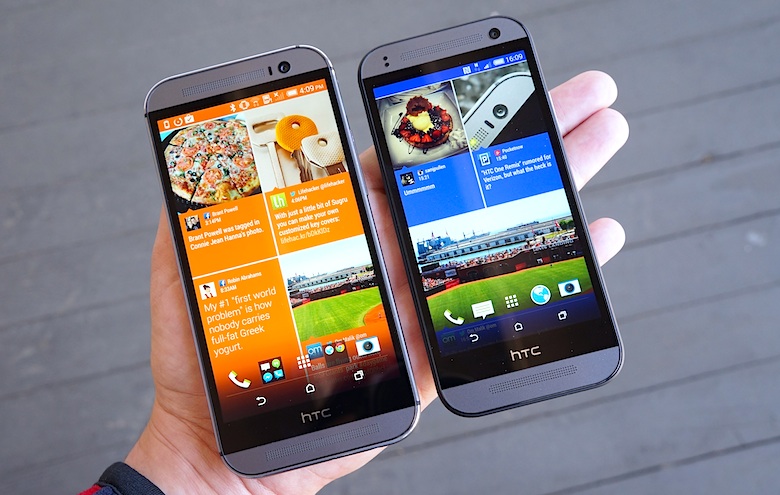 And here we are in 2014. It seems to be off to a decent start with only five different models: the One M8, One mini 2, Desire 310, Desire 610, and Desire 816. Being only May, however, it means HTC still has plenty of time to throw in a half dozen or so newer, slightly different models that will only sell a fraction of the units the main handsets will.

The rumor mill has hinted at a Butterfly B2, One M8 Ace, One M8 Prime, and at least one other unnamed device. And if history tells us anything, we should also expect some iteration of the One max 2, based on the M8. That’s a total of at least 10 devices, many of which overlap one another.

That’s where the debate picks up a bit.

Should HTC be worrying about all these devices which may never sell? Wouldn’t that help cut costs – an utterly important factor for a company that’s spent the last three years deep in the red – if it weren’t designing and manufacturing an excess of devices each year? Instead, shouldn’t it be pumping more money into its advertising to raise global awareness of its handsets? 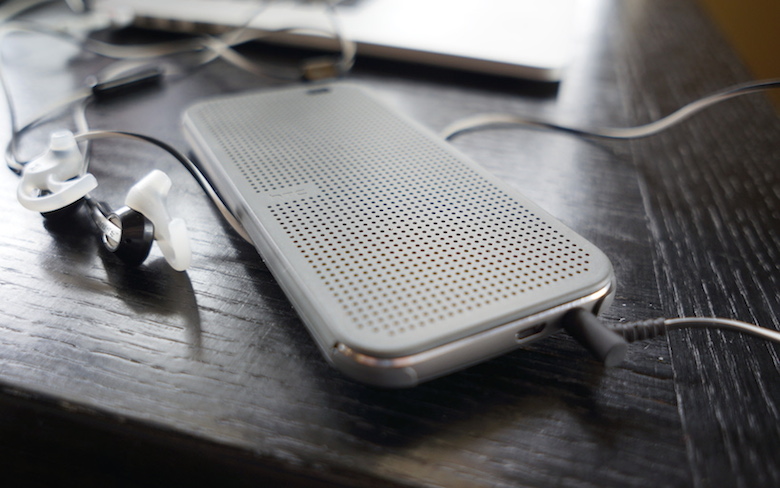 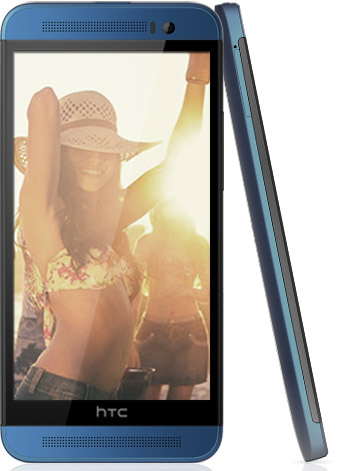 I have no solid evidence to suggest any of that makes any practical sense from a business standpoint. I don’t know how much HTC spends to design or manufacture a seemingly pointless phone like the Desire 610 or the Butterfly handsets. (By “pointless”, I mean the One M8 and One mini 2 should serve as sufficient, respective alternatives in the markets the or Butterfly and 610 handsets may be headed.)

Nick Gray of HTC Source and I talked about this on the Pocketnow Weekly, my podcast Untethered, and Twitter. He explained that having more niche devices, especially multiple handsets on a single carrier, help boost sales, even if they may drive up cost some. But when you have devices like the Desire 816, 610, and 310 alongside the One M8, One mini 2, and (unofficial) One max 2, wouldn’t it make sense to consolidate to just three models that appeal to the same target audience? Instead of manufacturing and designing six phones, you could create three without the overlap and extra costs.

Maybe it’s a pipe dream or maybe it’s far more difficult than it sounds, but the firehose method has never made logical sense to me.

Samsung has the funds, presence, and household brand status to make as many devices as it pleases with the comfort in knowing, at the end of the day, it will still walk away making a profit. HTC, on the other hand, has to live in constant fear that if any one of its devices doesn’t sell well, it will drastically hurt its earnings … even more.

No less, I can’t help but think about how much simpler things could be for HTC if it stopped catering to different markets and audiences with multiple devices with ever-so-slight changes. What say you, folks? Should HTC keep doing what it has done all along and continue making a dozen same but different smartphones every year? Or should it trim the fat and focus more attention and marketing on the devices that actually sell?

The fast charge tech is faster than the 100W Super Charge Turbo that Xiaomi showed off back in March last year.