Should HTC branch out from smartphones?

I hope the rumors of a 9-inch HTC Nexus tablet are correct. Additionally, I hope it’s very successful and helps bootstrap HTC tablets into the mainstream.

HTC has been making smartphones for a very long time. The company was often used by big-name OEMs as the manufacturing company that built their hardware. Compaq and HP (back when they were in the personal digital assistant business) both used HTC to build their devices, which were arguably some of the best pieces of consumer electronics of the day. But what about an HTC tablet? 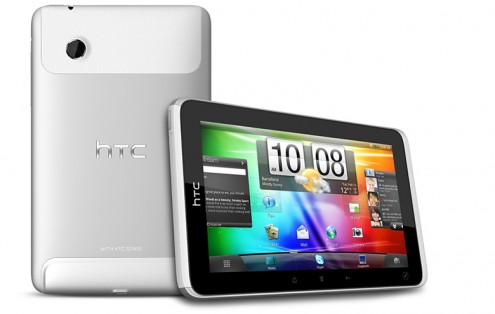 HTC has made some very high-end smartphones recently. The One M8 lineup looks and feels great, thanks in part to its aluminum construction – which doesn’t bend like Apple’s latest aluminum smartphones. Some might call the One M8 a phablet, and there is the One M8 Mini for those who want a smaller device. For those who want bigger, where are all the HTC tablets?

HTC has made tablets in the past, though not many of them. The Flyer and EVO View were both 7-inch HTC tablets powered by Android Gingerbread and later Honeycomb. The HTC Jetstream was a 10-inch tablet, also running Honeycomb. Though the HTC tablets looked good and functioned as you’d expect them to, they didn’t sell particularly well.

Rumors have been circling that HTC is readying a new Nexus tablet for us, which may be announced by Google in a few weeks. Some sources have called this the Nexus 8, others the Nexus 9. We suspect it will be called the Nexus 9, will feature a 9-inch quad-HD screen, and will be powered by an nVidia SoC and graphics processor.

Google has seen quite a bit of success in the 7-inch tablet space, but its Samsung-made Nexus 10 didn’t seem to do so well. Both versions of the Nexus 7 have been the target for other OEMs. Their combination of great pricing as well as decent specs has set the pace for the industry. Going bigger is the next logical course.

We know that HTC does a good job at minimizing side bezels on its smartphones. An HTC-built Nexus could keep the size of the Nexus 9 fairly similar to what we’ve seen in the Nexus 7 family, but offer a larger screen. Whether that’s the case remains to be seen, but we’re hopeful. 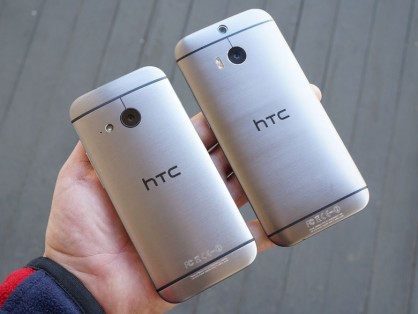 Tablets, more than smartphones, can benefit from front-firing speakers, something that HTC is very good at, and something we loved about Samsung’s Nexus 10. With speakers in this configuration, a high-speed Internet connection, and a Netflix (or similar) subscription, you have a movie theater with you, ready to go at any time. Add a Bluetooth keyboard and mouse and you have a lightweight laptop standing by to get work done wherever you may be.

Smartphones are getting bigger every day with the push to 6-inches and beyond. Tablets seem to be getting smaller, from 11- and 10-inches down to 8- and 9-inches. Could compact, 9-inch HTC tablets be the perfect size for a unifying device? A smartphone/tablet combo? Perhaps. Maybe it’s still too soon for that.

Should HTC branch out from smartphones? Yes, absolutely yes! With HTC’s commitment to quality and high-end construction, I can’t wait for an HTC tablet! Nonetheless, I sincerely hope the rumors of an HTC-made, 9-inch Nexus tablet are correct. What’s more, I hope it’s very successful and helps bootstrap HTC tablets into the mainstream.

Samsung, OPPO, Vivo, Realme, LG, Motorola, and Xiaomi have all shut down smartphone production in the country due to the coronavirus epidemic.