We can custom-build our own computers, but not our own smartphones. Read on to see why we think this is a missed opportunity, especially for struggling companies like HTC.

“I had this stupid idea,” said Jaime Rivera, and my ears perked up. Anytime you hear that kind of a lead-in, you know you’re in for something interesting. I siezed on the opportunity to interview Jaime as I would any non-colleague, and the resulting thought experiment was stimulating.

“My biggest issue with the smartphone selection in 2012,” he continued, “was that the best phones had to be big. If you didn’t buy a big phone you didn’t have the best specs.”

I readily agreed with him. At Pocketnow, we weren’t the only ones to notice the accelerating trend toward “jumbophone-ism,” but we were vocal about it. I myself penned several pieces on the topic, asking where all the small phones went, before suggesting that my next phone could in fact be a midrange device because the problem was getting so pronounced.

Today, Jaime painted a larger picture, drawing a comparison to the ability to change your phone’s color by slapping on a different case. “Cases mean you can change the color of your phone yourself, later, without worrying about making a buying decision at the point of sale,” he pointed out. I quickly saw where he was going: “So why can’t you do that for more than just the phone’s color?” I asked. “Why shouldn’t you be able to customize more aspects of the smartphone, to build a device that truly fits you?”

Some companies already offer a degree of customization in this respect, but it’s usually limited to one modifiable spec, such as storage. Apple is a good example, offering its iPhones in 16, 32, and 64GB variants which are otherwise identical: after the sale, you’re stuck with the amount of storage you chose, and you’re always stuck with the same integrated battery. Samsung is a good example of the opposite extreme: most of its smartphones offer removable storage allowing expansion up to 32 or 64GB via MicroSD, and most of them also feature removable batteries capable of being swapped out with higher-capacity packs.

Isn’t there room for something in the middle? Possibly an approach like some computer manufacturers offer, with custom-built notebooks or desktops? 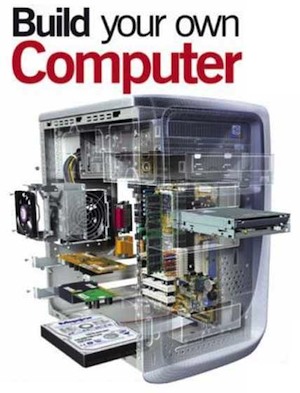 If this question seems familiar, it should: we’ve discussed it before, in the Listener Mail section on an episode of the Pocketnow Weekly podcast. In that episode, we gents behind the microphones were divided: some of us felt that the mobile-computing industry followed so closely in the footsteps of the full-size computer world that eventually, such cherry-picking of features was inevitable. Others felt that the mobile world was too different, and that the trend away from customizable features would continue.

The argument against such a system is simple: don’t we already have a market full of customizable mobile phones? Don’t we already choose what features we want based on whether we buy a mid-range or high-end device?

The answer is yes, but as noted in the referenced articles above, it’s not an ideal model. If you want a large screen, you need to choose a high-end phone, which means you lose removable storage. Or a removable battery. Or bold aesthetics. That compromise is annoying, and it wouldn’t be necessary if companies offered a common chassis that could be customized by the customer either via an online ordering system (with commensurate increases in delivery time and cost) or via on-the-fly modularity.

As our conversation carried on, Jaime said he was inspired by the removable panel on the back of Sony’s new Xperia ZL -unceremoniously termed the “butt flap” by our own Brandon Miniman in our hands-on video from CES– to think more futuristically about the prospects of such modularity. What if such a panel hid not just a MicroSD and SIM slot, but a hot-swappable LTE radio, or more RAM, or an NFC module, or a wireless charging package? The regulatory and technical challenges would be extreme, but the potential payoff seems worth it. The possibilities of such a flexible system are never-ending. 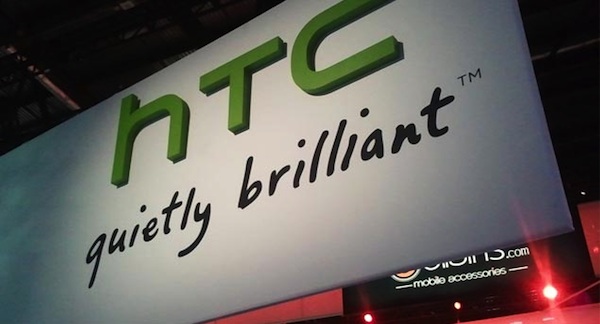 As we seem to talk about constantly, we’re big fans of HTC. We admire the company’s eye for design and its reputation for quality, and its recent descent into hard financial times has given it an underdog status that makes us root a little harder for it. And that same dark-horse characterization means it’s a company that has a greater incentive to defy convention, to attempt wild, industry-shaking moves in its quest for success.

Furthermore, like other manufacturers, HTC already has the ability to modify its wares for different markets. The company told us its new Butterfly for the Chinese market has a removable memory card slot only because it didn’t also require the LTE radio that the functionally-identical Droid DNA boasts. There wasn’t room enough for both, so the company tailored a variant for a specific market. Again, every company does this, but HTC appears to be able to do it well – and rather quickly, at that.

If HTC were to broaden this approach to better approximate the customizable-computer market, the company could charge a premium for these specially-designed smartphones. And people -at least, people like Jaime- would pay it. “So would you,” he told me. “So would a lot of people.”

In that kind of un-ideal environment, the one we live in today, Jaime says he’s often boxed into a corner that sees his money going to manufacturers besides HTC, even though their solutions aren’t ideal. “With Galaxy smartphones, I get the replaceable battery. I get the removable storage. Push comes to shove, if I’m paying the same amount of money for an HTC phone as I am for a Samsung phone … and Samsung is giving me more for my money, which do you think I’ll choose?”

Ultimately, Jaime thinks, companies like HTC are missing out on an opportunity to succeed in the premium smartphone space – something brands like Vertu never figured out how to do because their focus was in the wrong place. “I really wouldn’t mind paying $900 – which I paid for the iPhone5 – for a phone that’s actually made for me, to my specifications. Any company could figure out how to profit from that.”

It’s easy to get so tightly wrapped up in the tech-geek sphere that you forget what the real world will and won’t pay for mobile devices. For my part, I’m not sure there are enough hardcore enthusiasts who’d pay such top-dollar prices for companies to turn a profit on customizable smartphones, once the supply-chain and design costs were taken into account. It would be a bold move for any company to offer this level of granular tweak-ability.

But in a viciously competitive mobile market, bold moves are increasingly the only ones worth making. And it’s more important for struggling companies to entertain those possibilities than for more established brands. That’s why Jaime thinks -and I agree- that HTC is a prime contender to shake up the world of mobile technology, and redefine what it means to buy the smartphone of your dreams.