HTC should learn from Apple’s comeback

Albert Einstein once said: “The significant problems we face today cannot be solved at the same level of thinking we were at when we created them”, and he’s right about every aspect of the phrase. Change doesn’t require just wanting to change, but also requires you to actively think out of the box and challenge yourself. It involves accepting that you’ll most likely have to change yourself. You’re required to challenge yourself because, as Einstein points out, you alone created those significant problems.

Nokia ignored new market trends, BlackBerry held onto their legacy too long and HTC tried to do too much with too little. Companies like Palm and Motorola all died because of making these same mistakes, but not all the companies that have made these mistakes have died. People don’t remember this now, but even though Apple is now one of the most valued companies in the world, it was 30 days away from going bankrupt in 1997 when they decided to change things. Nokia, BlackBerry and HTC are all having a rough time right now, but none of them seem to be 30 days away from going broke. We could all assume that they are all in a better position to survive than Apple was, and yet none of their intentions to rise from the darkness have worked as effectively as Apple’s strategy did. Even more ironic is the fact that in 1997, people still didn’t care about technology as much as they do now 15 years later. We could assume that 2013 offers more opportunity for survival than 1997 did.

Let’s focus today on HTC. They’ve been trying to make a comeback in the last two years but their efforts have still not begun to pay off. How do both these companies compare, and what could HTC do that they’re still not doing? Well, as a matter of fact, Apple took a nosedive for the same reasons that HTC did. Just like HTC launched a dozen variants of the Sensation in 2011, there were around 10 different variants of the same Mac and four different Mac line-ups with the same issue. They also had a printer division, a PDA division with the Newton, a camera division, an aged computer operating system, legacy support for more than they could bargain, and no cash to operate. They were simply an accident waiting to happen.

Let’s go through the different things that Steve Jobs did when he took over the company and compare them to HTC’s current state.

Be simple and be the best 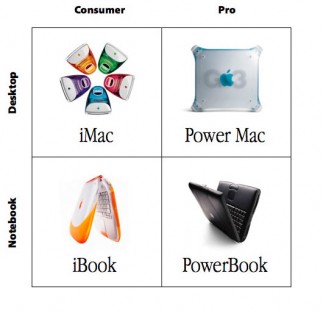 Instead of focusing on lots of products and markets with potential, Steve stripped down the company to the only product that actually sold, which was the Mac. Instead of doing 10 variants of each mac for every region, market or demographic, he oriented the product to only two customer demographics, and two variants – Consumer and Professional, Desktop and Notebook, regardless of how many regions the company served. These four Macs had to be the best that they could be in each product category that they served as well.

HTC committed the company to simplifying their product line with the HTC One last year, but instead of being just one product, it ended up being a line-up with the HTC One X, S and V. The One X was good but not great, the S was ok, and the V sucked. Each product served a different market, but none of them were better than the devices they competed with. Then they kept doing the cheap Desire phones as well, and the strategy just didn’t work for them at all.

How has 2013 stacked up? The HTC One, though controversial due to its camera, has proven to be the best phone of the year. They’ve finally nailed the wow-factor that they needed to start their year off right. The problem is that we thought the HTC One was going to be their only knight in shinning armor, but now we’ve also got the HTC First which died on arrival, the Desire 600, and other desires everywhere as well. It doesn’t seem like if they’re getting the full memo on my book.

Apple took another insane risk worth mentioning. They focused only on the high-end market. This allowed their brand to only be recognized for good products instead of also having to worry about mediocre products diluting their appeal. Think about it for a second, how many Android or Windows Phone OEMs do we have that strictly focus on making high-end products? I see a huge opportunity for HTC here.

Advertise regardless of your limitations 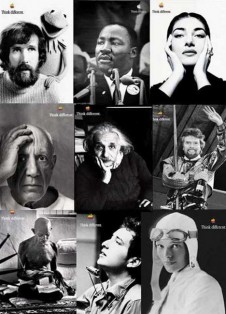 Surely the experts would criticize Apple in 1998 for killing all the demographic variants of their Mac line, but Apple clearly knew what they were doing. If they couldn’t win every market, they were going to at least serve the one market that’s able to afford a high-end Mac, and that was the US market. It took Apple a full year to come-up with its first product in the revival plan with the iMac, and during that year, what did they do? They launched the “Think Different” campaign to much praise. Being strapped for cash and wasting so much money on an ad campaign that doesn’t show a product is insane if you read the text books, but what they did was keep Apple in the top-of-mind of customers until their product was ready. Whether you believe it or not, generating buzz is really that important.

By contrast, as Stephen pointed out in yesterday’s editorial, Peter Chou promised an “Advertising ambush” this year, and we haven’t seen it. Chou did admit that HTC doesn’t have the resources that Apple or Samsung have for marketing, but neither did Apple in 1997. What Apple did was simply focus
their ad campaign at the market that mattered, the US. I did see some good HTC brand advertisement in the UEFA Champion’s league lately, but how many of you in the US follow this Soccer event? And even then, Samsung has done a great job in making sure the world knows what the “New Galaxy” is, and I’m not sure that the average person understands what the words “HTC One” mean unless they’re shown a phone. 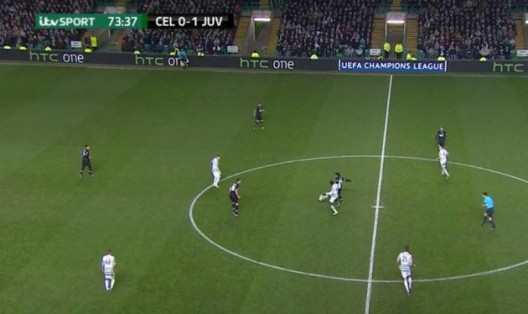 Today, both Apple and Samsung use the Super Bowl even if they don’t have a new product to show, and honestly, this is what HTC should do as well. 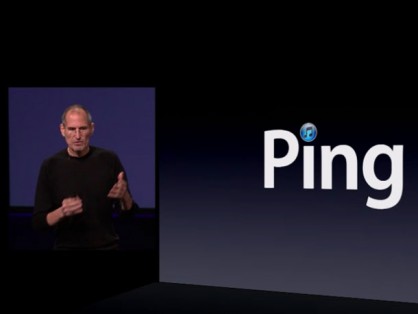 I think it’s safe to admit that Apple has failed more than they’ve succeeded in the Steve Jobs era. Surely the Mac is a popular computer today, but it took them over a decade to go over a single-digit market figure after the first iMac was launched. Their attempt to build a phone with Motorola failed terribly. The Apple TV has never taken off, and neither have most of their software offerings like iWork. MobileMe is still known today as a complete disaster until iCloud rescued it. And does anybody remember Ping, their terrible jab at a social network? Think about it, Apple has really only had three products that have succeeded immensely and these are the iPod, iPhone and the iPad. Still, you’ve never seen Apple admitting defeat, have you? They silently closed Ping, they call the Apple TV a hobby, and they rebrand anything that deserves to be kept, but they never admit defeat. Some may say that the “Antennagate” keynote is the only example, but Apple did all they could to show that this problem wasn’t unique to the iPhone 4.

HTC on the other hand has simply given too much negative publicity lately. Whether it’s the massive exodus of high-level executives, or the fact they actively complain about their ability to meet demand due to problems with suppliers, there are certain things that are better kept a secret. Figuring out who to blame for your lacking is just proof that there is lack of focus in a brighter future within a company. Regardless if these are fake or true, they make all of us in the tech world skeptical up to the point of writing these articles, right? 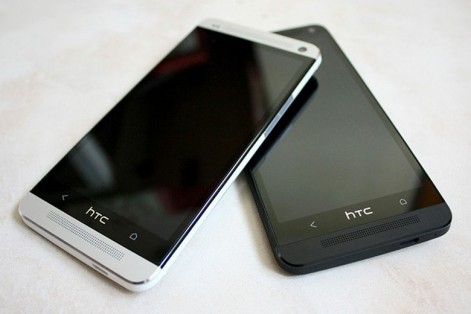 Apple is not perfect, and neither is HTC. Apple hasn’t always gotten it right, and neither has HTC. Their only difference is that I notice that Apple has done a better job at sucking their defeat up and focusing on the things that do work, even if only one thing can be rescued. HTC is still making a lot of mistakes in 2013, and they keep promising things that they don’t keep, and that’s really a bad thing.

We’ve all seen cases of companies that have changed dramatically with the same leadership. HTC doesn’t need to shake-up their team or change their CEO. I’ve even written a past editorial where I consider a change at that level to be a huge mistake. I just feel that HTC should learn one basic risk that Apple took that paid them off well. Focusing on the higher-end market is a very smart move. Lot’s of companies have succeeded in this endeavor like Mercedes and BMW, and if Apple has done the same, why can’t HTC?

HTC is already famous for their amazing build quality and attention to detail, so they have all the tools they need to be the new high-end Android and Windows Phone OEM. Building cheap phones does have a cost and leaves a much smaller profit, so my opinion is that it’s smarter to build at a higher profit than to build for the masses at times when production issues are apparent.

One thing is for certain though, during adversity some people break, and others break records. 2013 will be crucial to see where HTC stands.

What do you think? Would you agree that Apple’s revival history would serve HTC well, or would you recommend another company to serve as an example? Leave us a comment.