The images in this post purportedly depict the dialer and the keyboard from the upcoming HTC Sense 5 UI. Check it out!

HTC equipped the Butterfly and the Droid DNA with its own Sense on top of Android, version 4+ for these particular models — as well as the One X which is getting a newer UI thanks to a reported update. Sense 5 is rumored to be launched on the M7, which is still just subject to hear-say until CES or MWC.

However, according to recent reports, the upcoming Sense 5 will bring a UI overhaul which should be “simple and clean” with an improved lockscreen, and further tweaks to HTC apps. The image above claims to be, according to a Chinese report, the dialer from HTC Sense 5, while the image below depicts the keyboard for the upcoming devices featuring the latest Sense. Of course, compared to the similar elements of Sense 4+, we don’t see significant changes but these two items are just a small part of what HTC Sense is.

If HTC is prepared to show off new models at CES packing the new version of Sense, we’ll be there to bring you all the juicy details so make sure to stay glued to Pocketnow for the entire period of the Las Vegas show. 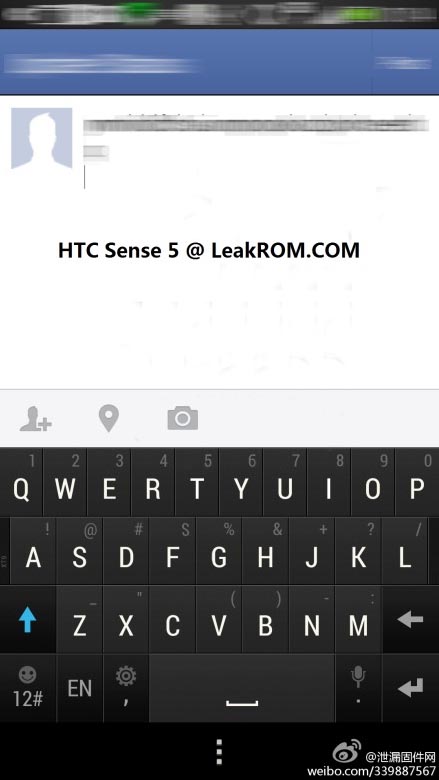