HTC faces another scandal, as some of its phones start showing unwanted keyboard ads

HTC may have not chosen the developer of its native smartphone keyboard app very wisely, with an infuriating error serving ads all of a sudden.
Published 17 July 2017, 05:56 EDT

HTC has undeniably had a rough past couple of years from both a financial and creative perspective, selling fewer and fewer phones as its flagship designs lacked originality, the hardware freshness and the software polish.

The extremely well-reviewed, well-liked U11 might just be the start of a new era for the hard-fighting Taiwanese mobile device maker… if only the company would be more careful about the fundamentals.

Encouraging, even indirectly, hardcore brand devotees to “combat” online criticism of the HTC U11 is totally uncool, and serving ads on a phone’s default keyboard is even worse. It’s the worst kind of commercial behavior, and power users aren’t going to tolerate such an insulting abuse after paying large sums of money for the U11 or HTC 10.

For what it’s worth, it was never the OEM’s intention to pester you with advertising while typing and drastically reducing your precious screen real estate. Instead, it’s all because of a third-party glitch. 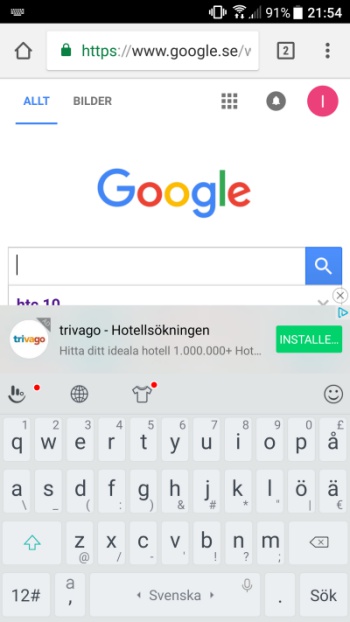 In case you didn’t know, TouchPal is the name of the company that provides the keyboard app pre-installed on many HTC phones, as well as others from Huawei, ZTE, Lenovo, Sony or Alcatel. The award-winning software also enjoys the appreciation of over 1.2 million Play Store downloaders, averaging 4.3 stars. But in its HTC-specific iteration, it has plummeted to under 3 stars after a mystery server error caused the recent invasion of unwanted ads on high-end devices, mainly the 10.

For its part, HTC has responded to widespread anger with the promise of a “fix” coming soon, as “this is absolutely not the experience we intended.” Ads will be removed “as quickly as possible”, while in the meantime, folks on Twitter are being told to locate the TouchPal app in the Settings menu and uninstall its updates. But once again, it’s HTC’s name and reputation that will suffer serious PR damage. After all, no one paid that TouchPal company a dime here.

Leaked UI video suggests the Legion gaming smartphone will feature a 5,000mAh battery and that it will support an impressive 90W fast charging. W