Check out the just-launched HTC Re camera accessory, a handheld still/video camera with cross-platform compatibility.

The day has arrived for HTC’s latest launch event, an announcement it’s been teasing under the “double exposure” banner. We’ve been looking forward to news of hardware with camera performance among its main features, including both a new camera accessory and a smartphone with exceptional selfie capabilities. This afternoon, HTC has announced both such model; let’s get started by checking out what the company calls its “remarkable little camera,” the HTC RE.

The design is just what we’ve seen in previous leaks, something you might mistake for an asthma inhaler. That layout is intentional, optimized to fit comfortably in the user’s hand – RE even senses your grip and powers-on automatically. The camera sports a 16MP sensor and a 146-degree wide-angle lens, all ready to start capturing both still images and 1080p video. Or if you can live with 720p, the RE offers up to quarter-speed slow-mo recording.

Waterproofing protects RE while submerged for up to half an hour at depths of one meter. As for controls, they’re pretty basic: just a thumb-stationed shutter button and a trigger up front for slow-mo. With no built-in viewfinder, you’ll either have to frame shots by eye or use the connected Android or iOS app as a remote viewfinder – kind of like Sony does with its QX-series lens-style cameras.

The RE stores its pics and video on a microSD card – that’s 8GB out of the box, but with support for larger sizes. But you may not need a ton of storage, either, with RE able to easily sync its content not just with your phone over WiFi, but send it out to the cloud for safe keeping, as well.

Rather than being something like a rugged GoPro-killer – as initial rumors made it out to be – HTC is instead placing an emphasis on convenience and simplicity over extreme durability. But then again, that could also make it a lot more appealing to the average smartphone user.

Initial sales of the RE camera will be offered in Best Buy stores and on HTC’s own website, starting sometime this month. Later, Amazon will join them, as will carriers AT&T, T-Mobile, and Verizon, all in time for the holiday season. 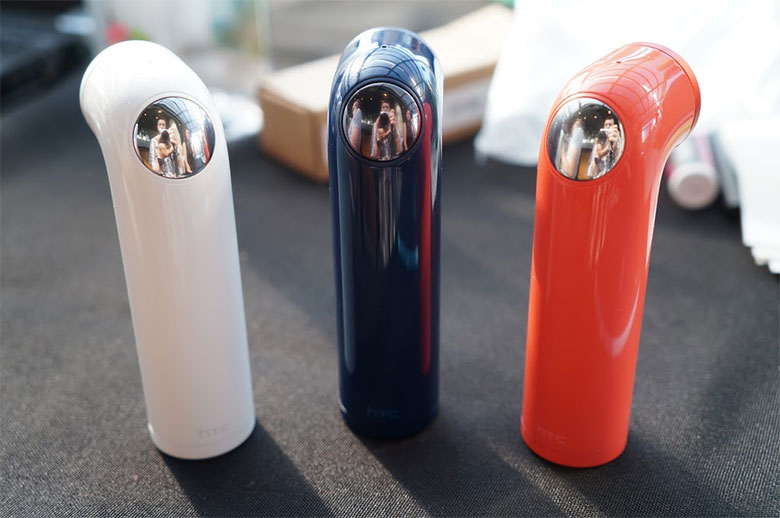 This clip is teasing the announcement of the HUWAEI P40 series, and, while it doesn’t reveal much, it does focus on the camera capabilities.

Smartphone shipments have suffered a huge drop in February, the most significant drop ever recorded in smartphone market history, and here’s why