The last time we’ve seen the HTC One max, or at least a device claimed to be the upcoming phablet, was on Monday, when we got a closer look at its fingerprint reader on the back, just below the camera. Today, we get some phablet p0rn, as the upcoming HTC gigantophone is pictured alongside its main competitors, the Samsung Galaxy Note 3, and last year’s Note II.

As you can see in the image above, the HTC device looks to be larger than the brand new Note 3, and that’s not only because of the BoomSound speakers on top and bottom. The screen itself is also, apparently, larger, rumored to be around 5.9-6-inches. As a bonus, there’s a clear shot below of the One Max with the battery cover off, showing the camera, flash, fingerprint scanner, SIM card slot, microSD card slot, and a covered battery.

There is still no official information about the HTC One Max but with so many leaks we’re guessing it couldn’t be far out. 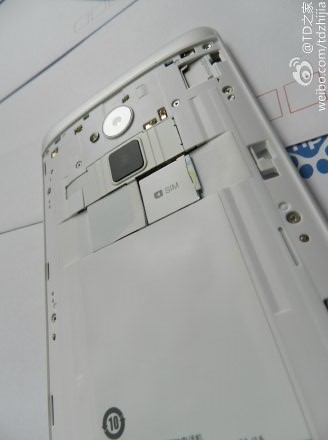 The road ahead for Sony’s smartphone business is going to be even more difficult, as the coronavirus pandemic cripples global supply and sales channels.