A couple new HTC One M9+ renders leak, just in time for launch

We’ve got a couple new HTC One M9 Plus renders to help tide you over until tomorrow.

Tomorrow is April 8, which means we’re just about to see HTC’s latest smartphone go official. The weeks following the launch of the One M9 have already brought us the One M8s and One E9+, but there’s one more new model just over the horizon, the One M9+. The quad HD handset has seen no shortage of leaks, and already this month we’ve had a few opportunities to check out seemingly official promotional material. While tomorrow’s event will finally pull the curtain all the way back on this Android, we’ve got one last set of leaks to take a look at today, with the arrival of a couple new renders.

At this point, these pics aren’t going to be showing us much new, so instead consider them your reminder to check in tomorrow and get the full story on the One M9+’s debut. We expect to see hardware like that aforementioned quad HD screen (measuring in at 5.2 inches), a 64-bit MediaTek SoC, 3GB of RAM, and the return of a Duo Camera, though this time with a 20MP main sensor.

Maybe the biggest question hanging over the phone’s launch is just where HTC intends to sell the model. It’s sure been looking that this guy is intended primarily for the Chinese market, but could we see availability spread beyond those borders? There’s no guarantee we’ll find out for sure tomorrow (as pricing and release data has a bad habit of not always being available at launch time), but it’s easily our best shot for now. 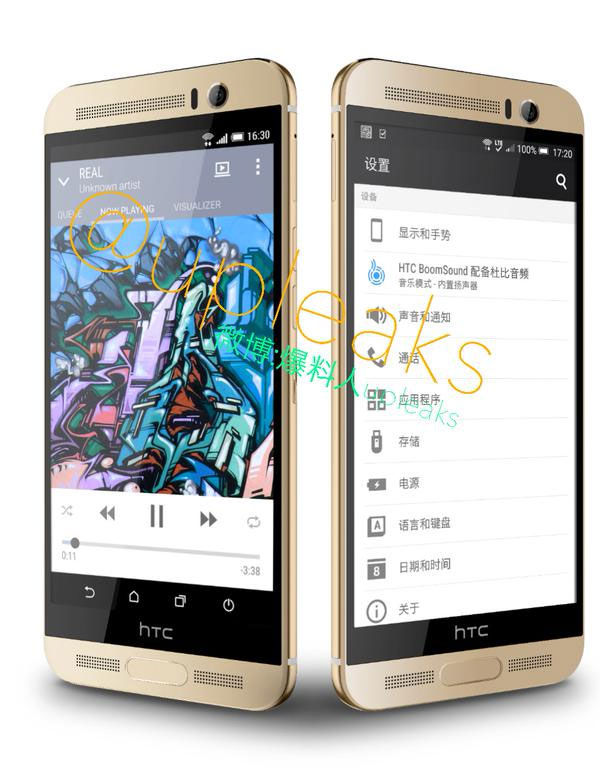