This front glass smartphone component could very well belong to the HTC Hima, which might or might not turn out to be the HTC One M9 from 2015
Published 08 December 2014, 04:55 EST

Whether the so called “HTC Hima” we’ve seen leaked/rumored last week will turn out to be the HTC One M9 — follow-up to the M8 from this year, which replaces the M7 from 2013 — is anyone’s guess, but we’ve heard not one, but two reports talking about the upcoming 2015 HTC One, and its purported specs. Interestingly, they try to anticipate a 5.5-inch display but what we see here attached seems to be just a tad smaller.

Despite the claims, there is no way to verify whether this is indeed a 5.2-inch front glass, let alone to verify the legitimacy of the images, or the smartphone they (will) belong to. So, we’ll just go with the report: the question is whether this 5.2-inch glass will be used by HTC to protect the upcoming HTC One M9. If we move to “Utopia” for a second and take all of the above for granted, the HTC One M9 will have a 5.2-inch screen, and will still be bigger than the five-inch display on the M8. However, HTC has a lot of other products on the side, which may or may not be part of the One family; this front glass can belong to any upcoming (or existent) smartphones from the Taiwanese manufacturer. 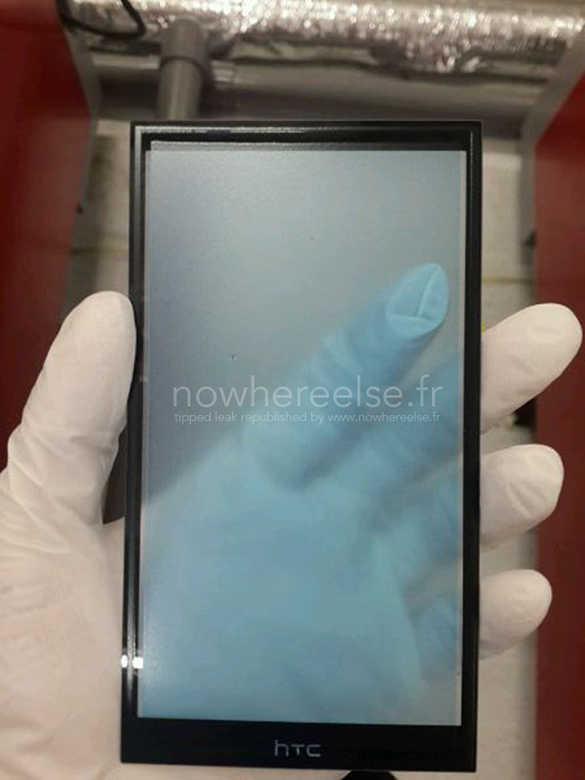