HTC announces the new One (M8)

After all those rumors, we finally get the official scoop on HTC’s latest flagship, as the company’s HTC One (M8) launch event unfolds in NYC.

Easily one of the most anticipated Androids – if not smartphones, period – to cross our path in recent memory, the all new 2014 HTC One has kept us fascinated over the course of these past weeks and months, starring in leak upon leak and fueling waves of speculation and rumor. Today we put all those whispers and guesswork behind us, as HTC takes to the stage to formally announce its latest flagship: the HTC One (M8).

As expected, the new One features a 5.0-inch 1080p display, runs a Snapdragon 801 SoC at 2.3GHz, and has 2GB of RAM. The phone will be available in 16GB and 32GB storage capacities, but this year we get the option to expand upon that with microSD support.

The phone’s primary camera (or should we say cameras) is part of this new Duo Camera arrangement. The UltraPixel sensor takes the lead there, with the secondary camera providing depth information, to help the phone pull off the sort of Lytro-esque focus tricks we heard alluded to in leaks. Unfortunately, HTC’s still being coy about a hard resolution number, but that should come out soon.

Just like we saw, there’s a new dual-color flash, to help more naturally illuminate your subjects, and that second camera helps speed-up focus times, which fall to as little as 300 milliseconds. Up front, we get a high-res five-megapixel camera with wide angle lens.

Network support’s all over the board, with various region and carrier editions hitting all the major 3G and LTE bands, not to mention CDMA support for Sprint and Verizon. HTC jumps on the miniaturization bandwagon with its embrace of nano SIM cards.

This year, HTC is once again releasing a Google Play edition of its flagship model. The silver GPe model goes up for pre-order today at about $700.

And remember that Lite-Brite-esque case with all the little holes in it? HTC has confirmed this as its Dot View case, showing notifications through those holes for a retro dot-matrix look. 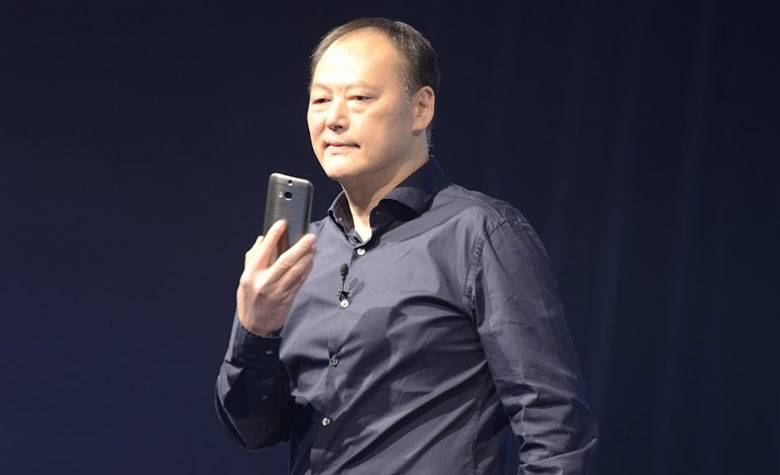 What about software? The new One (M8) runs Android 4.4 with Sense 6.0. Motion Launch lets you wake your phone with a combination of sensor and touchscreen input, and Auto Answer lets you take a call just by raising the phone to your ear. Zoe is getting updated to support the cloud, but you’ll have to wait just a little for that – HTC says the new app should be available this summer.

Beyond the phone’s larger-capacity battery, HTC also has some other tricks to enhance battery life. Right off the bat, users should notice a 40% improvement compared to last year’s One. If you want to go a little more hardcore, the phone’s Extreme Power Saving Mode shuts down all but the essentials, powering the phone for as long as two weeks.

So how can you get your hands on this guy? Most carriers will have the phone in stores by April 10, but online sales are opening today, at 1pm. Verizon gets a head start on retail sales, and the carrier’s stores will have the M8 in stock, available for purchase, today at 1pm as well.