Find out how you can get Sprint’s HTC One M8 Harman/Kardon enhancements on your existing M8 handset.

Sprint announced its special Harman/Kardon edition HTC One M8 earlier this week, and while we were anticipating news of this Harman/Kardon connection after a leak a few weeks back, the news wasn’t entirely what we had expected. Rather than activating the Harman/Kardon software enhancements via an update to Sprint’s existing M8, the carrier instead introduced a whole separate model, bundled with H/K earbuds. Well what if you already bought the One M8? Are you out of luck? Far from it, and the enterprising minds over on the XDA-Developers forums have come up with a method to add these Harman/Kardon software tweaks to the One M8 you already own.

This doesn’t just work on the Sprint M8, but reportedly all available variants – Verizon, AT&T, whatever. The process is quite straightforward, with an enabler package you just have to flash from recovery – the only real prerequisite is that your phone’s flash must be in s-off mode, but the already available Firewater tool should get you all set for that.

In addition to activating the hidden H/K settings, this process also updates the firmware on your M8’s Advanced Digital Signal Processor, meaning the improvements should be a little more substantial than just some EQ fiddling. If you’re curious to see what all the fuss is about, hit up that source link and start reading through the directions. 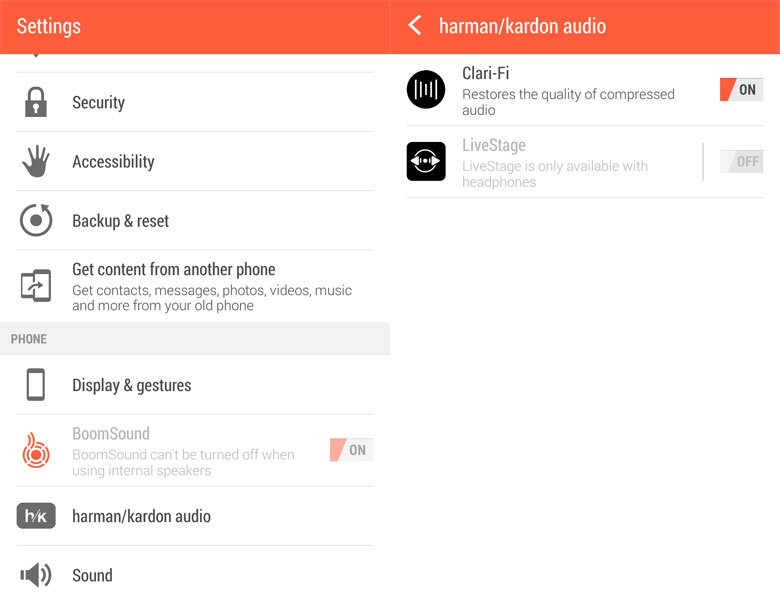