HTC One M8 for Windows can last twice as long as its Android sibling?

Learn more about the differences in battery performance between the HTC One M8 for Windows when compared to its Android sibling.

Whenever we see spec wars between smartphones, a lot of people forget to note that each operating system handles its respective hardware differently. It would be unfair to compare a Windows Phone to an Android phone on a spec sheet, as we do know that Windows Phone requires much less power to perform just as well as Android, and which is something that doesn’t speak highly of Android. If you’re wondering just how power efficient a Windows Phone can be when running on the same specs as Android, just have a look at the HTC One M8 for Windows, and see for yourself.

We still need to run our own real-world tests in order to confirm if these differences are that staggering, but yes, if battery performance is your thing, it’s hard to not be inclined for Windows Phone. 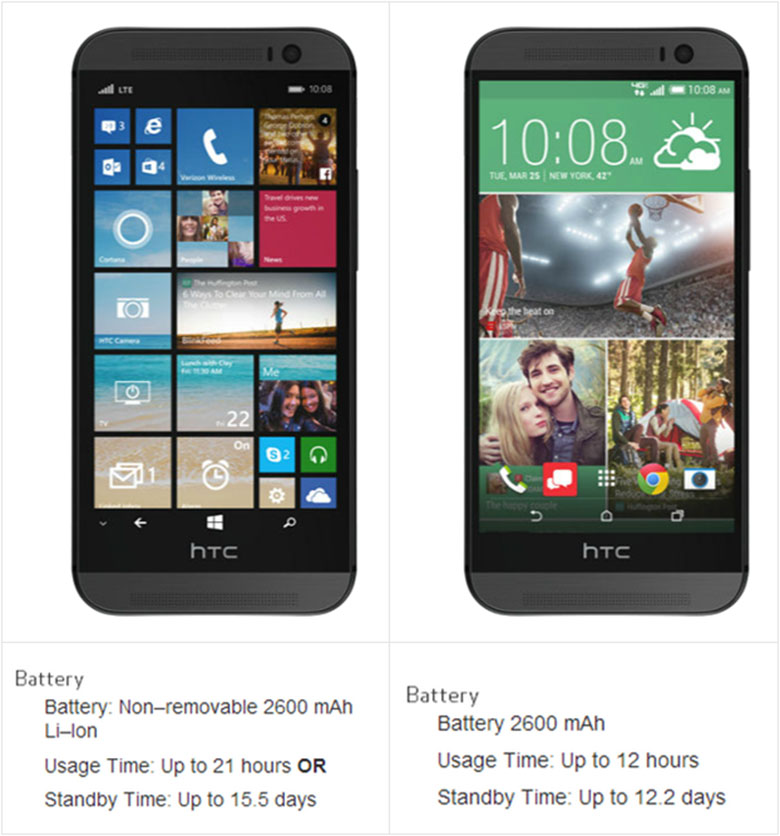