HTC announces the plastic-bodied One E8

The phone we’ve been tracking as the HTC M8 Ace has finally gone official as the HTC One E8.

Last Thursday, we saw HTC seemingly confirm a smartphone we’d been keeping an eye on for the past several weeks, the model we’ve been talking about as the M8 Ace. HTC China hosted some pages related to a contest for the phone, but we didn’t see any corresponding launch announcement. Had someone jumped the gun? And were we ever going to learn of a more formal name for this phone than the One “Vogue” or “Fashion Edition,” not really sure if our automatic translation tools were steering us down the right path? We’ve had to wait a few days since then, but answers are finally incoming, as HTC launches the One E8.

Sure enough, the One E8 is this very same polycarbonate handset we saw in those most recent M8 Ace finds. It keeps the One M8’s five-inch 1080p display, Snapdragon 801 SoC, 2GB of RAM, and those front-facing stereo BoomSound speakers. Like the original, the E8 supports HTC’s Dot View case.

Still, the One E8 is going to be defined by how it differs from the M8, so what’s changing? The plastic body is the most obvious shift, and while height and width basically match the M8, the E8 ends up slightly thicker, now measuring in at 9.85mm. The other big change is the lack of another Duo Camera system, as the E8 ends up with a 13MP main camera – the M8’s 5MP front-facer returns. It also looks like there’s only a 16GB storage option this time around – there’s still microSD expansion, but no 32GB version of the E8. Finally, the E8 offers dual-SIM support.

As for availability, China’s unsurprisingly first on the list, getting the E8 this month, and while HTC has confirmed that other markets around the globe will see the phone arrive later this year, it hasn’t clarified just which yet. We’ve also yet to get an answer when it comes to pricing: just how much more affordable will this plastic body make the E8 compared to its predecessor? Hopefully that detail’s coming soon.

Update: We’ve confirmed that the E8 will sell in China for what works out to about $450, subsidy-free. 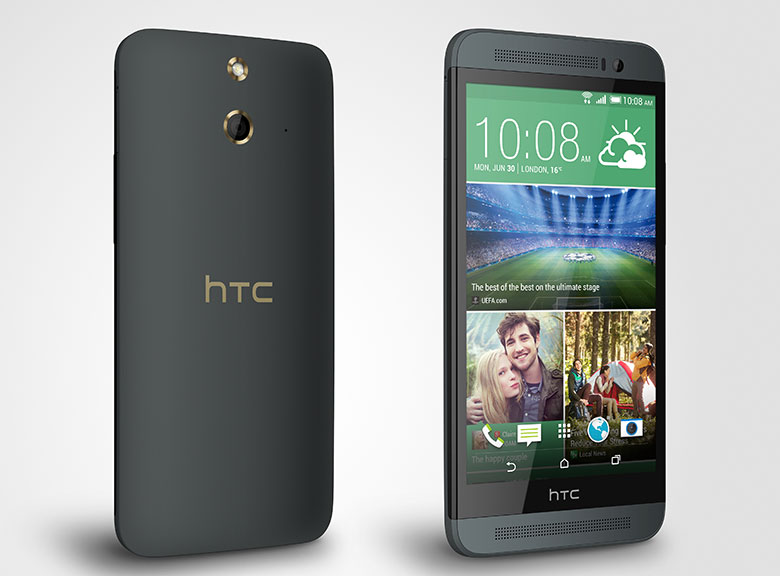 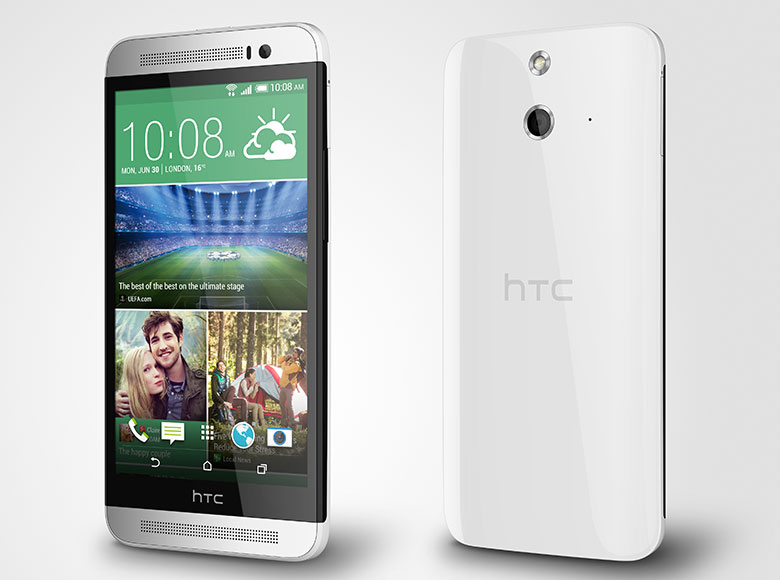