Hear what HTC itself has to say about last week’s new HTC One benchmark scandal.
Published 31 March 2014, 11:04 EDT

Last week, shortly following the release of the new HTC One, some oddities regarding the Android’s benchmark performance started coming to light. By all appearances, the phone was detecting when certain benchmark apps were being run and activating its high-performance mode, whether or not the user had specifically engaged it. But was this deceitful of HTC or not? The company has since issued a statement about the situation, and it doesn’t seem to see anything wrong with its actions.

HTC explains, “benchmarking tests look to determine maximum performance of the CPU and GPU and, similar to the engine in a high-performance sports car, our engineers optimize in certain scenarios to produce the best possible performance. If someone would like to get around this benchmarking optimization there are ways to do so, but we think most often this will not be the case.”

It continued, “for those with a need for speed, we’ve provided a simple way to unleash this power by introducing a new High Performance Mode in the developer settings that can be enabled and disabled manually. The HTC One (M8) is optimized to provide the best balance of performance and battery life, but we believe in offering customer choice, as there may be times when the desire for performance outweighs the need for battery longevity.” 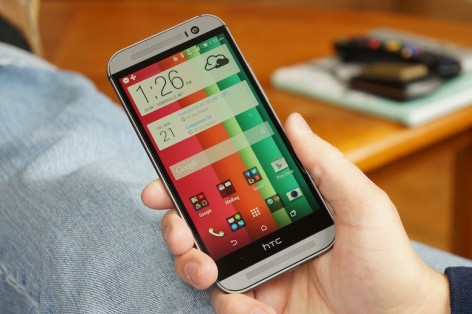 Well, OK; that basically confirms exactly what we thought. But the question remains, what’s so bad about this?

Benchmarks exist to give us tools for comparison. Did that new KitKat update make my phone faster or slower? Benchmarks can lead you to an answer.

But with what HTC’s doing here, there’s no easy way for a user to examine the impact of that high-performance mode; whether the setting is activated or not, benchmark apps are still going to run as if it’s enabled. The “ways to do so” HTC mentions in regards to running a benchmark without the optimizations sound downright onerous: first a user would have to be aware of this non-previously-disclosed performance hack, and then manually repackage benchmark software to obscure its APK name. Maybe there is another setting to permanently disable benchmark optimization, but so far we haven’t heard of anything working that way.

In effect, HTC is making benchmark software less useful to One owners, as their ability to test different system configurations is severely compromised.

Oh, and the real kicker? That manual option to engage the high-performance mode? It doesn’t even exist yet for certain versions of the new One, specifically those in the US. HTC says it’s coming by way of a future software update, but with that option not even formally present yet, these benchmark shenanigans seem that much sketchier.