@evleaks is back at it again with a preview of an upcoming device with a promising new UI and a VR-purposed phone? Is it a red herring?

Our favorite [insert facetious jumble here] leaks man Evan Blass has put out two videos supposedly leaked from HTC, both of them describing efforts that the company is undertaking and will likely be shown at an event or events.

The first one we’ll focus on is the HTC Ocean.

The codename “Ocean” has come to be associated with a new mobile user interface that relies less on tapping on the screen and more on intelligently detecting swiping and tapping actions on the sides of the phone to scroll, select and execute actions.

We’ve since associated, for better or worse, that “Sense Touch” concept with three devices: “Ocean Note,” “Ocean Master” and “Ocean Smart.” The Ocean Note is said to launch at an event on January 12 as the “HTC U Ultra”.

If you were wondering what our conditioner clause was for up there, then you probably won’t like the odds of seeing the Sense Touch concept on the U Ultra, especially when you take what Blass tweeted out after posting the video.

Let’s be clear, here. The Ocean imagined in this and a previous video is absolutely not related to the Ocean Note that HTC is launching.

The Ocean Note has pretty much nothing to do with the Ocean we’ve seen? So much for presumptive deduction.

Going by what we’ve previously gathered, we can imagine that the Ocean Master device will be the bastion for Sense Touch and it leaves us wondering if the Ocean Smart device, with the chips on it being a mid-range Desire series phone, will get Sense Touch.

Moving onto video number two, we learn that HTC will be publicizing its CMF kitchen — the letters stand for “colors, material and finish”.

We likely saw the first bits of the kitchen’s output in the recent Desire x30 releases with their microsplash designs. It’ll be good to see if the company can pull off something far beyond what Motorola did for Moto Maker, the feature that allowed customers to tailor the intrisnic colors and materials of their to-be handset to a certain extent. It’ll especially be encouraging now, given how the Moto Z has given up that level of customization for modular design shells. 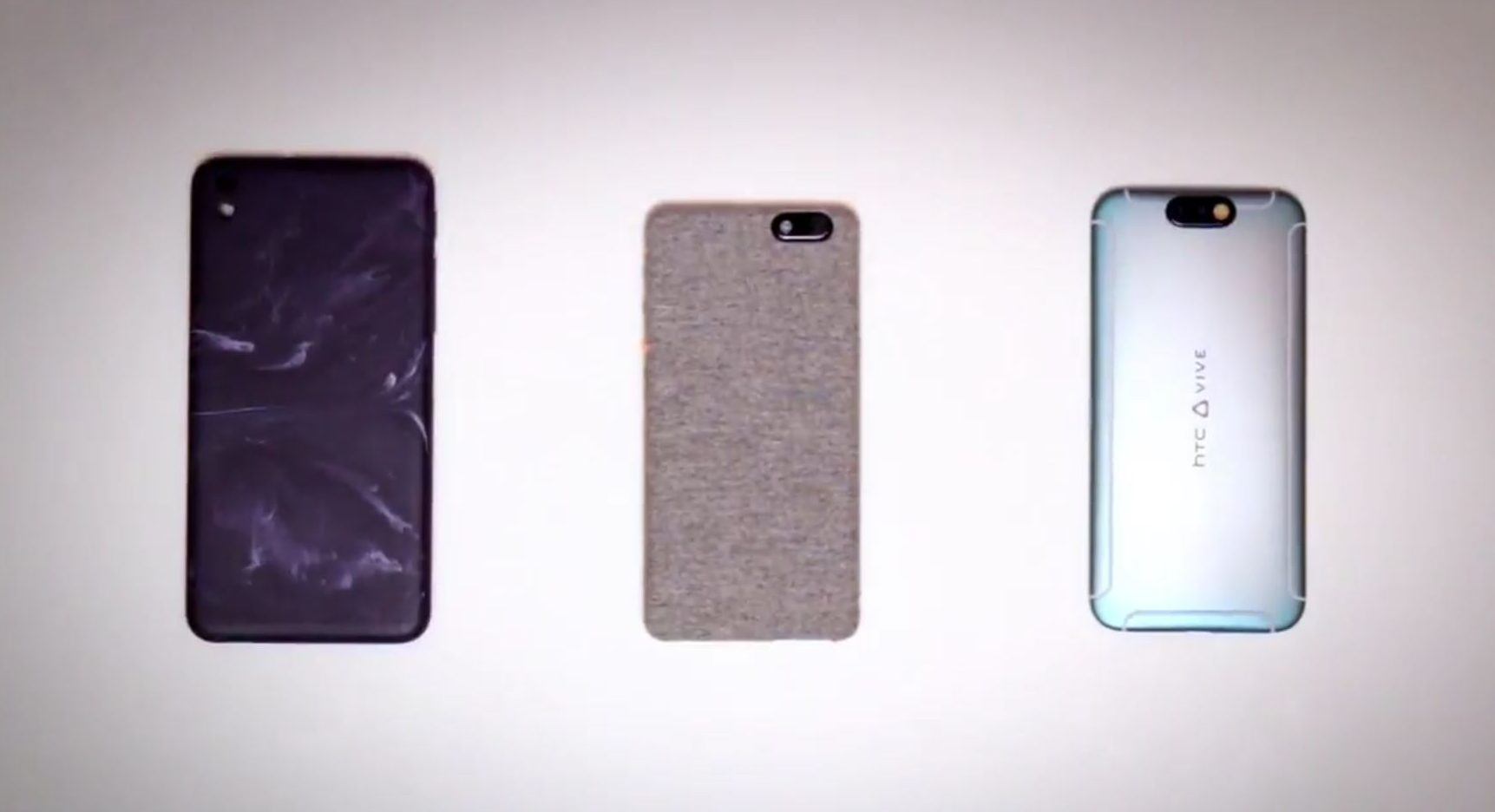 And yes, you were not mistaken in seeing an HTC Vive phone in the last few seconds of that video. What that has to do with a woman jogging along the harbor, we have not the foggiest. There’s simply too little information to speculate on or even put out expectations for.

But we can sure as hell talk about the concept and purpose of a Vive phone in the comments. Keep in mind that HTC officially spun off its virtual reality arm last year into HTC Vive — if that means anything to your calculations.