We hope HTC is selected to build a Nexus tablet, we’re just concerned that an HTC Nexus tablet may not be the best way to get back into the tablet game.

The Nexus program is a somewhat shrouded in mystery. We suspect that Google it running it to a platform upon which it can demonstrate the “pure” version of Android, and to serve as a reference platform from which the other OEMs can look to. It also proves that fairly high-end and high-quality hardware can be made and sold for a very reasonable price — in the States at least.

On the tablet side, Google partnered with Motorola to make the XOOM (the first Google-sanctioned, Android-powered tablet), with Samsung to make the Nexus 10, and with Asus to make both iterations of the Nexus 7.

Through all this, a loose pattern has developed: Google doesn’t seem to partner with any one OEM for more than two Nexi in a row, and has yet to circle back to a previous partner. 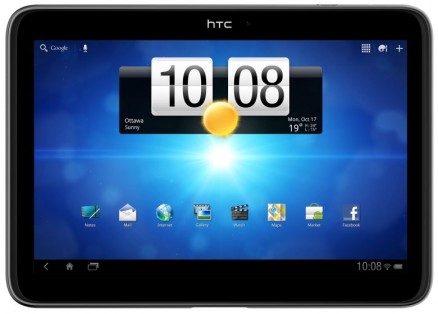 Depending on your source (and sometimes even the time of day), rumors are that HTC may be making the next Nexus tablet for Google. Additionally, many suspect it will sport an 8-inch display — possibly without making the device itself any larger. Should this be the case, it serves as an opportunity for HTC to get back into the tablet game.

HTC is doing a very good job making smartphone and phablet hardware. The devices are well-built, relatively high-spec’d, and have a very distinctive look. They’re not inexpensive, and despite their impressive styling, the company is still struggling.

HTC has made tablets before. If you haven’t heard of them, we won’t hold it against you. I no particular order, HTC’s “recent” tablets include the 7-inch HTC Flyer running Android Honeycomb, the 7-inch HTC EVO View 4G (which by its name, you might have already assumed was made for Sprint) running Android Gingerbread, and the 10-inch HTC Jetstream running Honeycomb. Put another way, HTC is no stranger to making tablets. It is, however, somewhat unfamiliar with making a particularly “successful” tablet.

Nexus devices are unsubsidized. If you want one, you’re going to have to pay full-price for it. To us, that’s just fine. Why would you want to overspend on your monthly cellular bill just to get the false sense of a “discount” on your hardware? Nonetheless, people still compare apples to oranges, and an unsubsidized Nexus has to compete with a subsidized carrier tablet when it comes to price. To combat this, Google makes some sacrifices when it comes to the company’s Nexus lineup. They might not be “top-of the line” — but they’re close, very close. 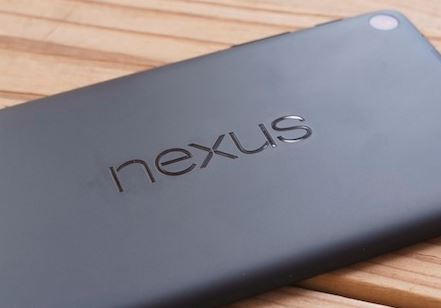 We saw that point underscored when Google partnered with Asus to make a 7-inch tablet for US$199. Google and Asus did it again with a refresh to the Nexus 7 in 2013, selling it for $229 with double the storage. For a 7-inch tablet with even half-way respectable specifications, those prices can’t be beat.

Now it’s 2014. If the pattern holds, we’ll likely be seeing the successor in the Nexus 7 line arrive sometime in July or August. Going back to our rumor bag, this time around it might be made by HTC. To be frank, we’re fans of HTC hardware. Our relationship goes way back into the Windows Mobile days (even before it was called “Windows Mobile”). An HTC-made tablet would be an amazing piece of workmanship. Remember, back in the day, HTC was the company that all the other OEMs would go to for design and to manufacture their PDAs and other portable devices.

However, being a Nexus does two things to a company. First, it downplays the manufacturer’s brand. Who cares who made it, it’s a Nexus! That becomes the name brand, not the company that put it all together. Second, sacrifices must be made in order to drive the price down. This cuts in to profit margins, and with HTC, profit is something that’s in short supply these days.

HTC is making a comeback, don’t get us wrong. It’s flagship smartphones and phablets typically get high-marks from us and others in the industry. On the other hand, its tablets haven’t done so well, primarily because of their price. Looking at the three tablets we mentioned previously, each sold for more than all of the Nexus tablets to-date — again, that’s not even including the subsidy factor. To build a successfully spec’d tablet, and be able to sell it at a Nexus price-point will be a challenge should HTC be the OEM selected.

We hope HTC is selected to build the next Nexus tablet, and we’ll likely be the first people “in line” to buy one for ourselves. We’re just concerned that an HTC Nexus tablet may not be the best way to get back into the tablet game.

Fitbit is now offering a 90-day free trial of its Fitbit Premium service to anybody who wants to exercise during the time they’re at home
YouTube 1.8M
Facebook 572K
Twitter 196K
Instagram 134K
RSS