The HTC we knew and loved is gone

HTC is far from what it was back in the day, and it just doesn’t have what it takes to compete with the big boys anymore. Read to find out more!
Published 04 July 2018, 19:31 EDT

The writing’s been on the wall for a long time, but I’m finally coming to terms with the fact that the HTC we all knew and loved is gone, and will likely never return. This week, HTC announced that it is laying off 1,500 manufacturing employees in an effort to reduce costs, reducing the company’s employee count from 6,450 to roughly 5,000. While a reduction like this is quite common for a company that’s been bleeding cash for the past few years, this round of layoffs comes just months after HTC sold 2,000 of its engineering employees to Google.

Over the past few years, HTC hasn’t been a huge player in the smartphone space, but that wasn’t always the case. At its peak, HTC built more than 45 million smartphones a year, but those days are long gone. For those of you who don’t remember, HTC was building smartphones years before Apple “invented” the smartphone. I owned the HTC Magician in 2005 and used it as my phone, MP3 player, camera, and gaming device since its d-pad was perfect for the SNES emulators that were available for Windows Mobile. 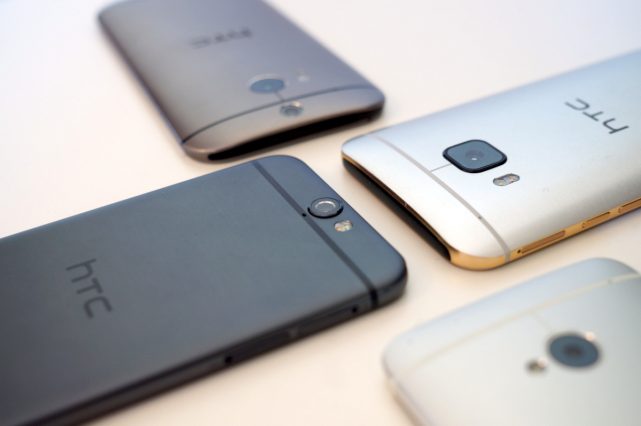 Android fans know that the platform’s first few years were directly linked to HTC smartphones. The original T-Mobile G1 was built by HTC, as was the Nexus One, the HTC EVO 4G and most of T-Mobile’s myTouch devices. The company partnered with service providers across the globe, ushering in the 4G LTE era. But the company’s close ties to service providers would eventually become HTC’s downfall. Eventually, HTC thought that its brand was strong enough to stand on its own—and for a while, it did. The HTC One M7 and HTC One M8 were a success for HTC, but the company started to see its market share slide since these smartphones were no-longer carrier exclusives and had little marketing support from the service providers that were selling them.

Once the HTC One M9 was released, things took a turn for the worse. HTC played things safe, producing an unremarkable smartphone that no one wanted to buy. Since that misstep, HTC has been desperately trying to regain its footing. The HTC 10, HTC U11 and the new HTC U12+ have all been decent phones, but they’ve all lacked that spark of innovation that made HTC phones desirable. For years, HTC was an innovator within the smartphone space, but the last innovative feature HTC introduced us to was the dual-camera which made its debut on the HTC One M8.

While I’d love to see HTC hit the reset button and somehow turn things around, there’s little chance that the company will ever gain enough momentum to regain its place as a leader within the smartphone space. HTC could reinvent itself as a niche manufacturer that could compete directly with OnePlus, but that would require a Cher Wang and her management team to swallow their pride and admit that HTC just doesn’t have what it takes to compete with the big boys anymore.