HTC Droid DNA Spotted In Verizon Leak; Is This The 1080p DLX?

We’ve known HTC’s anticipated five-inch 1080p Android by a number of different names. It’s coming to Japan as the HTC J Butterfly, and we’ve heard about the phone preparing for a launch in the states as model 6435LVW, the Droid Incredible X, the One X 5, and the DLX. A new Verizon minimum advertised price contains mention of a previously unknown HTC smartphone, the Droid DNA, tied to that same 6435LVW model number. Could this be how the DLX finally arrives?

A release date around Thanksgiving, as suggested here, certainly sounds plausible, but what about that price? Verizon’s not afraid to charge $300 on-contract for cutting-edge smartphones, especially larger devices. On this list itself you can see the Note II pegged with just such a price tag; sure, this HTC is a bit smaller, but it’s still a five-inch model, and that 1080p display sounds like the kind of premium feature that might demand a price to match.

On the other hand, there’s not exactly a glut of HTC Androids waiting in the wings for a Verizon launch, and the model number matches what we’ve been expecting, so we’re willing to give this theory a chance, hoping to come upon some new evidence soon.

What do you think of the name, at least? 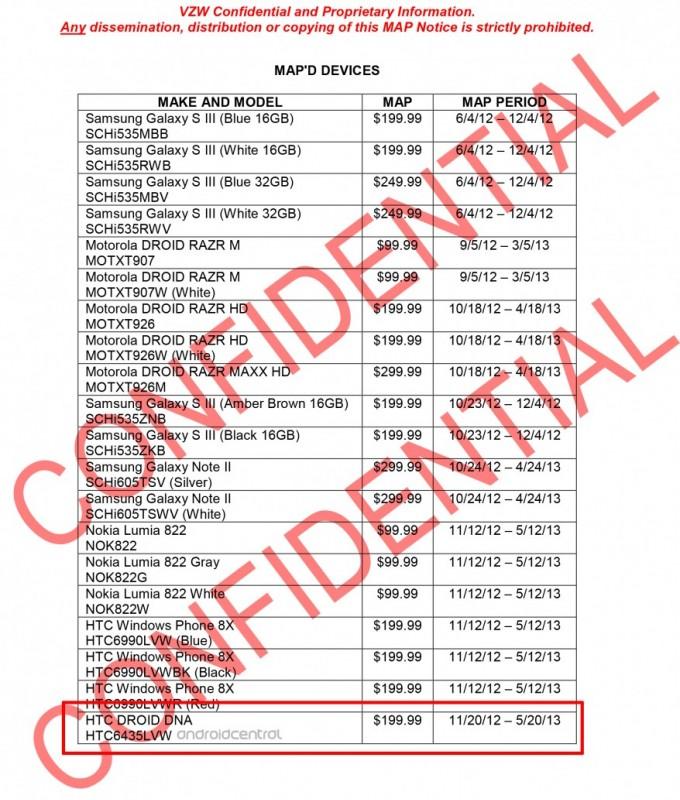