The HTC Desire T7 tablet surfaces after a couple dormancies

HTC’s made the Flyer and the Nexus 9, but will it officially release the Desire T7? It’s been found in GFXBench results and Indian imports database Zauba.
Published 23 January 2016, 21:20 EST

HTC doesn’t often make tablets — in fact, it’s only made two. One of them (the HTC Flyer, pictured above) was fine, the other not so much. There’s been a contingent in the mobile tech community that keeps looking forward to a great big lovely slab from Taiwan. The company may be putting out another one soon, though it may not excite the power users.

And it may not end up existing. We’re looking at a budget tablet that had rumors stretching back to May of last year. But we now have GFXBench diagnostics and an import listing from Indian database Zauba. 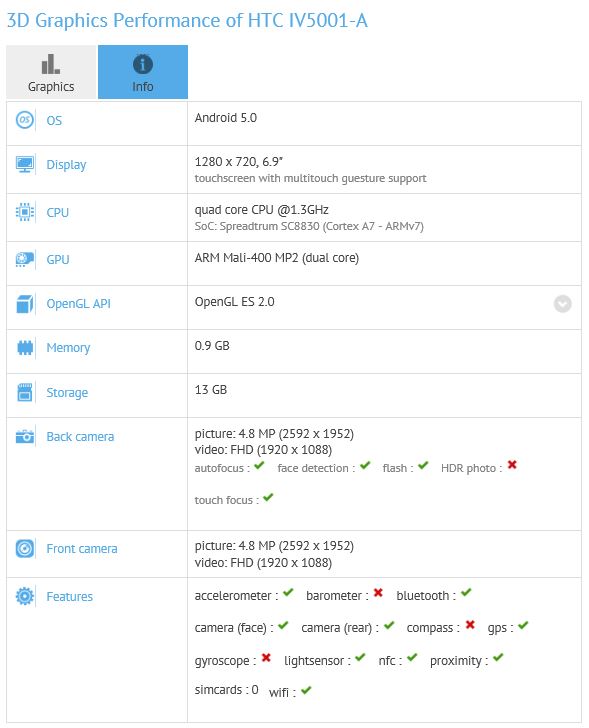 The low-end Spreadtrum processor, Android Lollipop and a pair of 5-megapixel cameras don’t make this a hot commodity. But for the right person at the right price, it could be. The Zauba listing is where we get the Desire T7 name for this tablet, one that’s worth to HTC about $170 at this point.

Thing is, the benchmark came in May and the import listing in June. And the speculation spectrum is focused on seeing this tablet through to MWC, though we don’t know much where afterwards.