This full HTC Desire EYE vs Samsung Galaxy Note 4 specs comparison will fill you in on the differences between HTC’s selfie phone and Samsung’s monster.

Let us begin by first stating that there is only one category where the Desire EYE beats out the Note 4, and that’s also the most obvious one: the front-facing camera. Seeing as though HTC’s shoved a 13MP BSI sensor and dual-LED flash in the front of the Desire EYE, that’s pretty expected.

That’s the only green box for HTC, however; Samsung wins out eight other categories. The pixel density, largely because of the QHD resolution, is nearly 100 ppi higher on the Note. The clock speed on the processors and the addition of more cores on the Exynos Note results in another win. The inclusion of more RAM and storage results in yet another win. And the list goes on.

We’ve embedded the full HTC Desire EYE vs Samsung Galaxy Note 4 comparison in image form below, if you’re interested. Be sure to also leave us a comment with your thoughts! 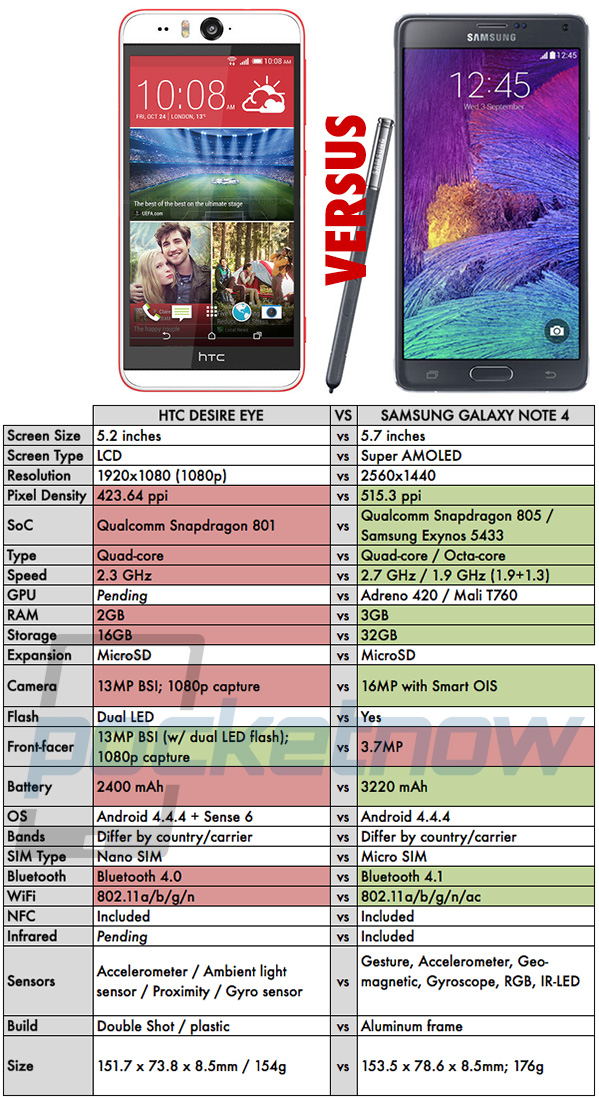