Back in May of this year we took the HTC Desire 816 for a spin and concluded it was “a mid-tier phone with flagship DNA”. We hoped those genes were dominant and that we’d begin to see more flagship-like performance out of HTC mid-rangers. This time around we’re looking at the HTC Desire Eye – and with its huge front-facing selfie camera, it’s looking right back at us. How does it perform? Will it follow in its brother’s near-flagship footsteps? Should you consider the Desire Eye for your next phone? Let’s dive right into the HTC Desire Eye review!

The Desire Eye feels solid in the hand. Its rounded corners look nice, and its edges are also rounded over for a comfortable but secure grip. Unlike the One M8, the Desire is made of semi-matte polycarbonate, not hyper-glossy aluminum. This does an excellent job fighting off fingerprints, but (like the One M8) we wish it was a little more “grippy.”

The Desire Eye eschews the rounded back of the M8 and E8, opting instead for a flat slab that is very stable on your desk. Opting for polycarbonate rather than the aluminum unibody of the One M8 means the Desire Eye has a little flex to it, but nothing that should trigger a “bend-gate” scandal. Weighing in at 154g, it’s no lightweight, but it doesn’t feel particularly heavy. Despite its svelte 8.5mm thickness, measuring in at almost 152 x 74 mm it does feel large in the hand. Due to its size, HTC had to move its traditional button orientation such that the power button is under the volume rocker on the right side of the phone. This puts it comfortably under your left index finger, but means the Desire Eye is most definitely a phone you’ll use both hands to operate.

The IPX7 rating on the Desire Eye is a very welcome feature. In addition to being dust-resistant, the Desire Eye can survive a splash or even a dip in water (up to a meter deep) for up to 30 minutes. Our review model got to the Pocketnow Utah offices just in time for the rainy season. In the past we’ve tried to hide our devices from the rain, but the Desire Eye felt right at home with a spattering of rain on its screen, and we felt less nervous about using it in wet and humid places than we have with any normal phone we’ve reviewed (“durable” phones notwithstanding). 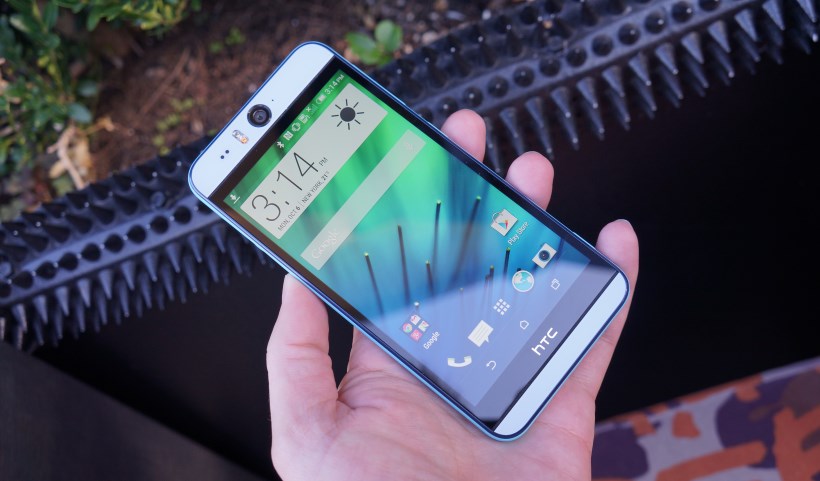 Turning to the front of the phone, we really love the front-firing BoomSound speakers on the Desire Eye. HTC decided to hide the speakers in plain sight, with black-colored, recessed grilles flanking the top and bottom of the screen. So far we’ve been surprised how little dust these have gathered, and they sound absolutely wonderful.

The screen on the Desire Eye really stands out with its bright (but not over-saturated) colors, and deep blacks that look great, especially when watching Netflix or other videos. This is thanks, in part, to the 5.2-inch full HD (1920 x 1080) LCD panel that HTC opted to use, with a pixel density of 423.64 ppi for very sharp details and crisp text.

Inside the Desire Eye is 16GB storage space, which really isn’t a lot, and there’s no 32GB option. To combat this, an empty microSD slot is included, capable of adding an additional 128GB capacity for pictures, videos, and even apps if you want to go to the trouble of moving them over. 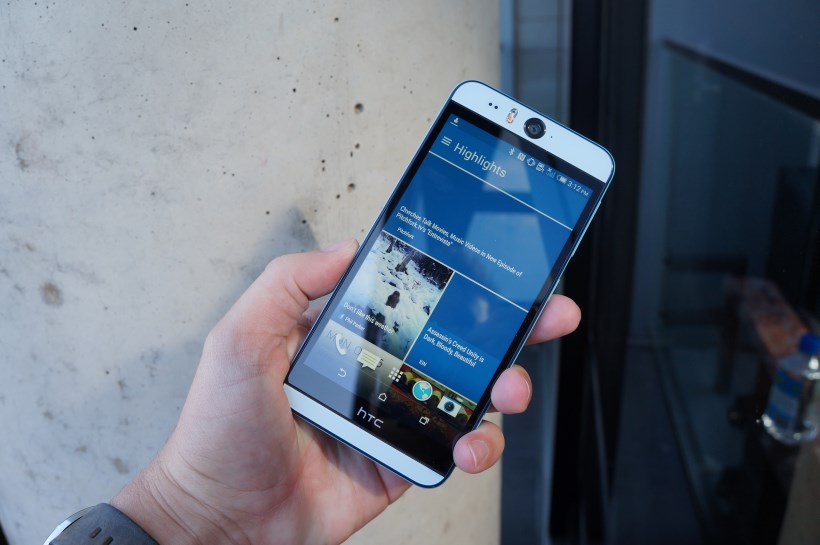 HTC included Android 4.4.4 KitKat with Sense 6.0 for the Desire Eye with some sources claiming an update to Lollipop slated for sometime in 1Q2015. We’ve talked about Sense UI 6.0 many times before, and there’s really nothing new to add here. Sense, along with HTC’s own suite of software, doesn’t fight stock Android; it complements it. HTC has done a tremendous job unifying both their operating system environment and their preloaded apps such that everything feels like it belongs together.

AT&T decided to preload some of its own software on the Desire Eye, about two dozen titles in all. Some of these apps are extremely helpful, while others just take up space. The latter titles cannot be uninstalled, just “deactivated”. 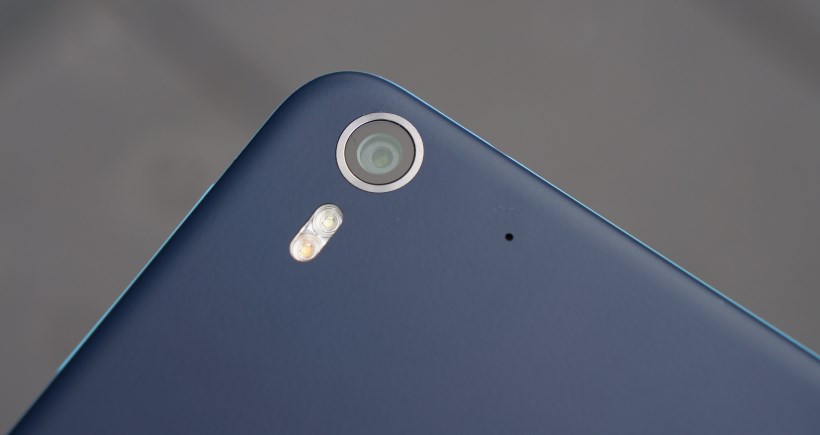 When using the main camera on the HTC Desire Eye, stills were crisp and clear, and colors were vibrant. Blurry pictures were the exception rather than the rule, and were usually the result of focusing on something in the distance rather than an object in the foreground. The rear-facing camera doesn’t offer optical image stabilization, and the positioning of the lens takes a little getting used to keep your fingers out of the way.

Pictures taken in bright light looked best, as one would expect. Pictures taken in low-light situations without the flash were fair, but not outstanding. The dual-LED flash really helps, but we wish that it did better grabbing details when lighting wasn’t idea. HDR helped in these situations, but it’s not a guaranteed cure. 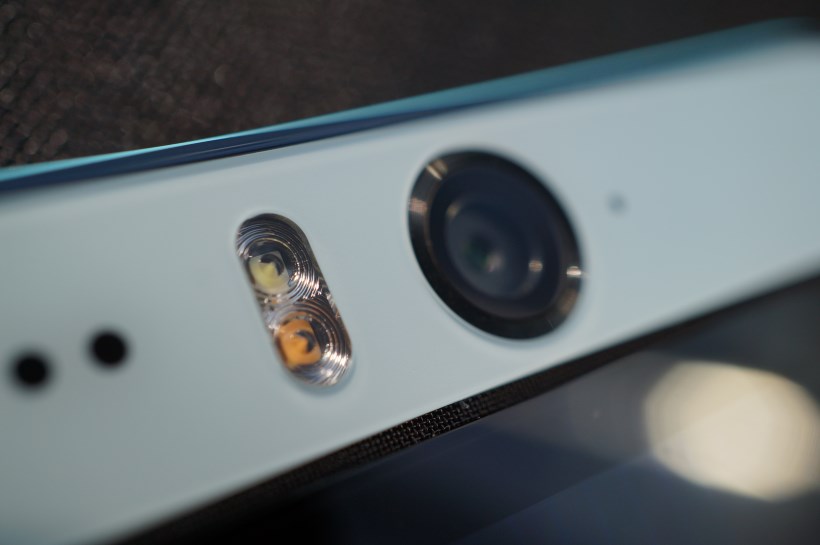 Of course, the main selling point of the Desire Eye is the 13MP front-facing “selfie camera.” HTC opted for better wide angle views than low-light performance here, but given the nature of selfies, we think it was the right call. Before we argue about whether or not selfies have any redeeming social value, keep in mind that this is the camera that you’ll be using for video hangouts, Skype calls, and face-unlocking. In each of those scenarios, a high-resolution selfie camera is very beneficial – and the Desire Eye doesn’t disappoint.

Videos taken with the Desire Eye weren’t anything particularly noteworthy. We noticed quite a bit of choppiness in videos with even small amounts of motion. Image quality, however, was right in line with that taken with the camera in “stills mode”.

The camera app comes with some neature features that you’ll probably play with once, then forget about, including a split-screen mode for taking a picture of yourself while you’re taking a picture of something else, a photobooth mode that takes a series of selfies one after another and stitches them together, and more. The Desire Eye even comes with a dedicated, physical shutter button. Pressing the button while in the camera app will fire a shot. Long-pressing the button from any other app will launch the camera app and switch it to selfie mode. 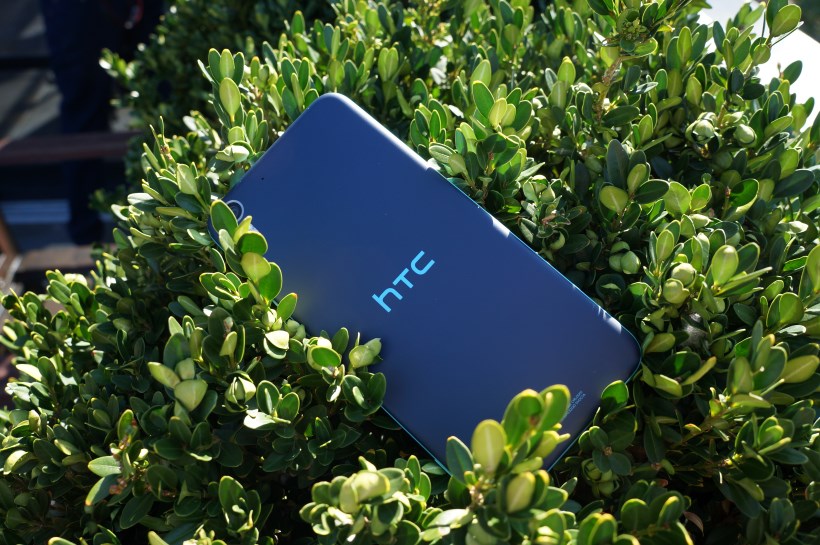 In everyday use the HTC Desire Eye is plenty fast enough for anything you can throw at it. Sense UI is very quick and responsive. We only noticed slowdowns when launching some of AT&T’s pre-installed apps. In synthetic benchmarks, the Desire Eye’s scores fall in line with devices like the Sony Xperia Z2 and the LG G3 – not bad for a phone with a midrange brand. That performance is thanks to a Qualcomm Snapdragon 801 2.3 GHz quad-core SoC, Adreno 330 GPU, and 2GB RAM. All those specs put the Desire Eye very, very close to flagship range. We’ll keep an eye on it over the next few months and report on just how much lag creeps in (or gets patched) in our usual After The Buzz re-review.

With great power comes great battery draw. To address that the Desire Eye comes with a non-removable 2400 mAh LiPo battery, which isn’t huge, but will get you through at least a full day of moderate use. In our tests we were able to stream music for several hours of AT&T’s LTE connection (which performed very well in and around the Pocketnow Utah offices), and even stream a couple movies from Netflix over our 5GHz WiFi access point. Screen-on times of 4+ hours being the norm, we never had a hard time making it through the day. With the screen off, we were able to go several days on stand-by before running the battery completely down.

Once the battery has been exhausted, Qualcomm’s Quick Charge technology is supposed to recharge up to 75% faster than devices without the tech – but you’ll have to use the supplied charger, or one that’s compatible. We were warned about “slow charging times” over and over again when charging with other chargers. Slow wasn’t really “slow,” just slower than it otherwise could have been. Having gotten used to Qi wireless charging on many of our other devices, we were disappointed that HTC opted not to include it in the Desire Eye.

– Cameras were good, but not great
– Currently exclusive to AT&T
– Only available in 16GB variant 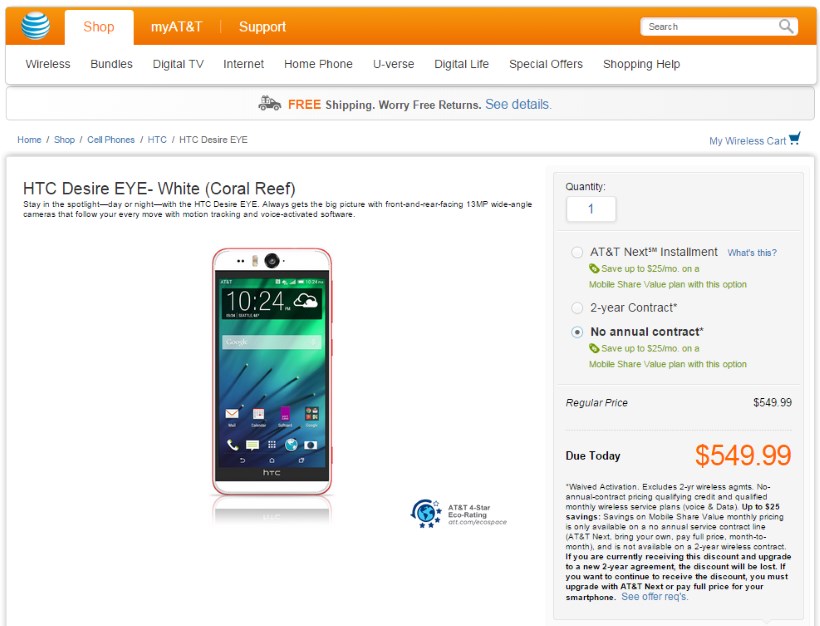 For now, the HTC Desire Eye is an AT&T exclusive. Pricing runs from US$550 with no annual contract to $150 if you’re willing and able to agree to a 2-year plan through the carrier. As of this writing, the phone is available directly through AT&T’s website, and may be available at select AT&T locations as well. 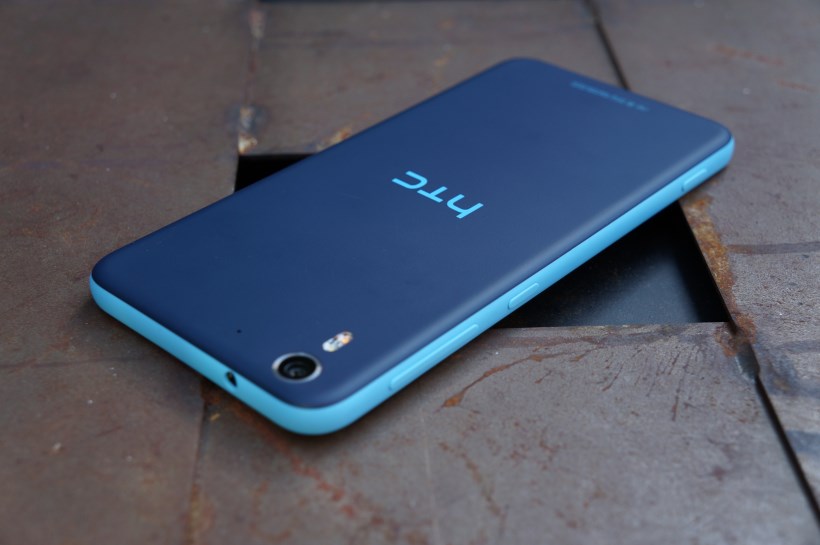 Typically, when we review a phone out here in the Pocketnow Utah offices, we carry our daily driver alongside the review device. This time, the review device was good enough, fast enough, and all around comfortable enough to replace our daily driver. That’s saying a lot. If you’re thinking about buying the Desire Eye for its cameras, don’t let them be your deciding factor: although they’re 13MP they still have their downsides. On the other hand, the Eye’s screen is beautiful and sharp, its speakers sound amazing, its battery is big enough to last all day, and it’s stylish enough to turn heads – which it did on several occasions.

If you still have any doubt, the Desire Eye beat out the One M8 on the 2014 Pocketnow Holiday Shopping Guide:

… it’s hard to beat the Eye’s dual high-res cameras. Throw in some cool design elements like those now-hidden BoomSound speakers and some attractive color options, and the Desire Eye finds itself becoming HTC’s most giftable handset this holiday season. 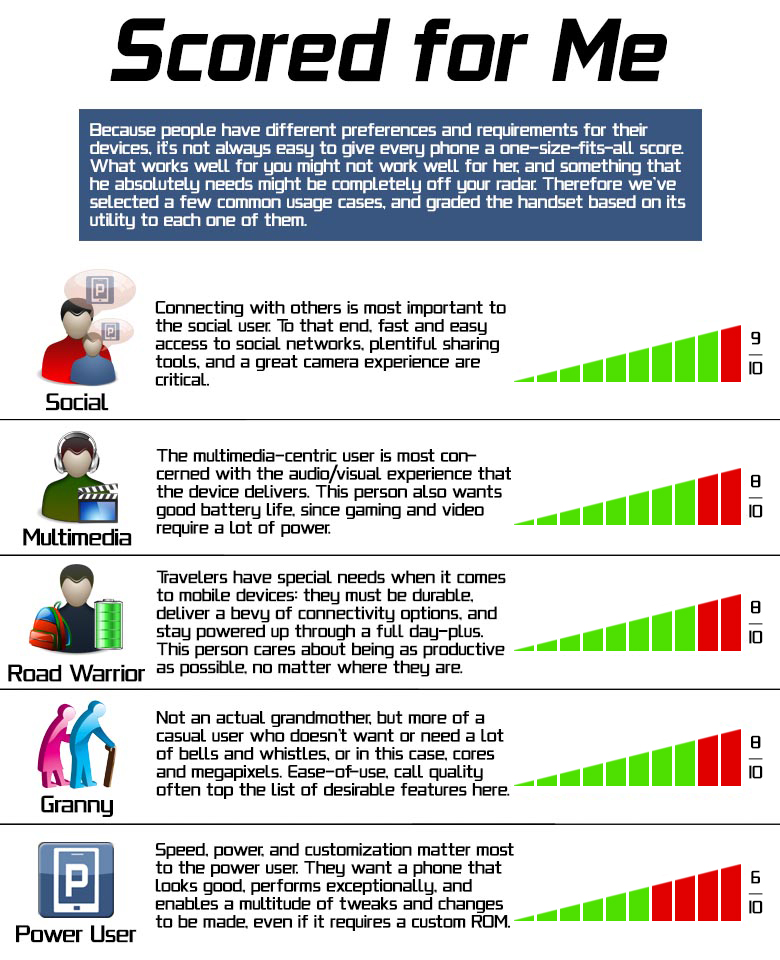 On today’s Pocketnow Daily, we talk about the latest leaks of the Samsung Galaxy Z Fold 3, the Galaxy Z Flip 3, and more.

Check out the latest deals on accessories for your iPhone 12 and the Galaxy S21, and get a pair of Beats headphones which are also on sale

Check out the best deals on the latest MacBook Air, and several Android smartphones from OnePlus, Google, and more