Did HTC find the perfect balance of specs and user experience with its newest, biggest mid-tier smartphone? Find out in our HTC Desire 816 review!
Published 30 May 2014, 17:42 EDT

Devices in HTC’s Desire line have never been intended as flagships, but phones sporting the vaunted “D label” have usually been quite well received. Rather than going all-in and stacking the spec list with high-end line items, Desires sit much closer to the middle. Such is the case with the Desire 816 – but it’s also packing more than a few pleasant surprises under the hood.

Did HTC make too many concessions with its mid-tier phone, or did it manage to find the perfect balance between specs and user experience?

Let’s find out in our Desire 816 review! 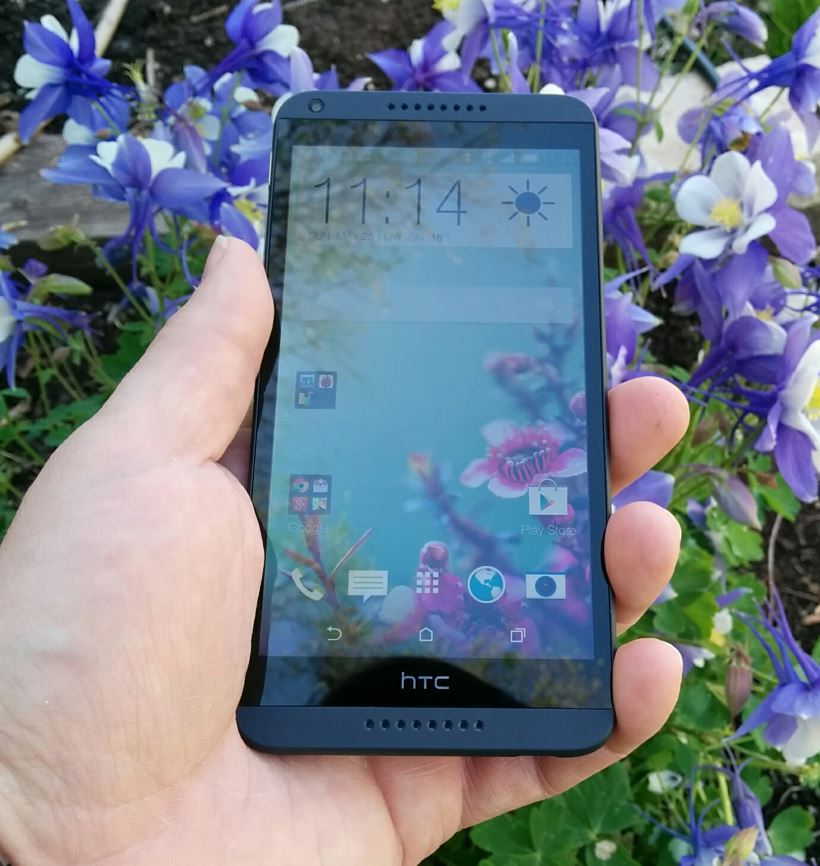 At first glance, it may look like HTC took the Desire 816’s spec sheet to the chopping block, where it seems like innards were cut to the quick in order to reduce costs. Unlike its flagship sibling, the One M8, the Desire 816 is powered by a modest quad-core Snapdragon 400, clocked at 1.6GHz. For graphics, an Adreno 305 GPU pushes pixels to its screen. That’s where things get confusing – in a good way.

At 5.5 inches, the Desire’s screen is noticeably bigger than the One M8’s. The two phones look very similar, but the Desire uses a cost-saving 720p display instead of a higher resolution 1080p screen. The big Super LCD2 panel still manages a respectable 267ppi pixel density, with bold, bright colors. It looks fantastic. HD video feels right at home on the more-than-adequately sized screen. Flanking the screen is a pair of front-firing, BoomSound stereo speakers which are loud, clear, and produced more depth and tone than we’re used to on other mid-range phones.  Complimenting the CPU and GPU is 1.5GB RAM. 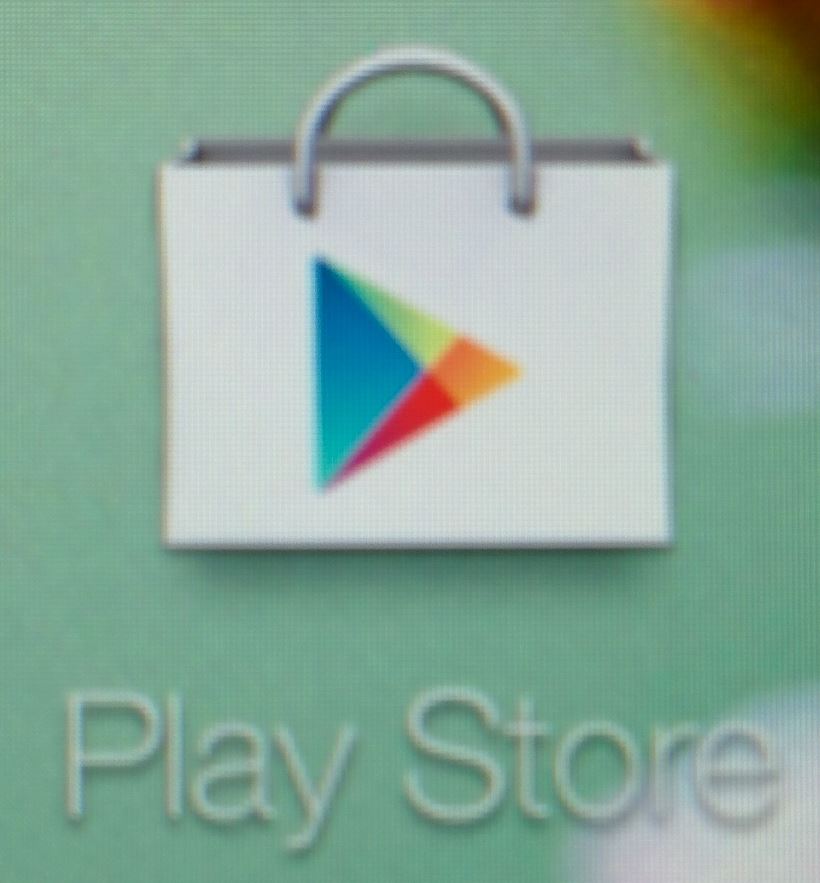 The screen and speakers won’t do any phone much good if it doesn’t have the data capabilities to support them. Here, HTC opted to include LTE support, but kept its WiFi limited to 2.4GHz, so super-fast 802.11ac and the less crowded 5GHz spectrum are out. Nevertheless, in our tests, WiFi was quick and reliable, but T-Mobile’s high-speed data bands (LTE and HSPA+) weren’t supported, so we never got to test anything quicker than EDGE — which we’re sure had a positive impact on battery life.

A phone this big isn’t going to be light, and neither is the Desire, which weighs in at 5.82 ounces (165 g). Even still, it doesn’t feel particularly heavy in hand – just big. 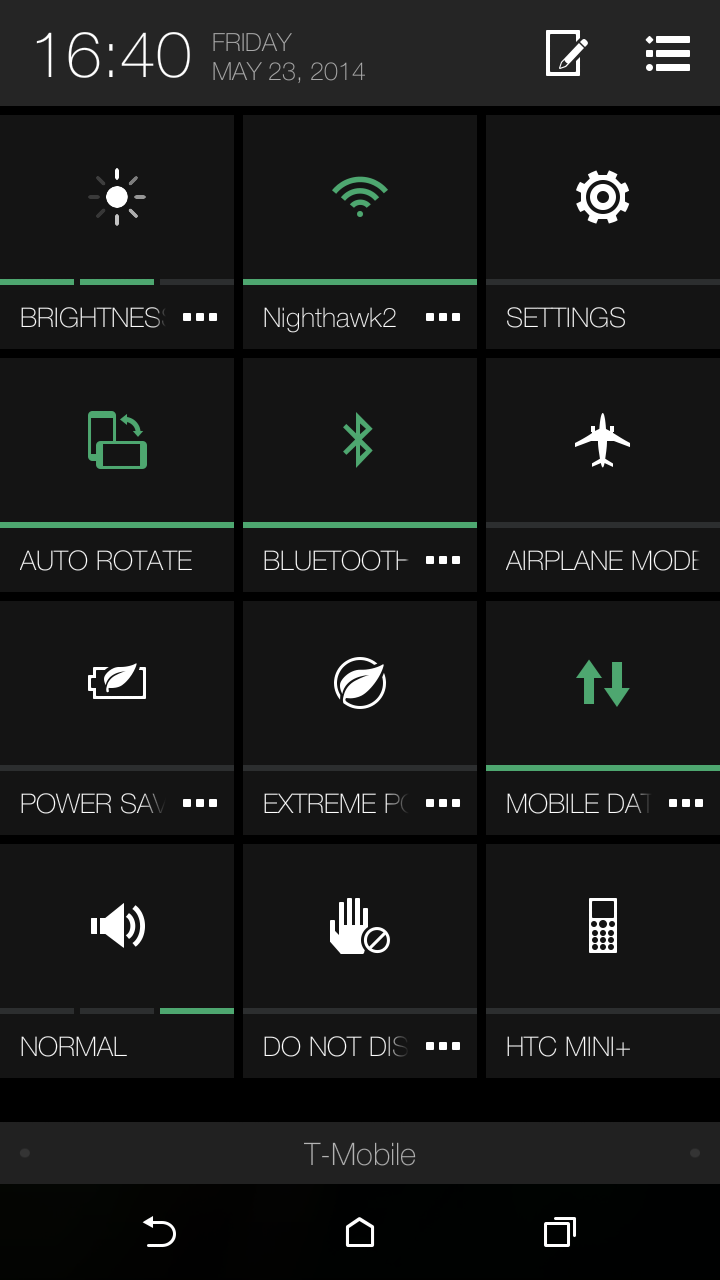 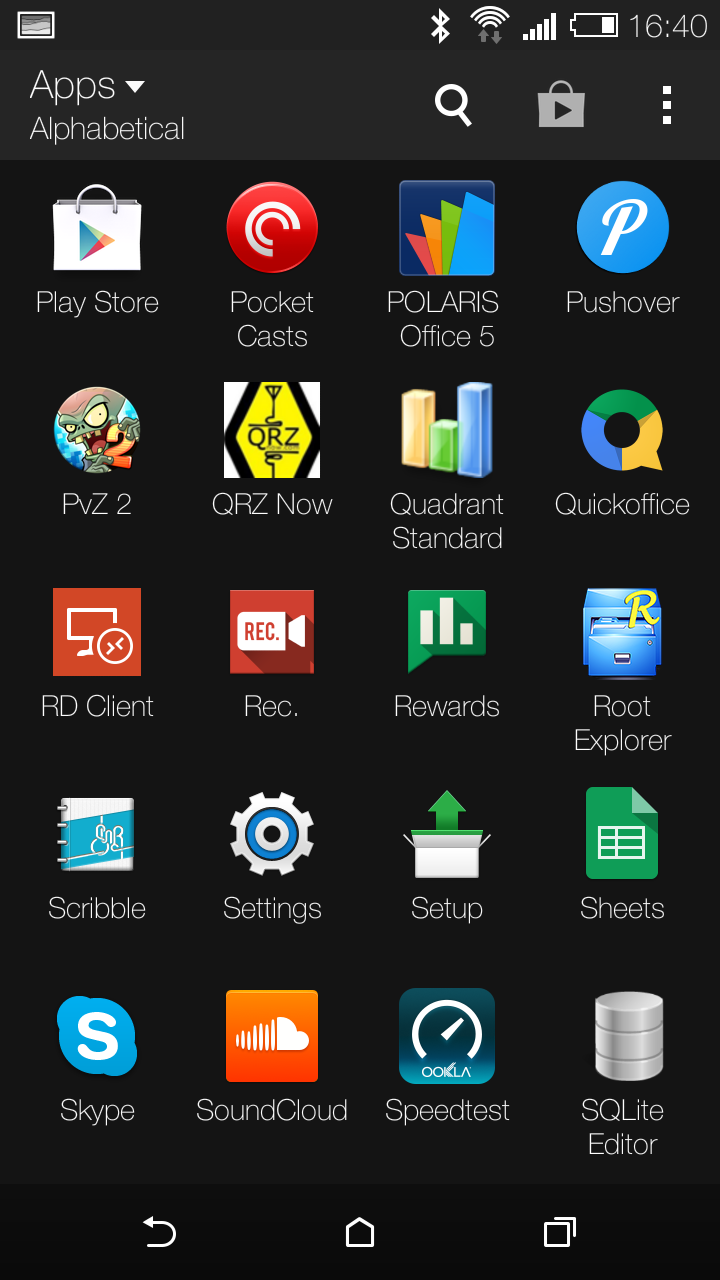 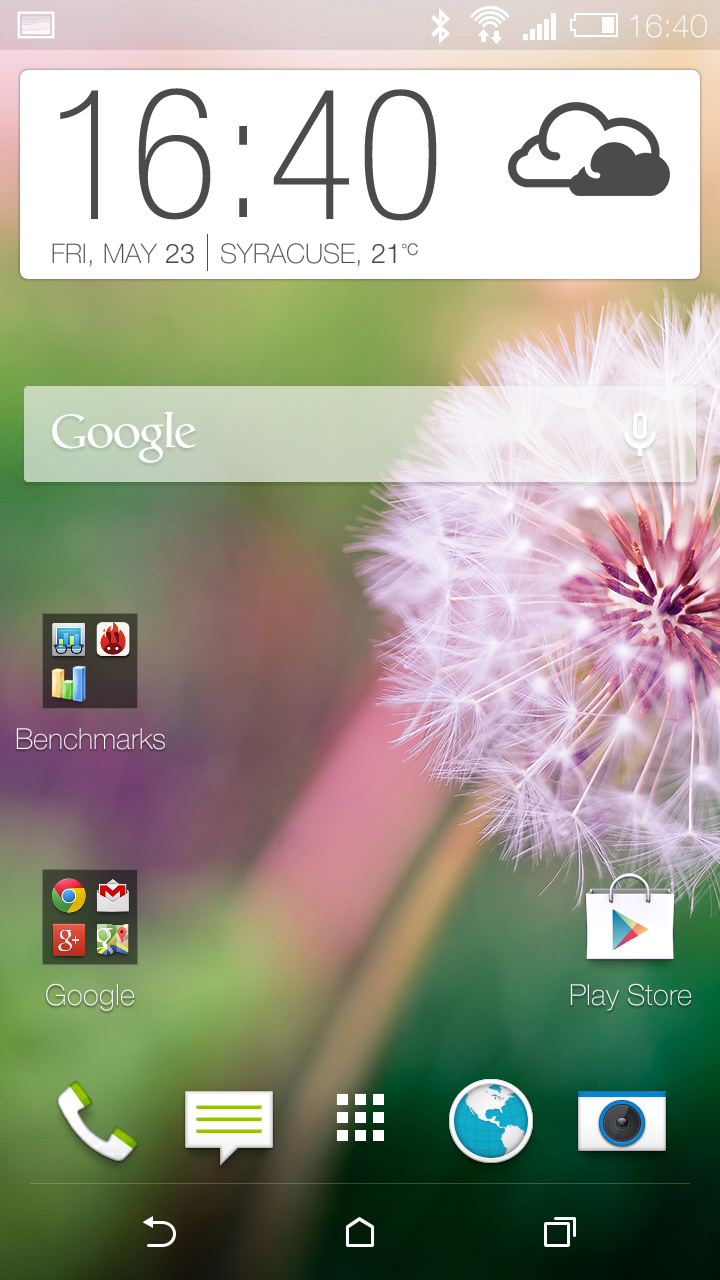 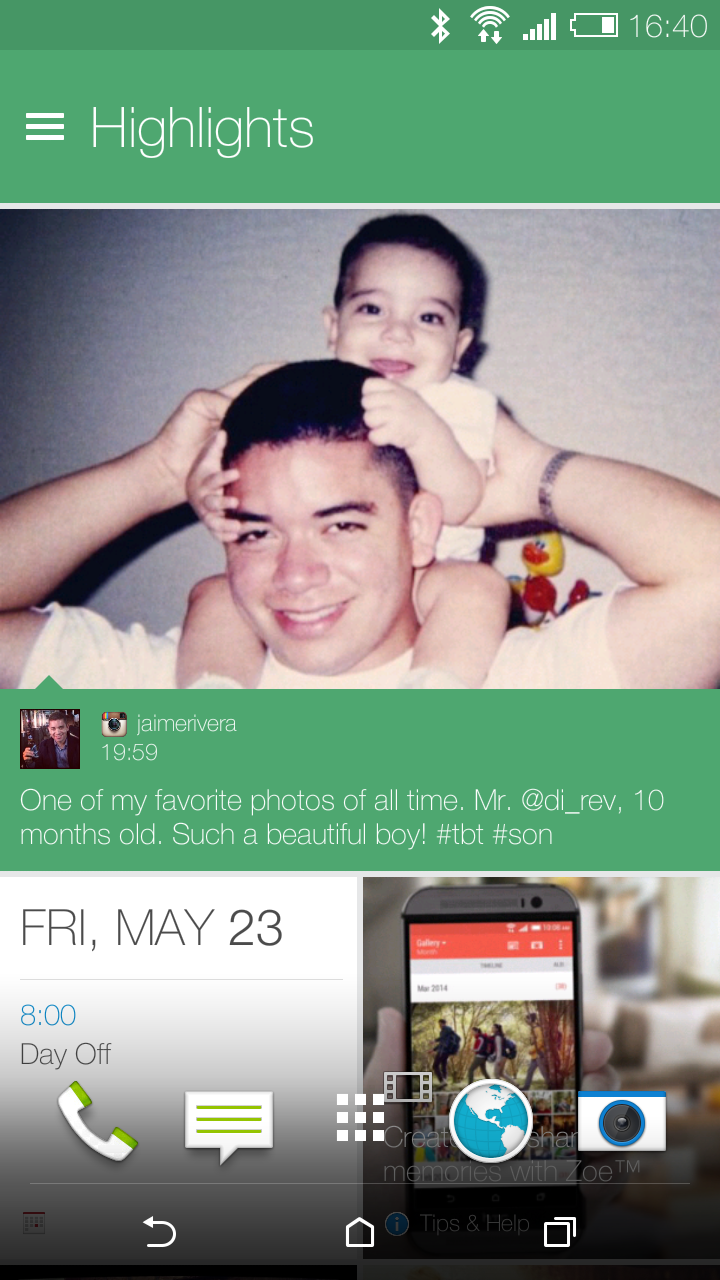 Like other HTC phones, the Desire 816 comes pre-loaded with Sense UI 6 which is a lot less “in your face” than previous versions of HTC’s customized UI. Interacting with the Desire was intuitive, both for those used to stock Android as well as those used to Sense. HTC doesn’t go overboard with bloat, but even still, almost half of the Desire’s 8GB internal storage is taken up right out of the box.

Thankfully, HTC included a MicroSD slot capable of accepting a 128GB card and a very useful settings panel to instruct the device to put files from various sources on the card. Unfortunately, moving apps to the SD card is still a manual process, but at least it can be done. 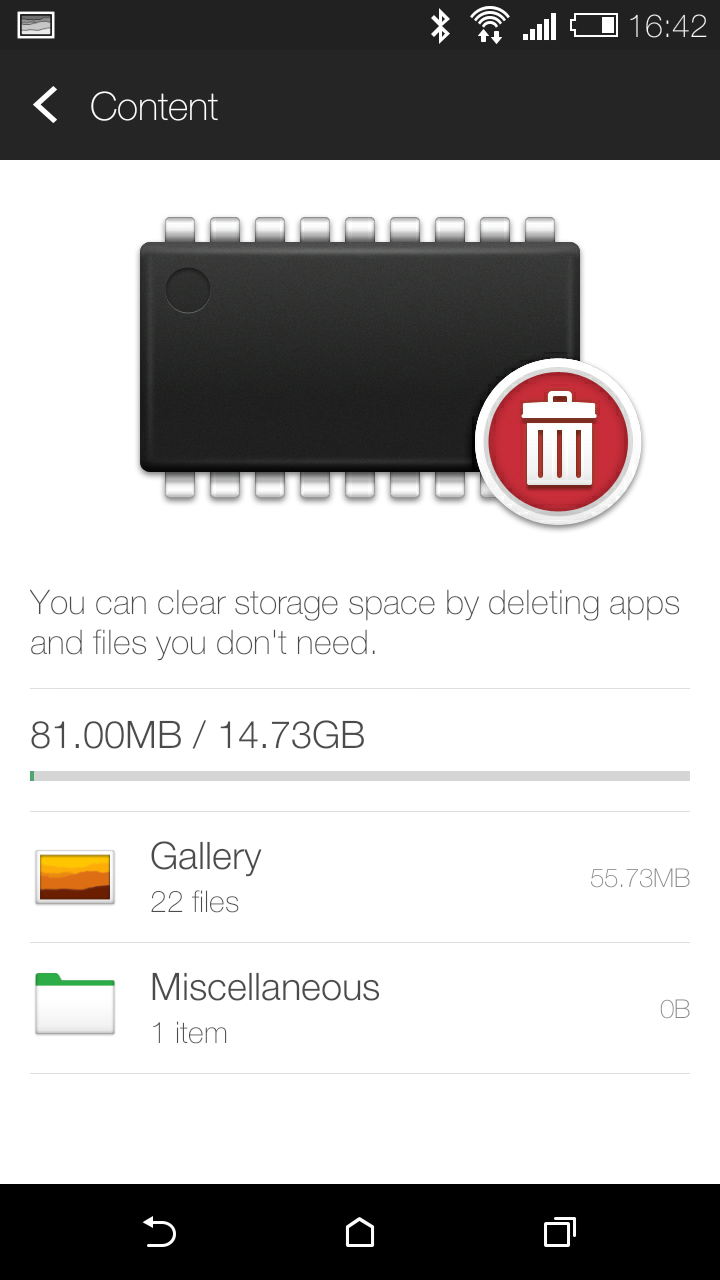 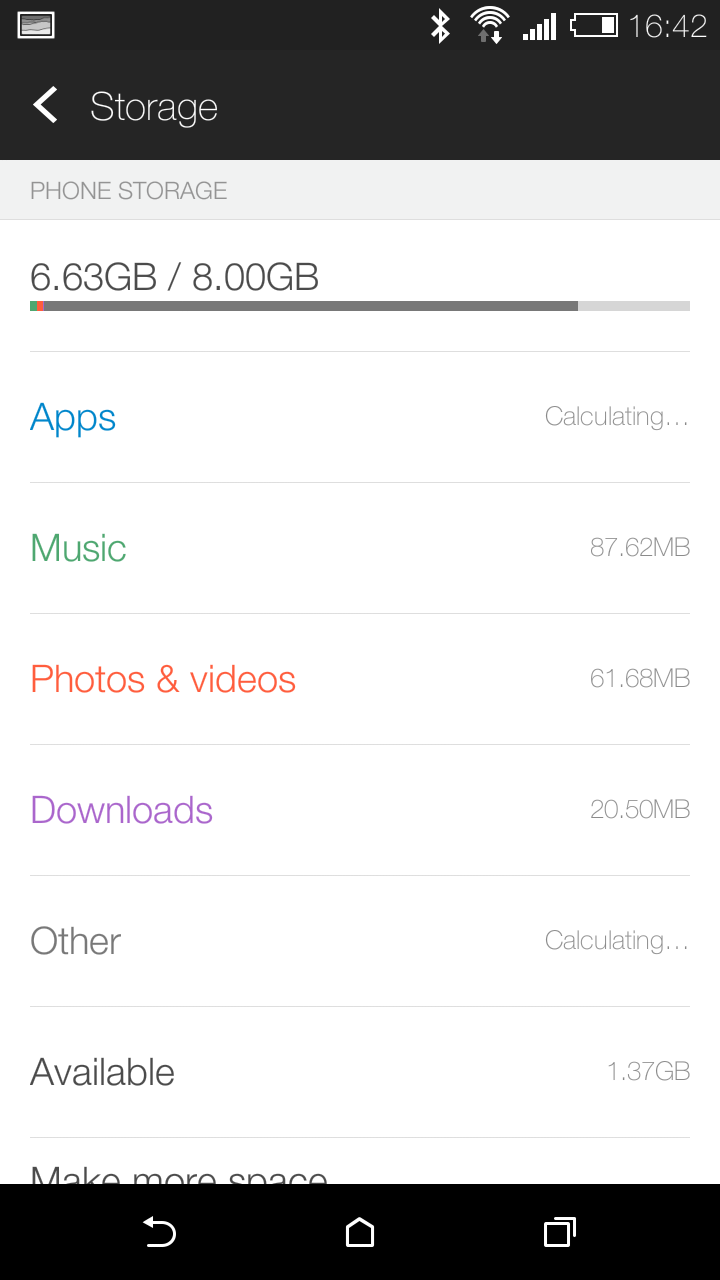 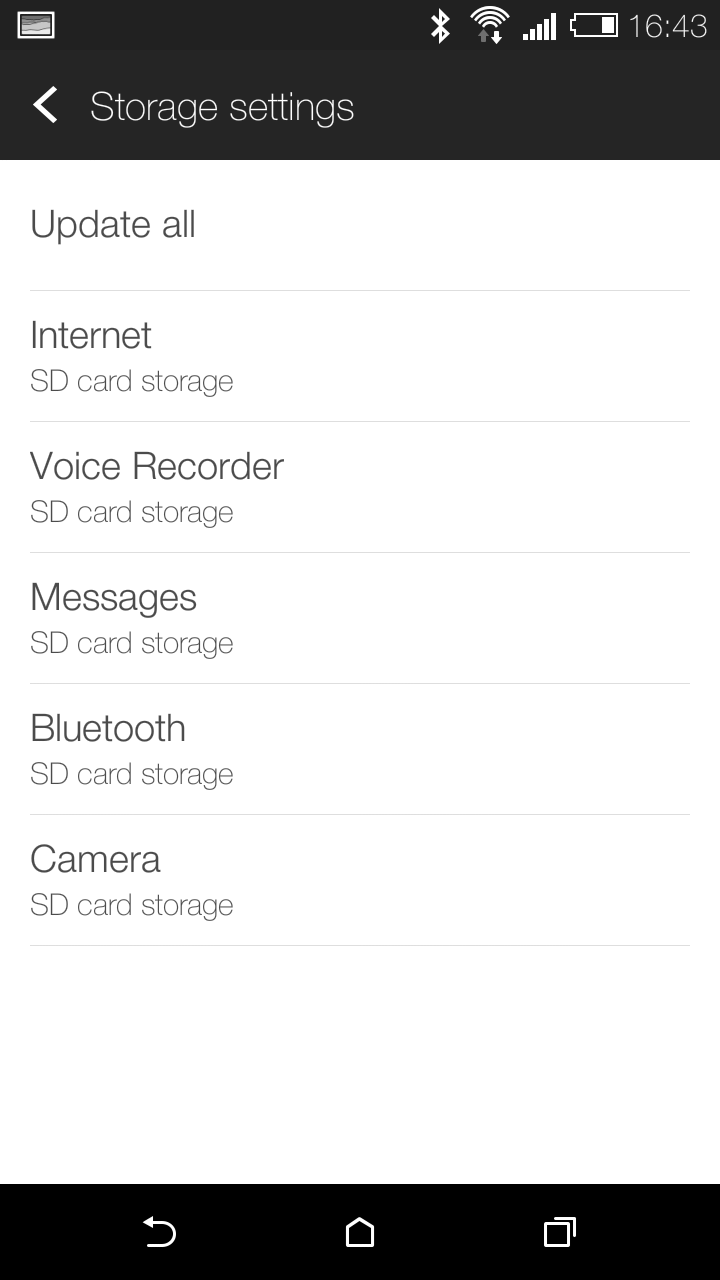 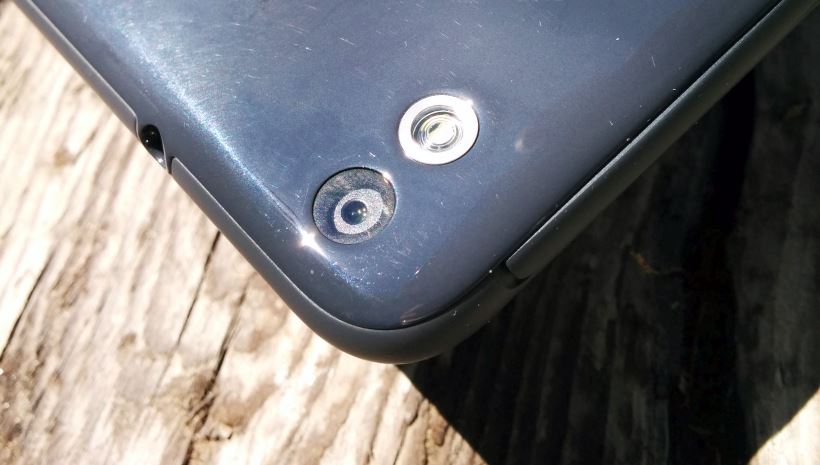 The Desire 816’s camera has all the right specs: 13MP for stills and 1080P for video. Though there’s a lot of detail in the Desire’s shots, it doesn’t do as well in low-light conditions. Pictures in standard lighting did turn out quite well, though: images were generally sharp, colors were vibrant, and the shutter speed in the stock camera app was quick, if not instantaneous. 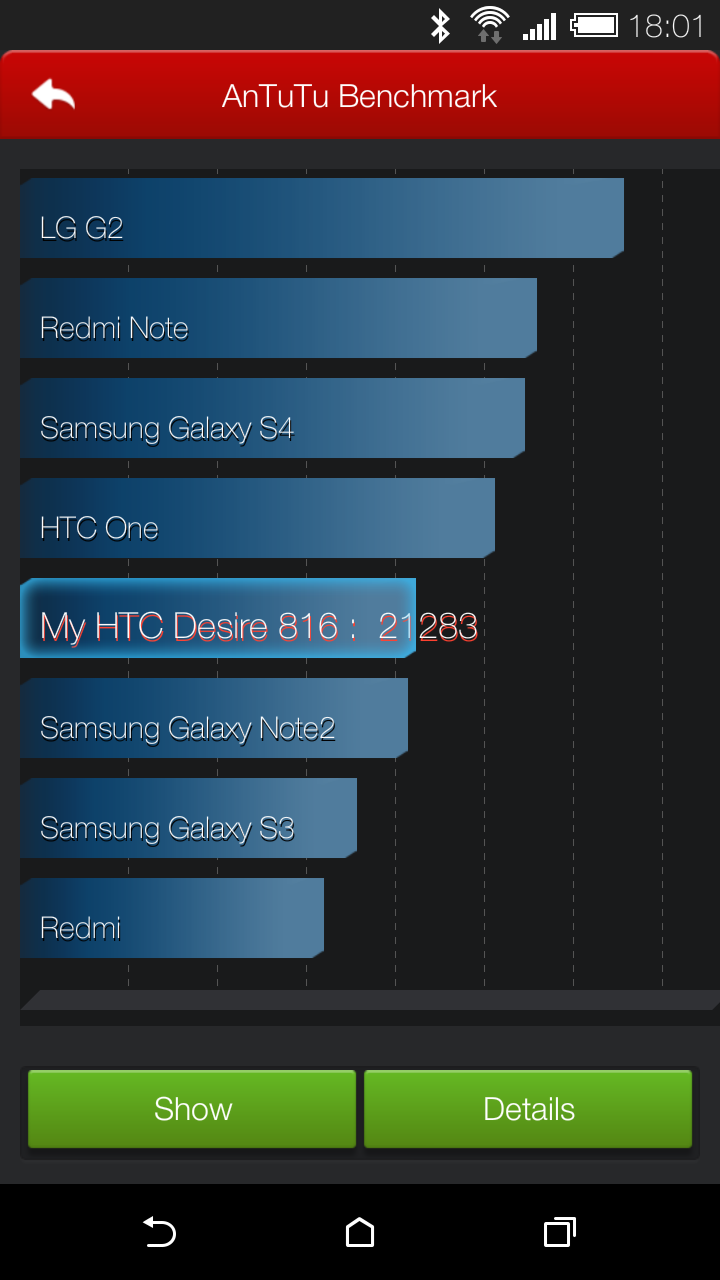 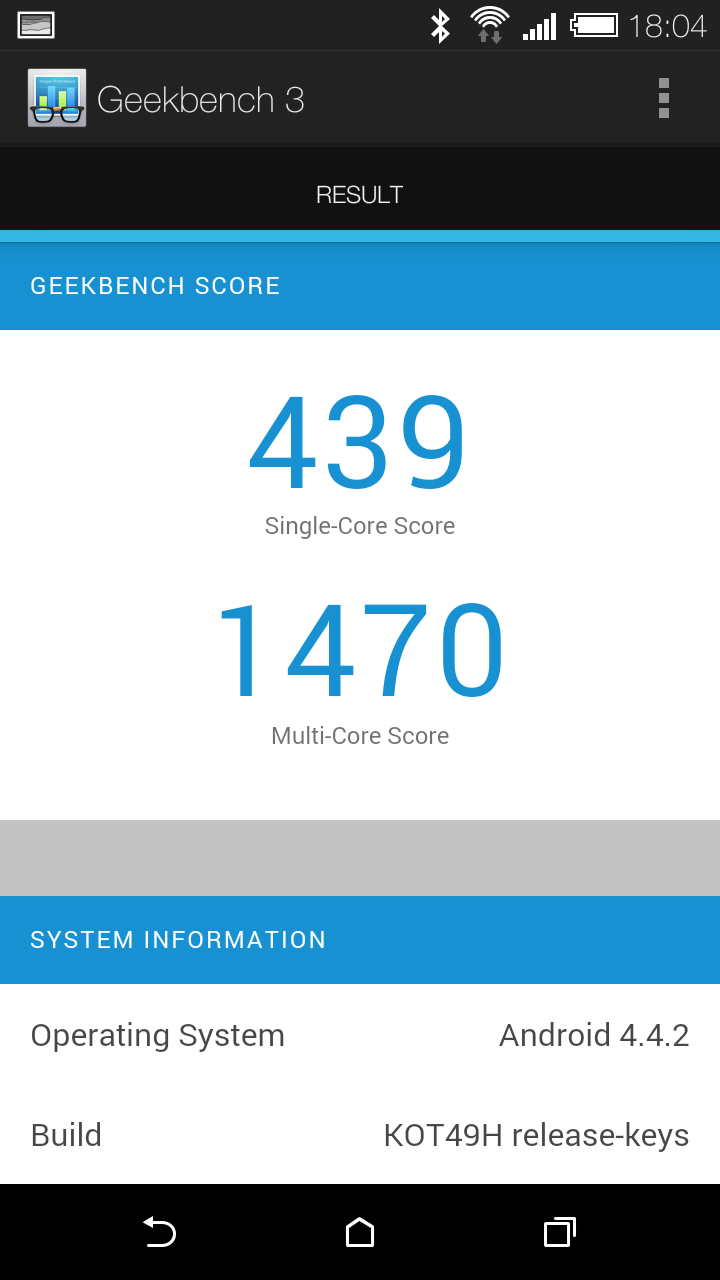 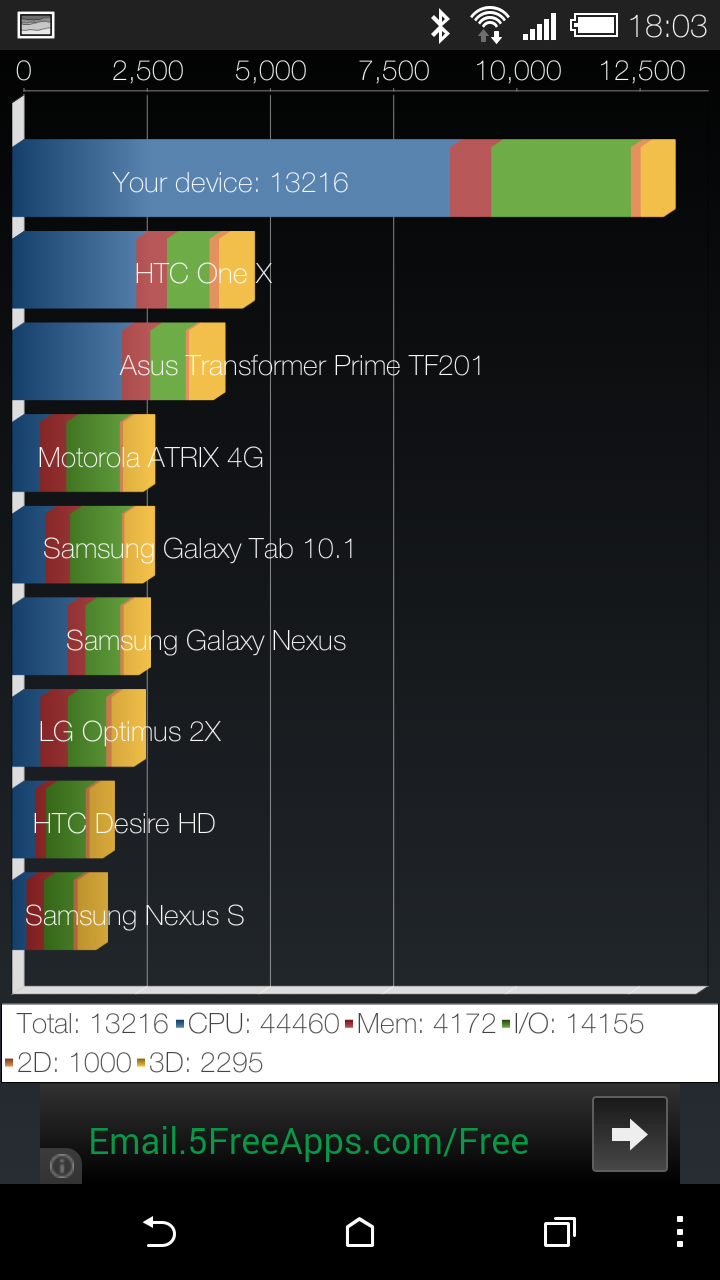 Qualcomm’s Snapdragon 400 was never intended to win any performance contests, which is reflected in its benchmark scores. In everyday use during our 10-day test period, the Desire was responsive and quick, and we never found ourselves waiting on it. While we won’t call it “lag” (because it certainly didn’t feel that way), we did experience an occasional “hesitation” or “hiccup” – but nothing that was particularly distracting. Everyday apps were smooth, BlinkFeed was fluid, and even some of the more “graphically intense” games from the Play Store ran just fine. 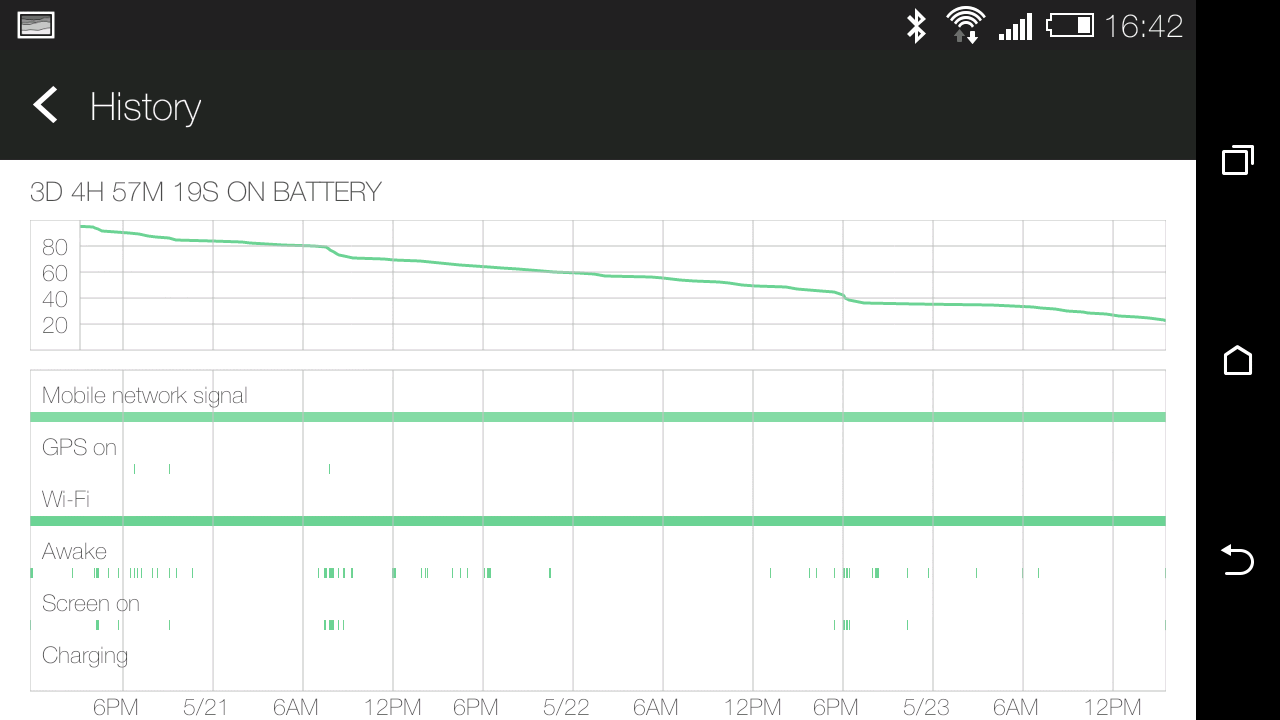 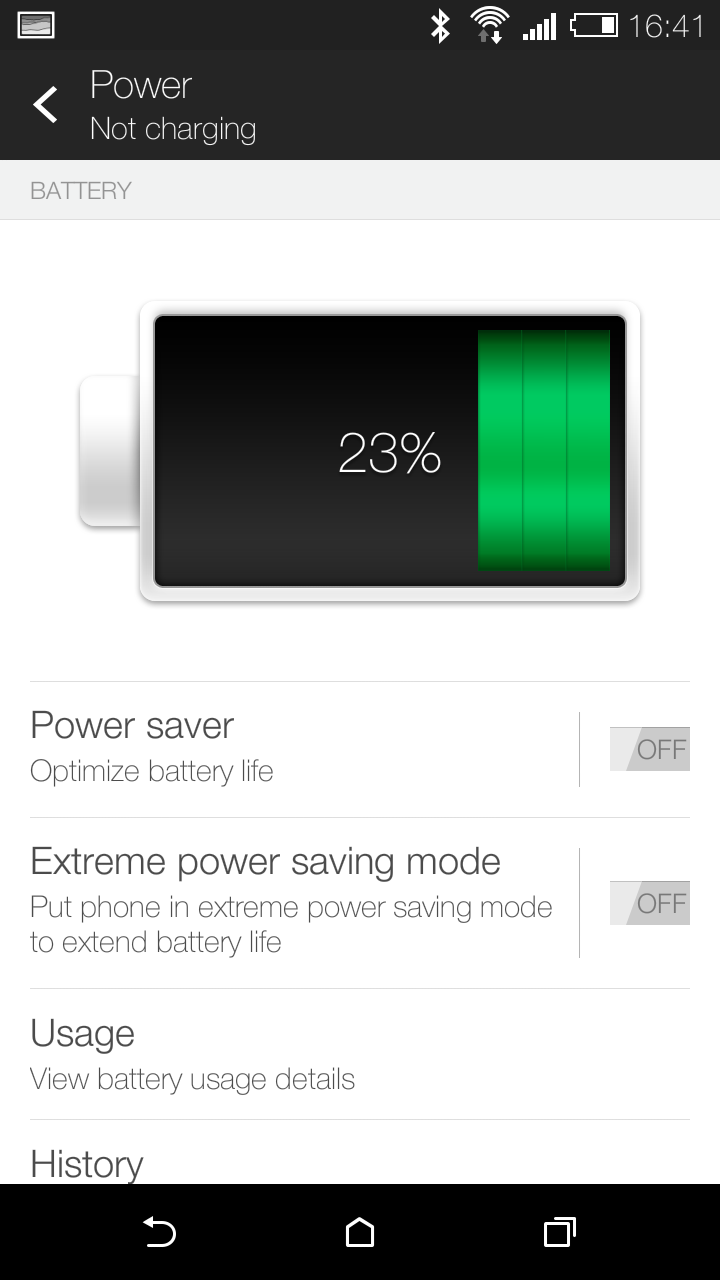 The non-removable 2600 mAh Li-Po battery inside the Desire netted us two solid days of use. This is due to its power-efficient CPU and GPU, and underscored by the 720p (versus 1080p) screen. Keep in mind that LTE and HSPA consume more power than EDGE, so your battery life will likely be less than ours, but should still easily get you through an entire day of moderate use.

Just in case the battery starts to get low, HTC includes both a “Power Saver” feature and “Extreme Power Saving mode” to help extend your runtime, though it does so at the expense of performance and functionality.

Phone call clarity wasn’t astounding, but it was a bit above average. Callers said we sounded crisp and clear, and they came through very loud (we had to turn the volume down a few times, which was a welcome change). Using the Desire 816 with a Bluetooth headset or even our in-car hands-free setup worked flawlessly. Even the speakerphone was better than we expected. 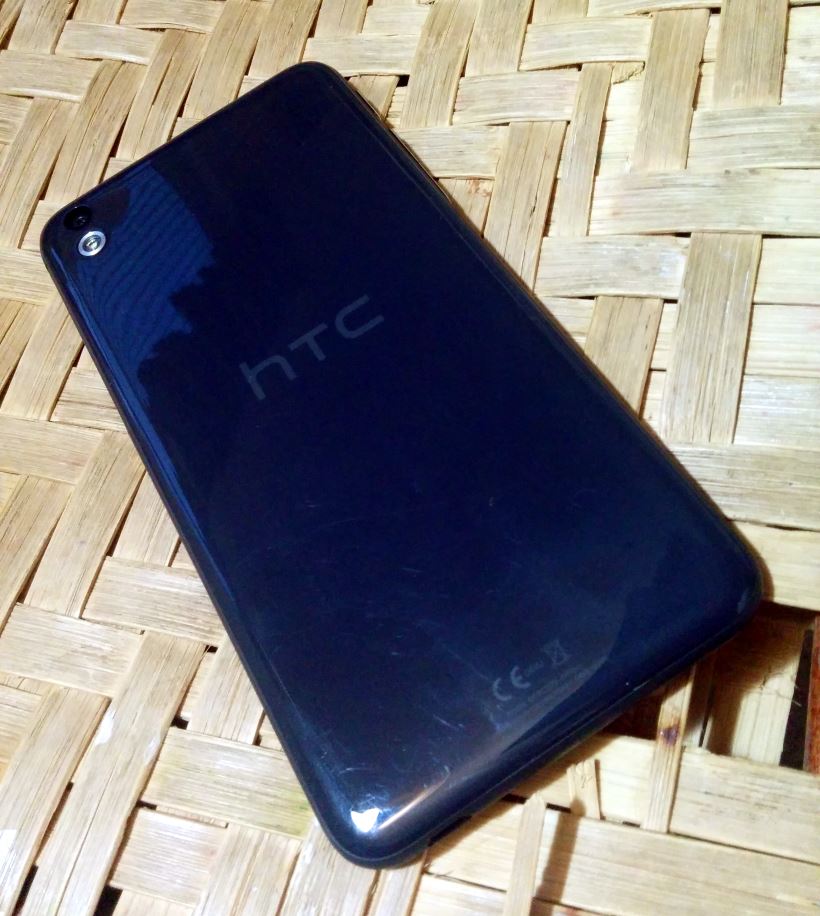 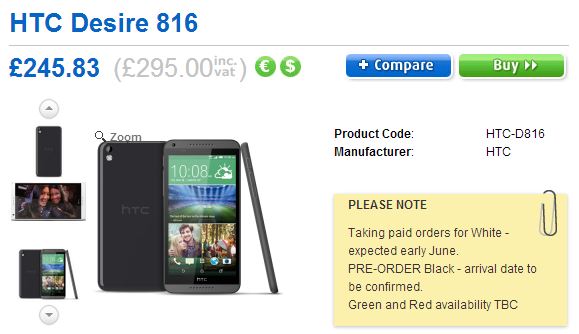 The Desire 816 can be had for around US$400 (£246 + VAT), though if you’re in the States, you’ll probably have to go online to buy it. HTC is targeting Europe and Asia, but online resellers report that it will be available in early June 2014.

HTC built the phone such that it can be produced in different configurations for various regions and carriers – including at least one model which can accept two nano-SIMs. The model we reviewed didn’t include this feature and had this second slot blocked off.

According to HTC, the Desire 816 supports supports the following bands: 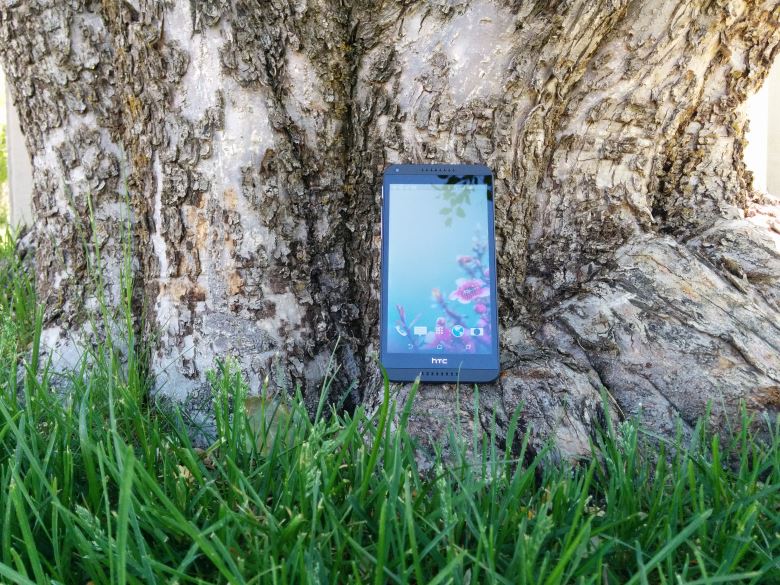 Like we said before, the HTC Desire 816 isn’t going to win any performance contests. What it is going to do is turn heads. It’s big, it’s beautiful, and it performs very well, despite having been pigeon-holed as a “mid-tier” device. The speaker grills look different than those on the One M8, but we actually like the way they look — and we love the way they sound.

Overall, the HTC Desire 816 is a very enjoyable phone to use. It’s big enough to comfortably watch movies on, with a bright screen and wonderful speakers to back it up, but it’s not so big that it can’t be comfortably carried and used as a “normal phone”. Sure, HTC had to cut some corners, but did so to keep the price down.

All factors considered, we feel the sacrifices are well worth it. The Desire 816 is much closer to a flagship than it is to a mid-tier phone. 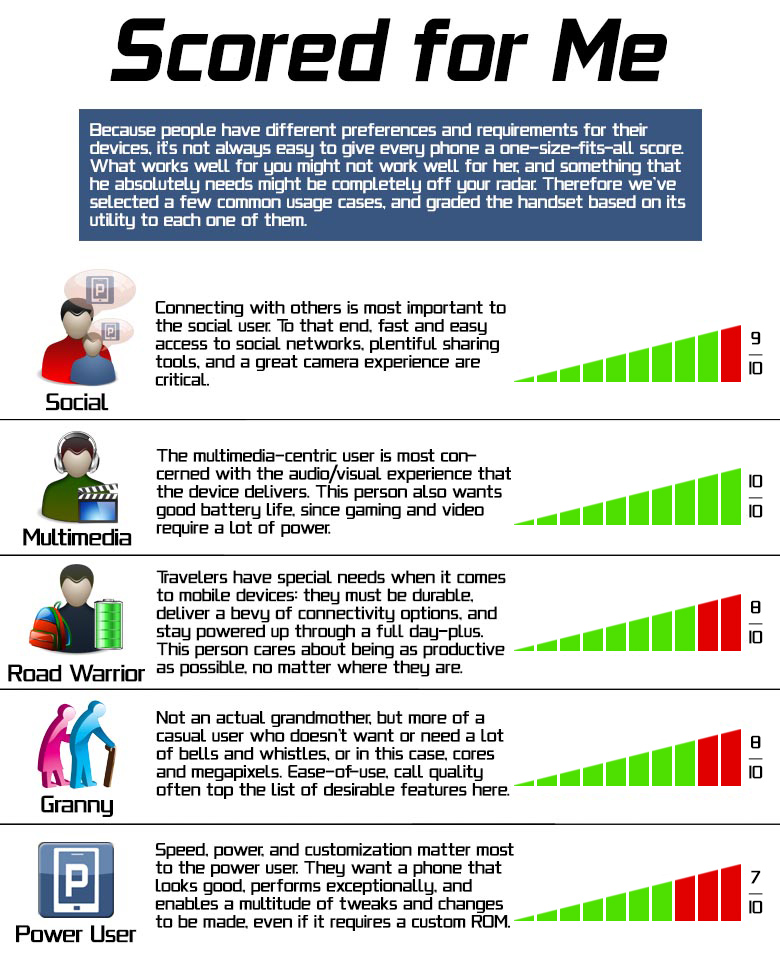 We expect the highest-end variant, the Redmi Note 10 Pro Max to feature the high refresh rate on its AMOLED display.